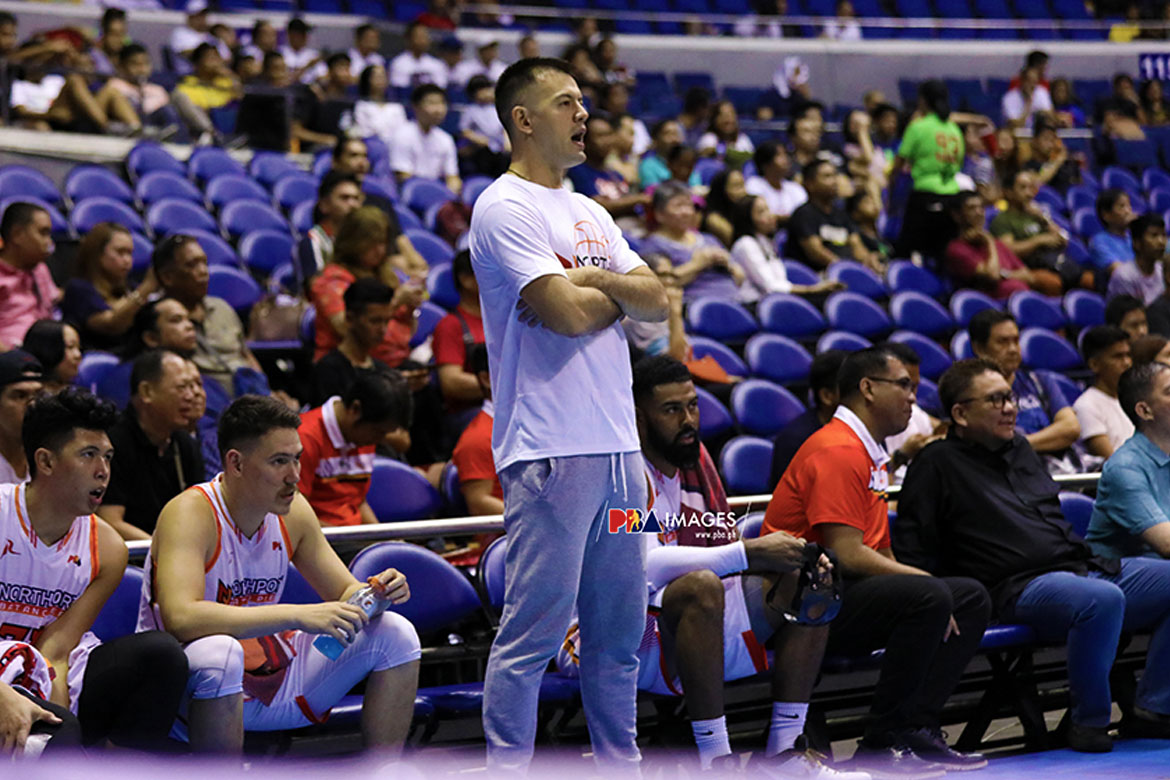 Sean Anthony did not suit up for the NorthPort Batang Pier in their 2019 PBA Governors’ Cup opener Friday evening.

As it turned out, the veteran forward had gone under the knife after the 2019 Commissioner’s Cup to remove bone spurs in his left ankle, which had bothered him for a while.

“I missed the last two games (of the elims) [since] I already needed surgery. I played the last two in the quarterfinals injured. I had to get surgery when the conference was over to fix my ankle,” he said.

His timetable for recovery was six weeks. Friday marked the end, so he could actually play, but the 6-foot-4 Anthony still decided to sit out the game.

“Estimated time is six weeks. So today is exactly six weeks. So instead of just going like into it, I just decided to skip today and test it out on practice next week,” said the nine-year pro.

Still, the Batang Pier managed to pull through even without their team captain. They took a 99-94 win over Rain or Shine Elasto Painters. Anthony, of course, is ecstatic and proud.

Anthony lauded Mychal Ammons and Robert Bolick for delivering in the win as they had 25 and 20 points, respectively. He also praised the way NorthPort as a whole closed out the game.

The Batang Pier nearly lost hold of a 24-point lead, as the Elasto Painters got to within just three points, 94-97. Fortunately, Bolick sealed it with his freebies with three seconds left to play.

“Robert stepped up big and Mychal came in and stepped up,” praised Anthony. “We’re able to close it out and Rob hit those two big free throws to close out the game. So it’s a good win.”

Anthony said that his recovery has been going well. Asked when will he return, the 33-year-old said that he might play next Friday, where NorthPort face defending champs Magnolia Hotshots.

“Maybe you’ll see me play Friday or not,” he said. “I’m good, recovery’s going well. Already doubled the range of motion in my ankle. It’s strong and it feels good.”