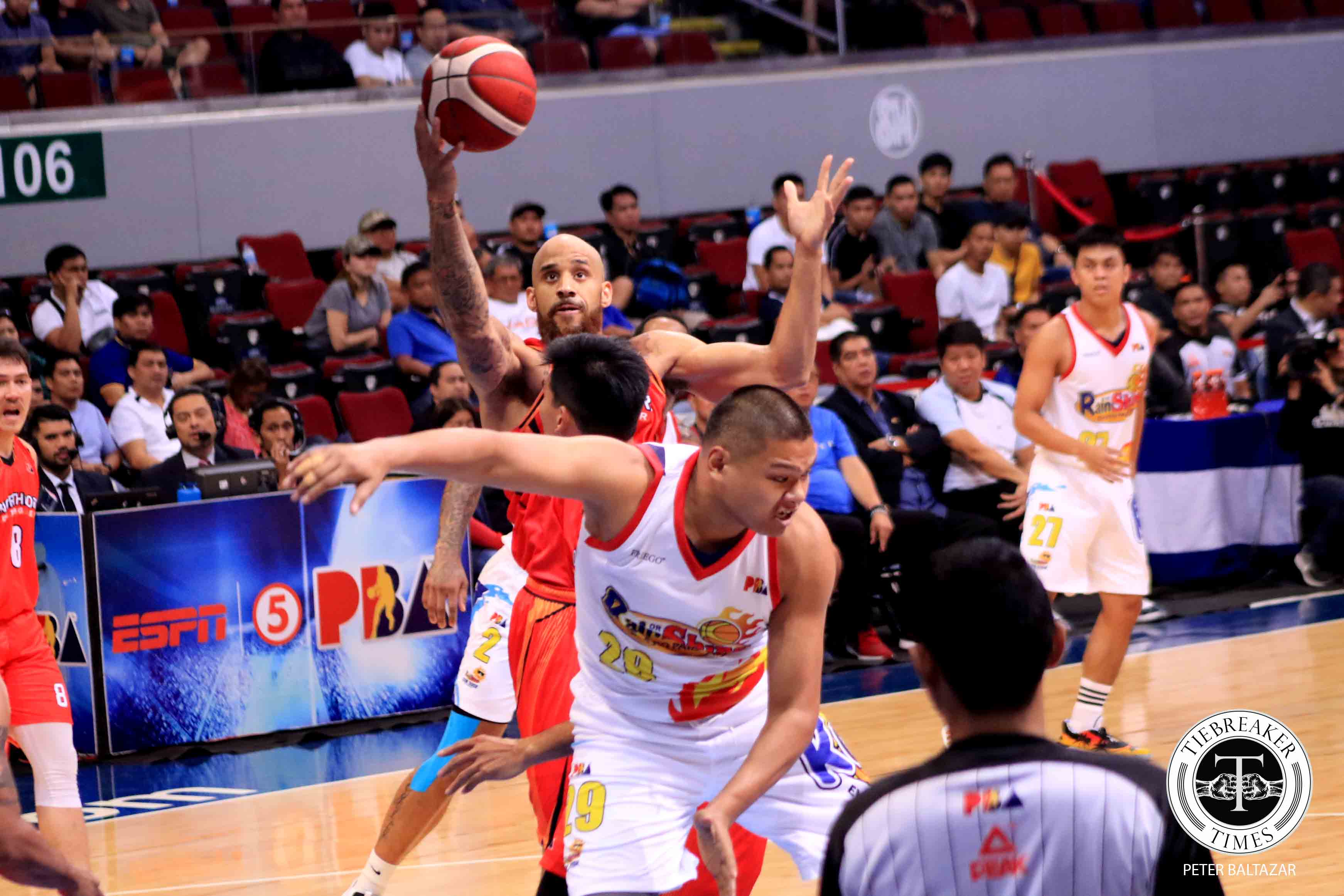 NorthPort averted a huge meltdown from happening as it withstood Rain Or Shine, 99-94, to start off its 2019 PBA Governors’ Cup campaign on a winning note Friday evening at the SM Mall of Asia Arena in Pasay City.

Mychal Ammons paced NorthPort with 25 points, 19 rebounds, and four assists in his first game back since 2016.

The two came up big down the stretch when the Elasto Painters came back from a 46-70 third quarter deficit.

When Rain or Shine knocked to within four, 87-91, with 2:35 to go in the final frame behind Rey Nambatac, Ammons and Bolick connived for six straight points to widen NorthPort’s lead anew, 97-87, with 59.1 seconds left.

The Elasto Painters, though, came back one last time and got to within just three points following Ping Exciminiano’s lay-up, but Bolick calmly canned his freebies with three ticks left to shut the door close and settled the final count.

NorthPort managed to win even without team captain Sean Anthony, as he is still recovering from the removal of bone spurs in his left ankle. The veteran forward went under the knife shortly after the 2019 Commisioner’s Cup.

READ  Kevin Ferrer looks to return to Ginebra by Game 3

Joel Wright, who like Ammons is making his return after three years, led Rain or Shine with 22 points and 14 rebounds.

NorthPort (1-0) will next face defending champs Magnolia Hotshots next Friday, September 27, while Rain or Shine (0-1) takes on Columbian Dyip (1-0) on Wednesday, September 25. Both games are at SMART Araneta Coliseum.

Despite 30-20 game, Khaspri Alston still not at his peak