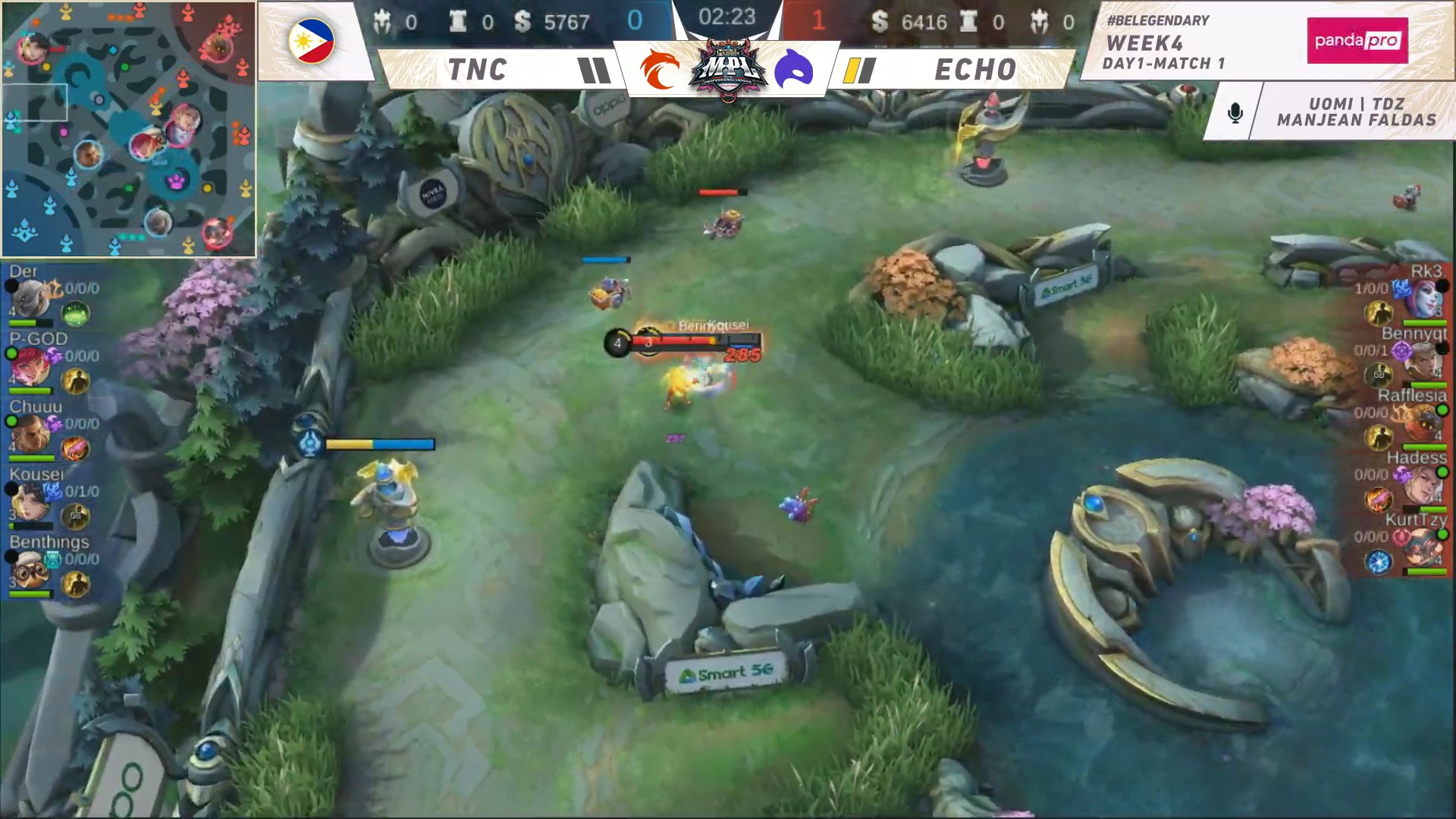 The squad, who took an early lead in the opening week before plummeting down the standings, zoomed to the third spot with 11 points through a 3-4 standing.

Christian “Rafflesia” Fajura’s aggressiveness on Mathilda fueled ECHO’s dominant Game One win over TNC for the early 1-0 advantage in the series.

Rafflesia ended up as the SMART 5G MVP with three kills and four assists against just a death in the 8-4 Game One win in 14 minutes and 58 seconds. 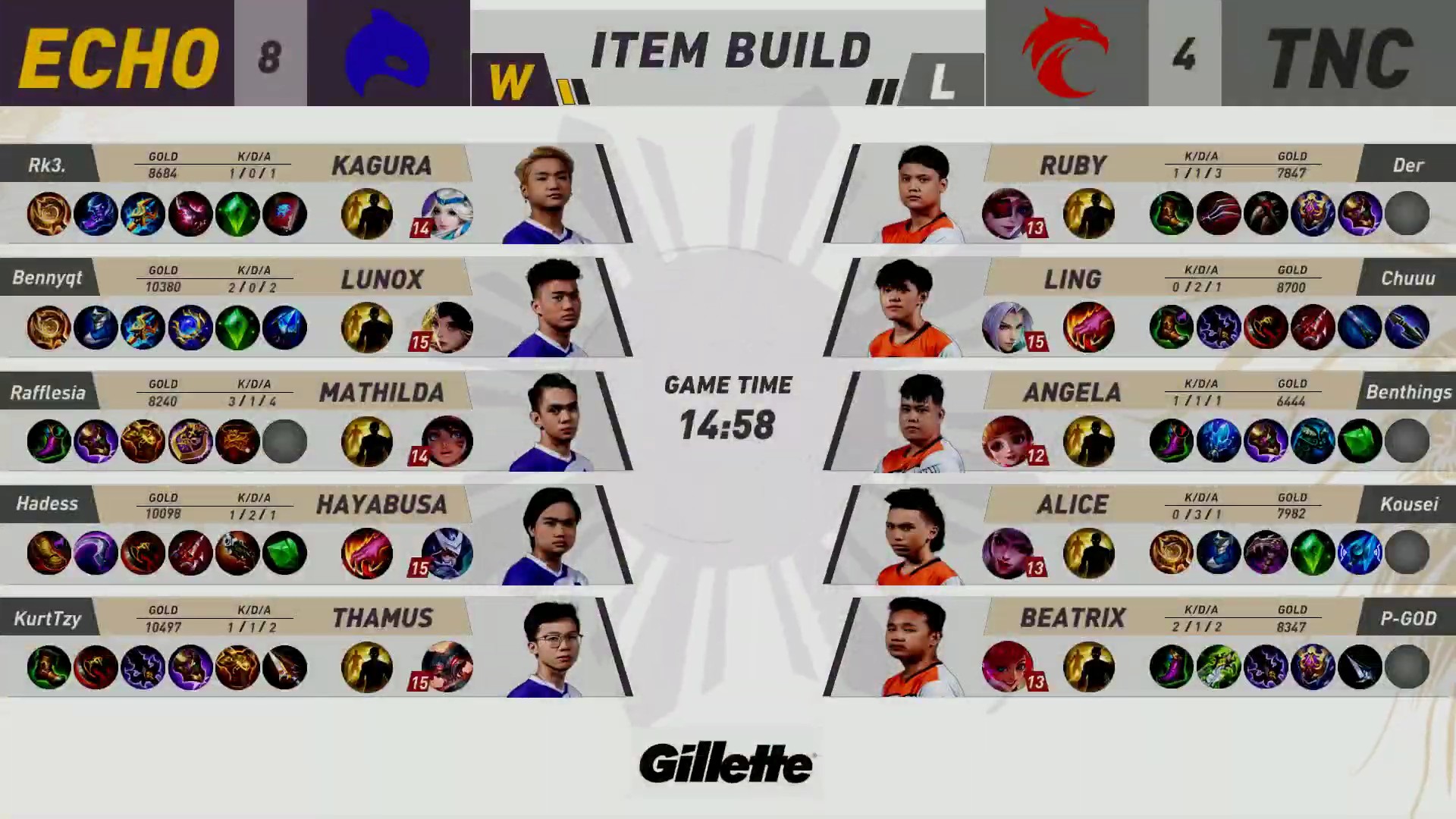 Come the second game, Bennyqt stole the show with his signature Chou – dominating his lane matchup against Clarense “Kousei” Camilo (Lunox) which pretty much spelled the difference for the entire game.

Showing his familiarity and experience with the hero, Bennyqt took out the TNC gold laner twice before entering the three-minute mark while also carving out the gold shield in the top tower.

Though TNC showed signs of life, it was still not enough as ECHO sealed a Luminous Lord in the 15:47-minute mark for the win.

Bennyqt, who was awarded the SMART 5G MVP, finished with two kills and two assists without a single death in the 16:59-minute Game Two win. 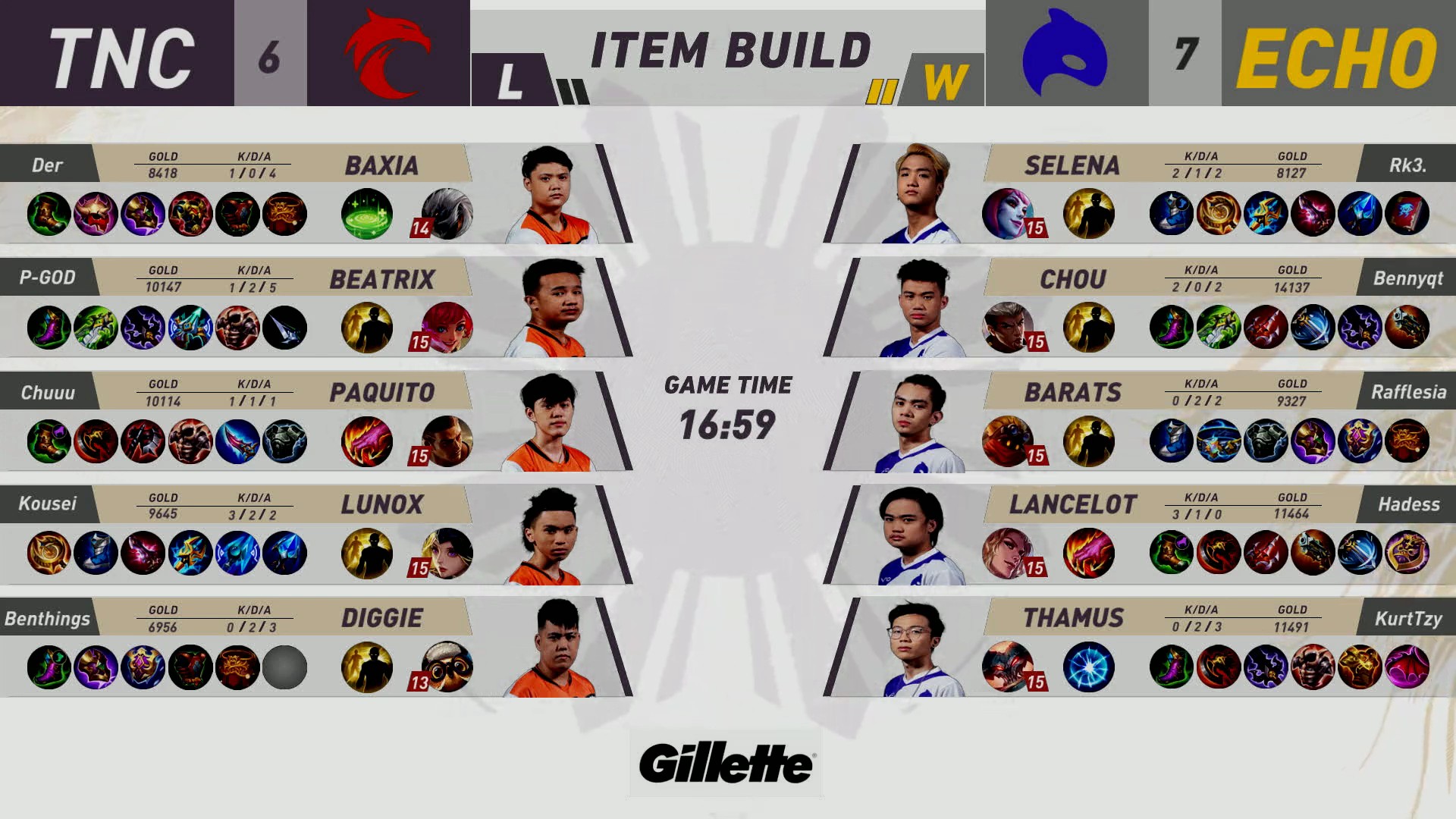 TNC suffered its third-straight loss, falling to a 2-4 record at the sixth spot with six points – a point ahead of last placer Bren Esports.

ECHO will take on defending champion Blacklist International tomorrow, Saturday at 6:00 PM while TNC looks to bounce back against RSG PH earlier in the day at 4:00 PM.