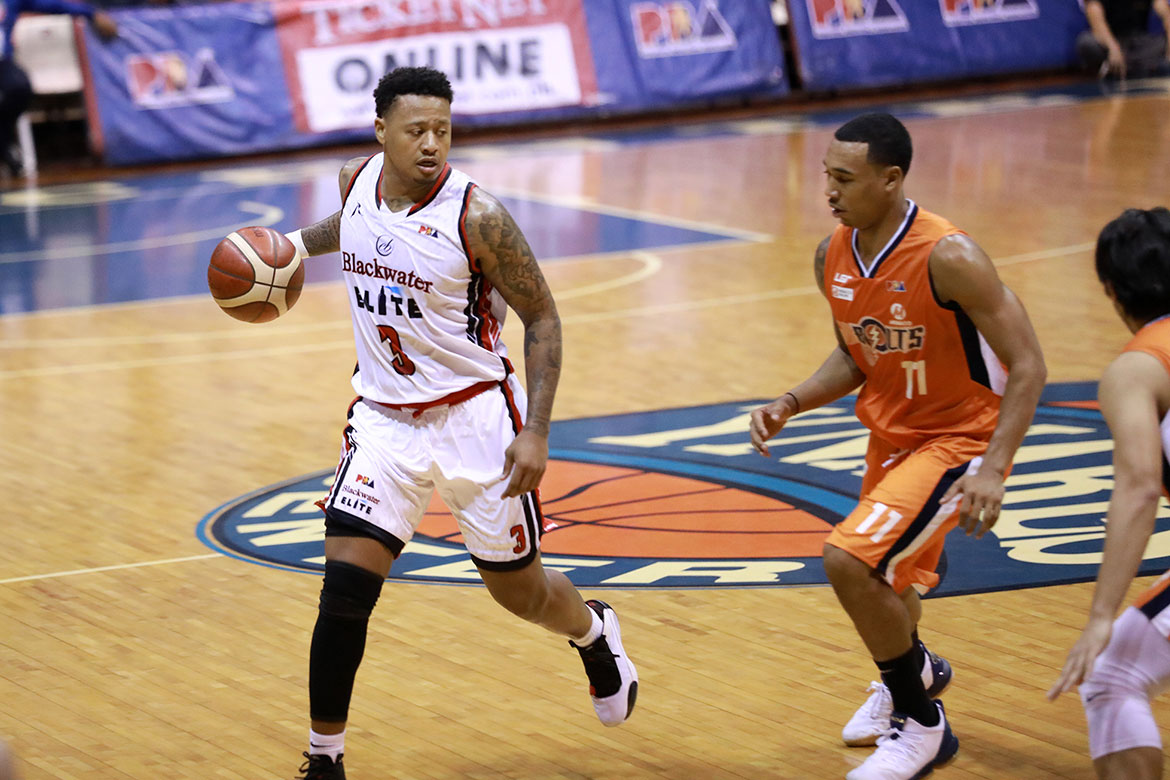 Parks, Jr. averaged 27.3 points in Blackwater’s first four outings in the 2019 PBA Governors’ Cup. He then scored a total of 17 points in the Elite’s last two games versus Magnolia and Meralco, which they split.

“No, no, no. Lalo sa team namin, hindi naman ang bida lang dito kung sino ang umi-score,” he said after the Elite’s 97-106 loss to the Bolts Friday. “He had eight assists.

The second-generation cager out of National University has been playing as more of a floor general in the last two games. And Dimaunahan greatly appreciates his contributions.

Besides creating for his teammates, Dimaunahan noted that the 6-foot-4 forward is also giving his best on the defensive end. And for the Elite, that is significant, since they have always put a premium on defense.

“He is defending also on the defensive side,” said Dimaunahan.

Fired up by spat with Racal, KJ McDaniels lights up Alaska

Allyn Bulanadi did not allow San Sebastian to lose today