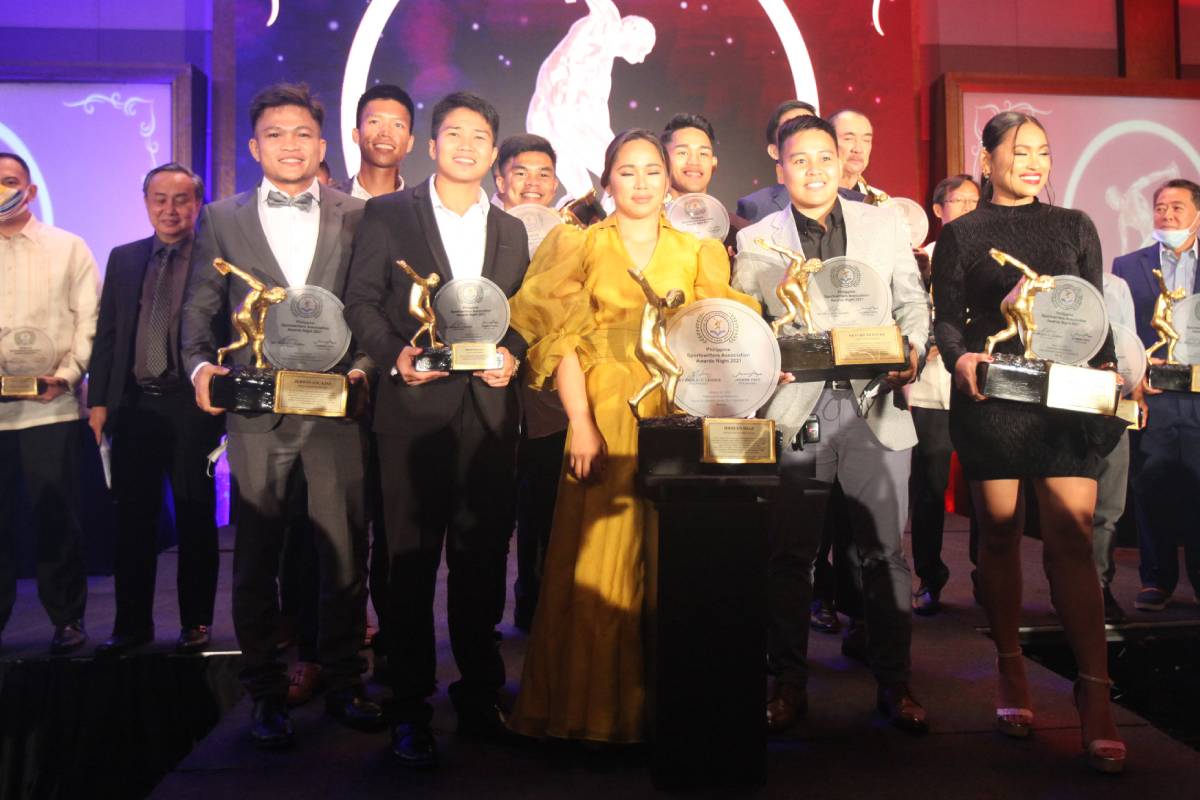 Downplaying their own respective contributions, the country’s top two sports officials on Monday night paid tribute instead to the outstanding athletes, led by weightlifter Tokyo Olympic gold medalist Hidilyn Diaz, who made 2021 a glorious golden year in Philippine sports.

“Together we were a part of Philippine sports history. I share this award with all of you. For I cannot claim this one (award) alone. This award is not mine,” said Ramirez after receiving the PSA’s Leadership in Excellence Award in his speech, while sharing the stage with commissioners Ramon Fernandez, Celia Kiram, Charles Maxey, and Eng. Arnold Agustin.

“One of the reasons that this night is extra special is that we are all celebrating the greatest sports achievement of the Filipino people, our first Olympic gold in Hidilyn Diaz. Coupled with the biggest Olympic medal haul in recent years,” the PSC chief pointed out.

He was referring to the silvers of boxers Nesty Petecio and Carlo Paalam, plus the bronze of fellow ring warrior Eumir Felix Marcial that capped the country’s epic drive in the Land of the Rising Sun.

“I am blessed to be given a chance to witness this milestone as one of the elders of these excellent Filipino athletes. Taos-pusong pasasalamat po,” said Ramirez of the fruitful and bountiful legacy he is leaving behind as the head of the government sports agency.

Ramirez’s sentiments were shared by Tolentino, who was bestowed the PSA’s Executive of the Year Award, saying: “This is not for me. This is for the 19 Tokyo Olympians. Para sa kanila ang award na ito, led by our gold medalist Hidilyn Diaz. Para sa kanila ito at hindi para sa kin.

Of course, the star of the night was Diaz, who was being honored by the country’s oldest media group composed of sports editors and writers, both print and online, for the third time in five years in the grand and festive affair presented by the PSC, POC, and Cignal TV.

The Zamboanga City pride was earlier cited in 2017 for winning the silver medal in the 2016 Rio Olympics and in 2019 for her gold in the 2018 Asian Games in the illustrious company of golfers Yuka Saso, Bianca Pagdanganan, and Loise Kay Go and street skateboarder Margielyn Arda Didal.

Radiant in her golden gown and accompanied by coach and fiancé Julius Naranjo, Diaz pinched herself in being in the spotlight once again of the PSA’s gala affair also backed by MILO (official choco milk), 1Pacman, Philippine Basketball Association, Philracom, Rain or Shine, ICTSI, Chooks To Go, MVP Sports Foundation, and Smart.

The four-time Olympic veteran cited Chinese coach Gao Kaiwen, Naranjo. and other members of her support team in making the dream a reality, while acknowledging the adversities and challenges that came along the way in pursuing her golden Olympic goal.