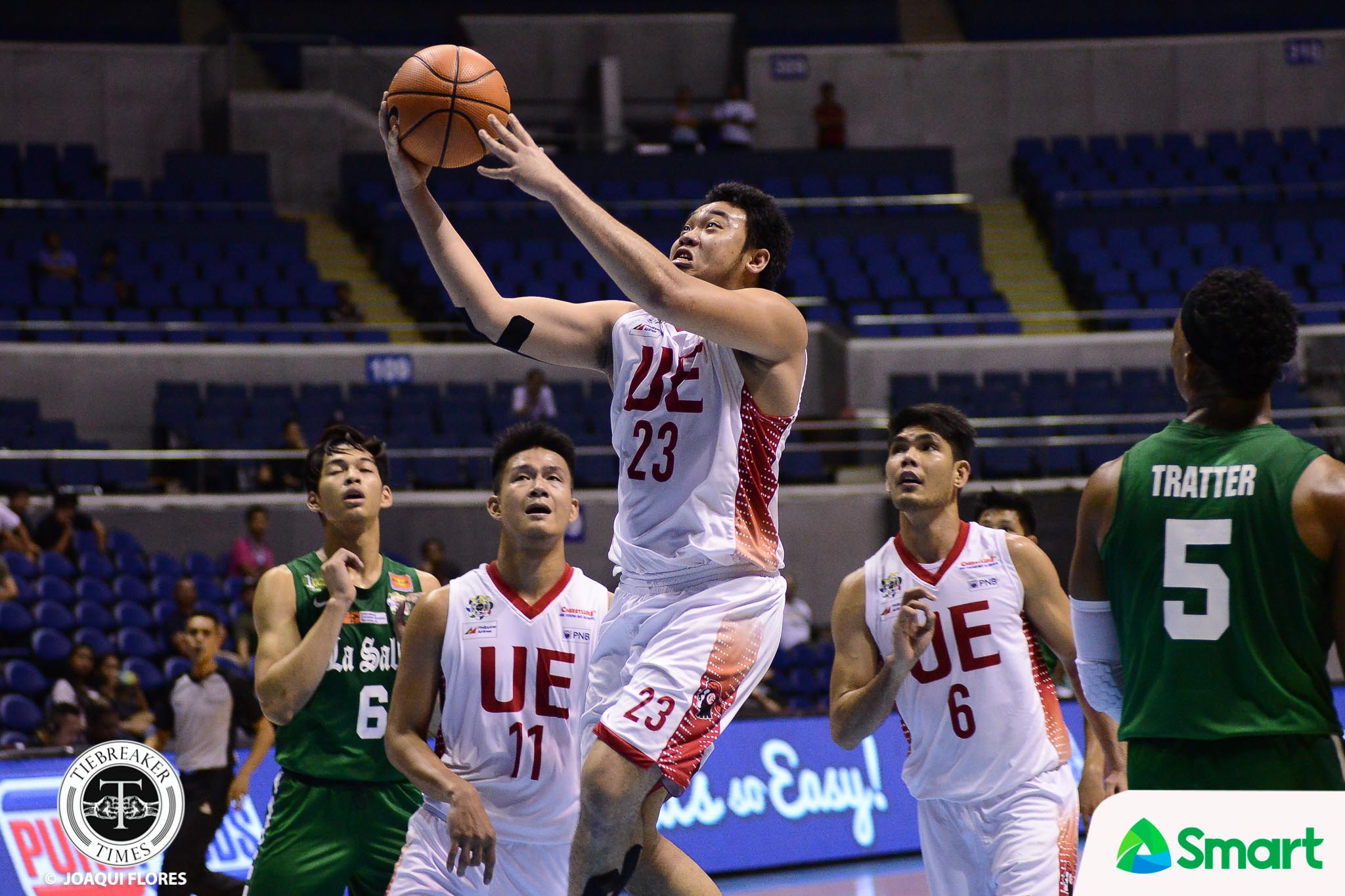 The University of the East may still be winless in Season 80 of the UAAP after losing to the De La Salle University Green Archers, but the Red Warriors did not go home without a sense of victory.

Still, they went home with something to be proud of.

Alvin Pasaol had broken the league’s records after finishing with a legendary 49 points, the highest scoring record in UAAP in the last 15 years.

The Davao-native produced for almost half of UE’s 100 points, breaking Jeff Napa’s record of 43 points in 2002.

For him, this game and the moment was not an out-of-body experience, as he was only doing what head coach Derrick Pumaren wanted him to do.

He broke the 43-point record after a three-point shot with 2:15 left. He made another basket after 15 seconds, advancing to 48 points, and put the finishing touches to a stellar record with a free throw to finish with 49 points.

He could have pushed it to 50, but he missed his second free throw with 55.5 ticks left, much to the dismay of the fans rooting for him inside the coliseum.

“Alvin was awesome tonight,” said Pumaren, who is still trying to find a light in their dark season.

“Siguro probably I was telling him, five [less] pounds, he could have scored 60,” coach Derrick Pumaren joked. “But he really played well. My hats off kay Alvin.

“First time ata that I’ve coached a local that scored 49. Kasi dati import lang ang nakaka-score pero ngayon, he really gave us a show tonight. I was really praying that he gets 50. But we’ll take 49!”

Pumaren may have picked on his small forward’s physique, but he was all praises for the feats that a player like Pasaol can produce, especially after incurring an ankle injury early in the match.

With one last game left for their first round campaign, both Pumaren and Pasaol hope that the Red Warriors gain something from this heading into their game against the University of Santo Tomas Growling Tigers on Saturday.

“We need something heading into the finals for Saturday,” Pumaren quipped, referring to fellow win-less team University of Santo Tomas, “I think we can use this positive as a springboard getting in and playing UST and hopefully we can translate that effort and the sacrifice that we’ve been doing into a W on Saturday.”