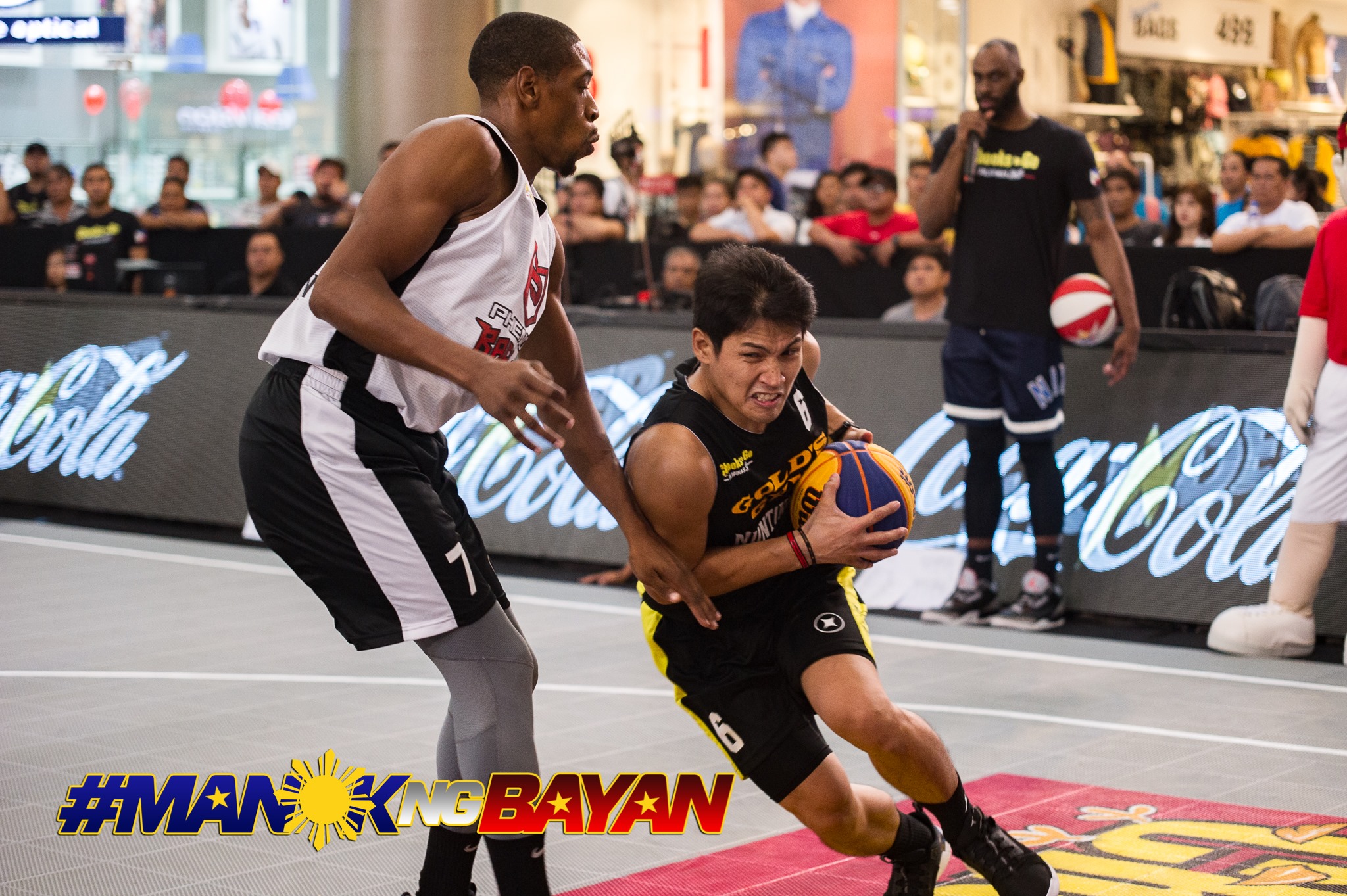 For the past few years, David Carlos has shown the world that Filipinos can also fly.

But last Saturday, the 5-foot-9 dunk artist showed that he could also ball.

And helping the country rack up much-needed FIBA 3X3 points is the reason why the 30-year-old immediately said yes to joining the guest team.

“Basta para sa bansa natin, I would not say no,” he said.

Muntinlupa was not able to win a single game in pool play, falling to Phenom-Basilan (21-14) and Inoza-Gulf Bulacan (21-14).

Still, Carlos showed that he belonged, scoring a total of 10 points for the day — including seven against Bulacan.

“I was so happy, dun ko na lang ulit na feel na happy ako sa basketball,” he said, admitting that he got rookie-jitters in the first game.

“And I was so excited to show the people that David Carlos can play din.”

Just like in the dunk competitions, Carlos thrilled the crowd with his strong drives and acrobatic lay-ins.

With this, the native of Manila, who is also playing for MPBL club team Makati Super Crunch, gets called up by a team come the third conference of Chooks-to-Go Pilipinas 3×3.

To close out the day, he was able to bag his third straight Slam Dunk crown in the Coca-Cola side-events.

Business as usual for Air David.