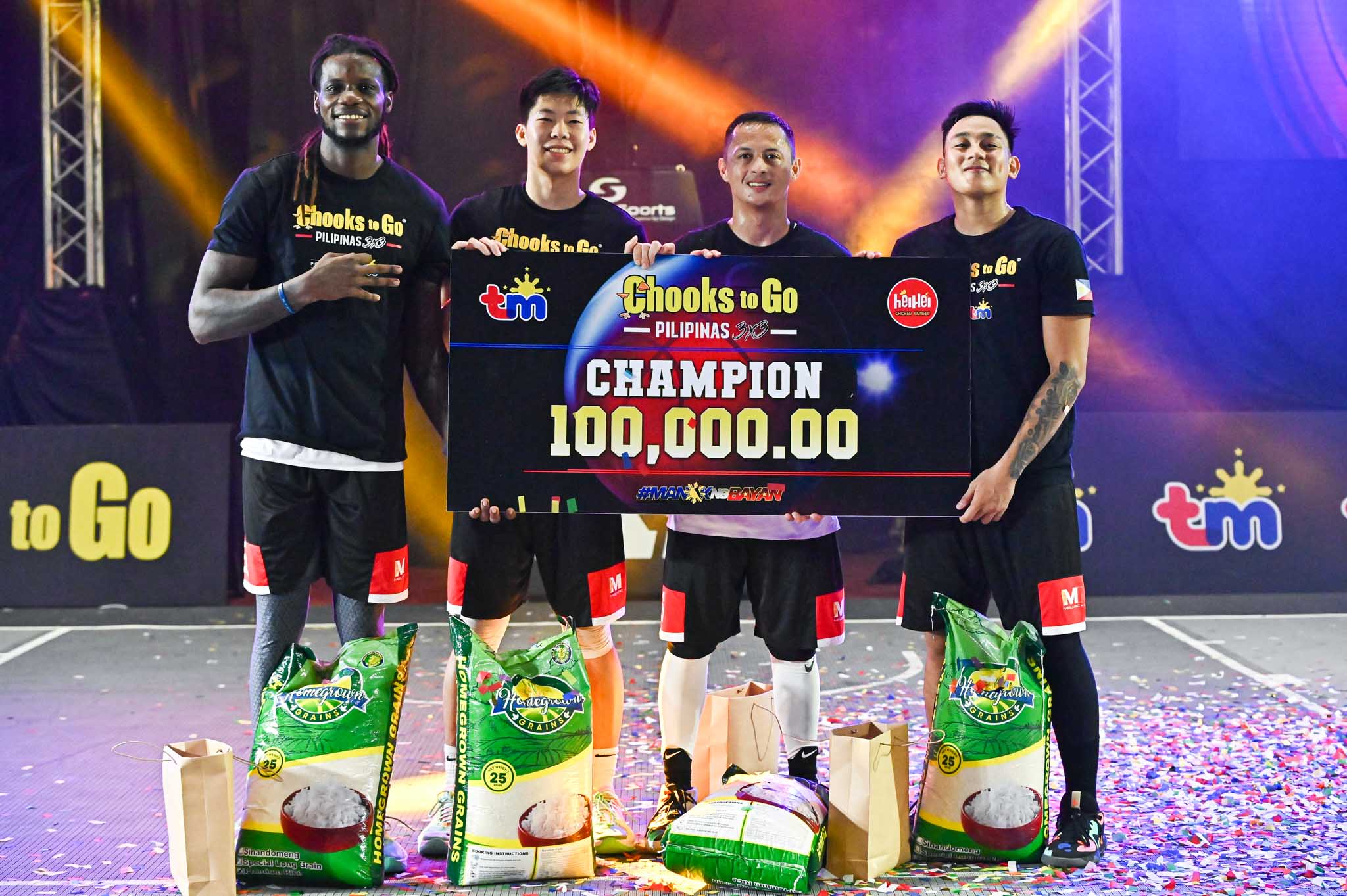 SAN FERNANDO, Pampanga — Mac Tallo did not allow Manila HeiHei to suffer an upset, leading his side to a dominant 21-6 (5:19) win over the experienced Pasig Kingpin in the final of the 2021 Chooks-to-Go Pilipinas 3×3 Invitational, Wednesday at the Laus Events Centre here.

Tallo dropped 13 points in the contest built on five deuces.

Tallo was off to a hot start, scoring seven of Manila’s first eight points to give them an 8-1 lead.

Tallo and Lanete also did it on both ends as they stifled gunslinging brothers Ryan and Nikki Monteclaro. The Monteclaros only had a point each in the contest.

With Mike Nzeusseu hurting his left hand during their semis encounter against ARQ Builders-Cebu, Zach Huang stepped up in defending Toba Eugene while scoring five as well.

Tallo knocked down the championship-clinching deuce with 4:41 left, marking the finals as the fastest game of the day as well. It gave them an additional P10,000 on top of their P100,000 prize in this tournament endorsed by FIBA 3×3, regulated by the Games and Amusements Board, and supported by TM, Wilson Basketball, Homegrown Grains, and Adam Ezli.

“Happy that this tournament happened,” said Manila head trainer Aldin Ayo as the team is set to compete in the 2021 FIBA 3×3 World Tour Abu Dhabi Masters on October 29. “I hope that they got the confidence and the rhythm. It’s important that we simulate the actual situations and we can’t do that in practice.”

Manila overcame Cebu, 21-19, in the semis. During a rebounding scrum, Nzeusseu suffered a hand injury when he was battling with Landry Sanjo with 1:58 left in that contest.

“Malayo sa bituka yun e. I hope he recovers in time for Abu Dhabu,” Ayo said about his Cameroonian reinforcement. “He has a big responsibility with our team and he has to overcome that. It’s not a major injury.”