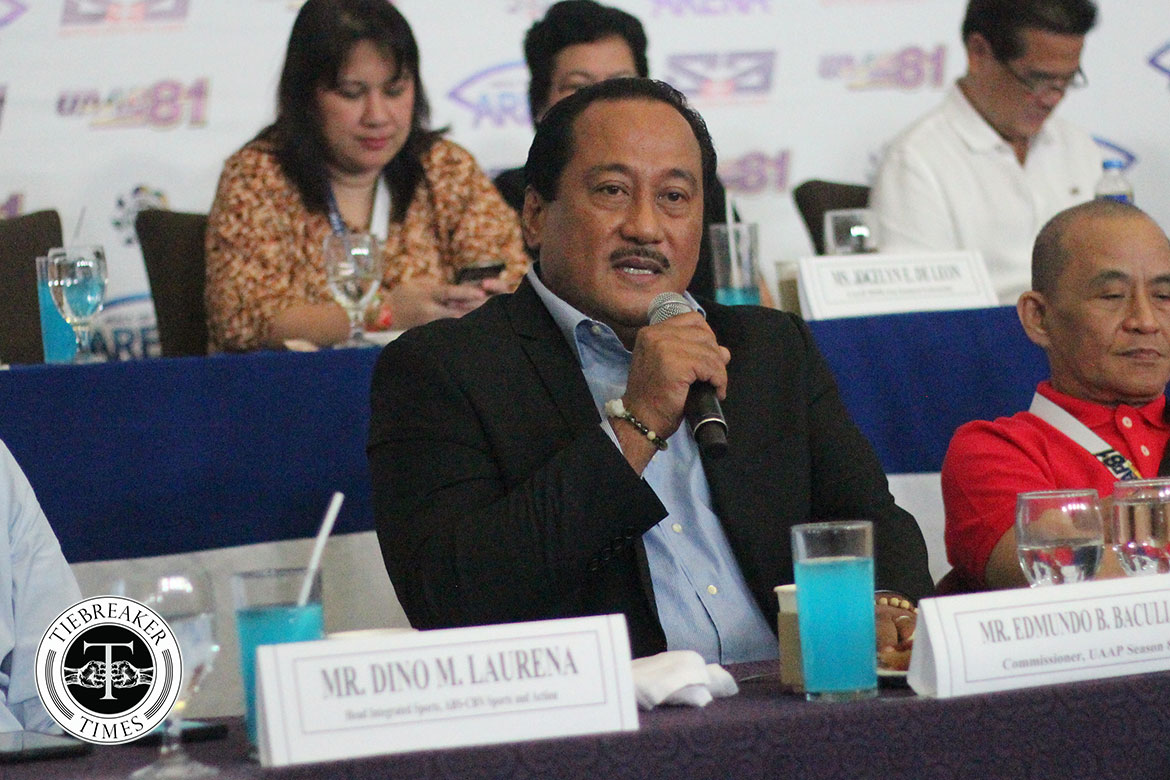 Besides supervising all the games in the UAAP Seniors Basketball tournament, league commissioner Junel Baculi also did a handful of paperwork last week.

Two weeks ago, a number of warnings, technicals, and disqualifying fouls were handed over a span of six games. Besides that, a new FIBA ruling has been implemented this year in the UAAP, which states that even though calls made in a game can no longer be upgraded, the league has the right to impose sanctions based on video review.

The first student-athlete to receive a sanction from this was Thirdy Ravena.

Ravena, who was already been given a warning last October 10 after accidentally hitting Richard Escoto on the head, was caught punching Paul Desiderio on the chest last October 14. It resulted in a one-game suspension and his disqualification from qualifying for any season awards.

“Meron na siya before, meron na siyang unspo, yung ginanun niya si Escoto, ginawan ko na siya ng memo na this is a warning,” said Baculi, who is also a former head coach. “Any subsequent action of the same will be dealt with accordingly based on the rules of the UAAP.”

In the same week, Arvin Tolentino was called for his second disqualifying foul in a span of three games, resulting in a two-game suspension. On other hand, Javi Gomez de Liano served his one-game suspension last Sunday after being slapped with two technical fouls last October 14.

Even an incident last October 7 – when the Adamson Soaring Falcons and the FEU Tamaraws – was reviwed by Baculi and his staff last week as video surfaced that Simon Camacho had punched Tolentino with 3:12 left in the second quarter of that game. Though no foul was called, Camacho also received a warning.

“Yung kay Camacho, nakagawa na ako ng memo doon. There’s a process, a procedure. If it’s called, okay, if it’s not disqualifying, we will send you a memo for the warning, nasa rules yun,” explained the amiable executive.

“After the warning and you do it again, then I have the authority to give you additional penalties, that’s what we did with Ravena.”

As a school-based league, Baculi wants to send a statement that any unsportmanlike action will not be tolerated.

“The coaches have a lot to say also to police their ranks. We’re just to discipline. ‘Di ako na-alarm; nakikita na namin isa-isa and they’re not doing it anymore. Deterrent na ginawa namin, they do it again and they’re out again,” he shared.

But even if he had a busy week, Baculi had some time to go to social media. And he saw the Tweet that UP-commit Kobe Paras made regarding Ravena’s punishment.

“UAAP, I bet my life that the person who disqualified Thirdy doesn’t even hoop or hasn’t even touched or played with a damn basketball before,” Paras tweeted, Friday afternoon.

And Baculi could not help but laugh, as he had been part of Mapua’s NCAA championship team back in the early 80s and had even been a teammate of Kobe’s father Benjie in the Philippine Amateur Basketball League under Philips Sardines.

Baculi knows that criticisms are part of his job. But at the end of the day, he has to do what is right for the league and its student-athletes.

“Ang hinihingi ko lang sa coaches, we’re giving you the leeway, give us also the leeway for the league to be a better one and to finish it strong.”