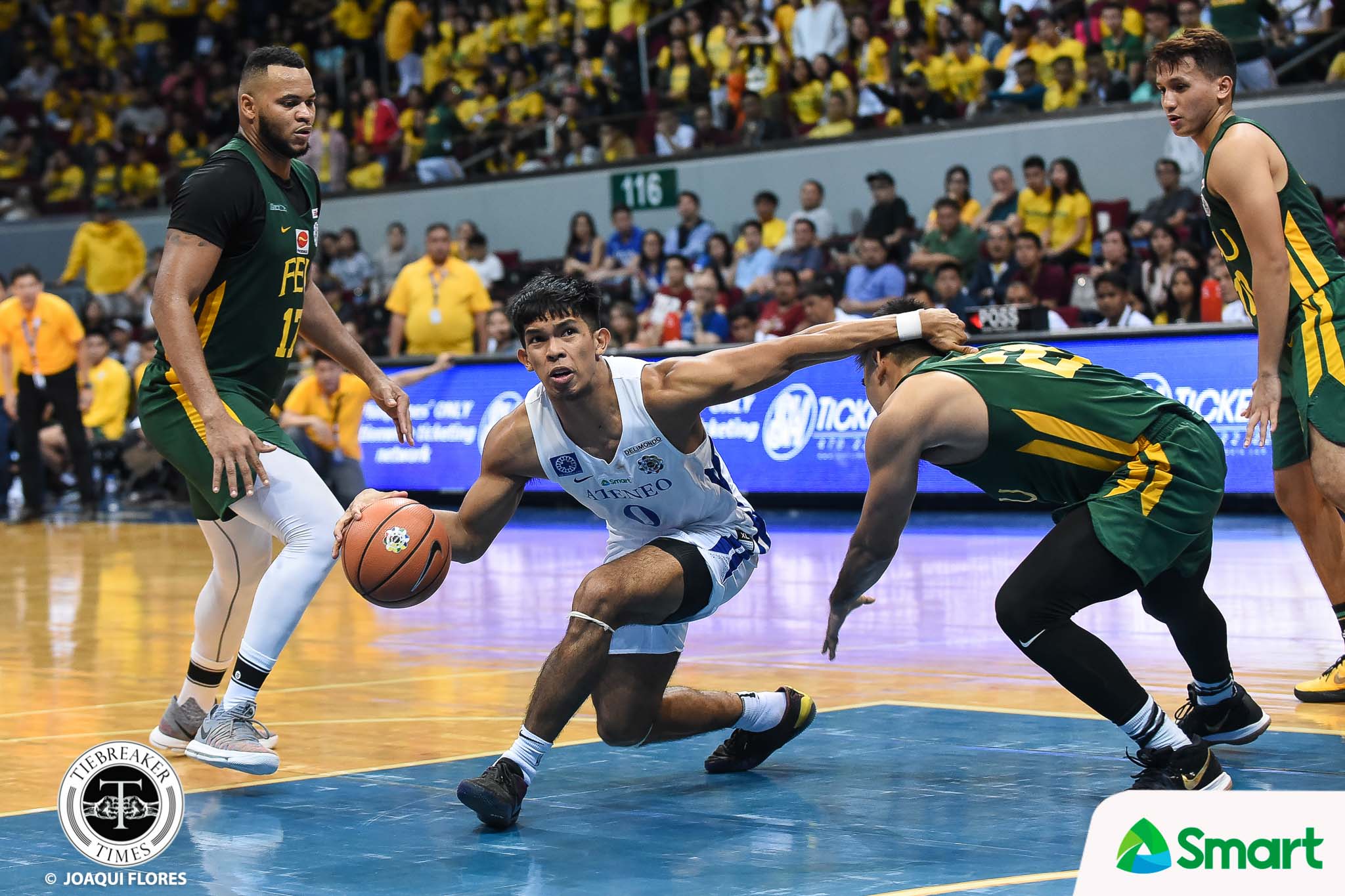 For the first time in his UAAP Men’s Basketball career, Thirdy Ravena fouled out of a game. And it turned out to be very costly for the Ateneo de Manila University Blue Eagles.

But his fifth foul was one that he cannot accept.

As the 6-foot-3 swingman backed down 6-foot-4 Richard Escoto, the latter was called for a foul. Replays showed that Ravena had swung his left arm at the back of Escoto’s head.

The game officials deemed that it was an unsportmanlike foul, leading to him fouling out.

But for the fourth-year Blue Eagle, that should not have been the case, as Escoto had lost his balance, making him lose his footing as well.

“Kasama talaga sa laro yun, I respect naman the call of the ref.”

Making it worse for Ravena was that the Blue Eagles lost their second game of the season, 60-63.

The second generation cager is not putting the blame on the calls, though. For him, it was their fault that they let go of an early-15 point lead.