A rough day in the office would not end as such for LPGA Tour rookie Bianca Pagdanganan.

After going steady in the first 16 holes, the 24-year-old Filipino standout registered two birdies for a 2-under 70 and a huge 14-under 274 to finish at the top three of the inaugural Drive On Championship in Reynolds Lake Oconee, Monday morning (Manila time) at Greensboro in Georgia, USA.

Pagdanganan banked US$83,557 for her efforts and zoomed to 56th spot at the Race to CME Globe, the Tour championship, standings.

The former US NCAA National champion created a buzz after finishing in solo second at the close of three rounds and having been a stroke off leader Ally McDonald with 12-under 204.

However, the final round was relatively quiet for the rookie.

The reigning Southeast Asian Games champion still went on firing bombs from the tee but struggled to reach her usual heaves of more than 300 yards.

Pagdanganan thus had difficulties getting a shot off even and settled for pars along the front nine, pushing her off as far back to a share of fourth spot.

Nonetheless, a birdie in the 17th hole rescued her from the scramble. Another birdie, her fourth straight in the final hole, then pushed her to a tie for the second spot.

Eventually, the multi-titled Danielle Kang took over with a birdie of her own to snatch solo second. Pagdanganan, however, is slowly proving her billing as the future of the game with a third-place finish at the tournament.

#ReadMore  Margie Didal gets to dab with Duterte as Asian Games heroes get added incentive
In this article:2020 LPGA Tour, Bianca Pagdanganan 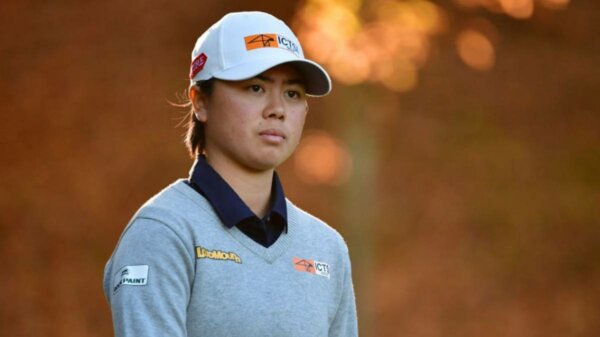 To say that it was a rousing debut for Yuka Saso in the LPGA Tour of Japan is an understatement. The 19-year-old golf standout...

Here comes Yuka! The two-time champion bucked a shaky start to end the third round of the 2020 JLPGA Championship Ricoh Cup on a...

Two-time champion Yuka Saso saw her strong start fade, but still managed to remain within the top 10 halfway through the 2020 JLPGA Tour...

Yuka Saso recovers into top 10 after Ricoh Cup first round

Yuka Saso’s journey towards the pinnacle starts now. The two-time tour champion did well enough to enter the top 10 after the opening round...

To say that it was a tough day for LPGA of Japan tour rookie Yuka Saso is an understatement. The two-time season champion survived...

Bianca Pagdanganan slips out of contention in Pelican tourney

LPGA rookie Bianca Pagdanganan could not recover from an up-and-down backside and had to settle for a 2-over 72 at the conclusion of the...

Yuka Saso in good position to take down Daio Open

It was a rollercoaster of a day for golfers in Ehime for Round 3 of the 2020 Daio Paper Elleair Ladies Open and Yuka...

Bianca Pagdanganan improved on her performance for the day, finishing with a 2-over 142 in total to move up the leaderboard halfway through the...