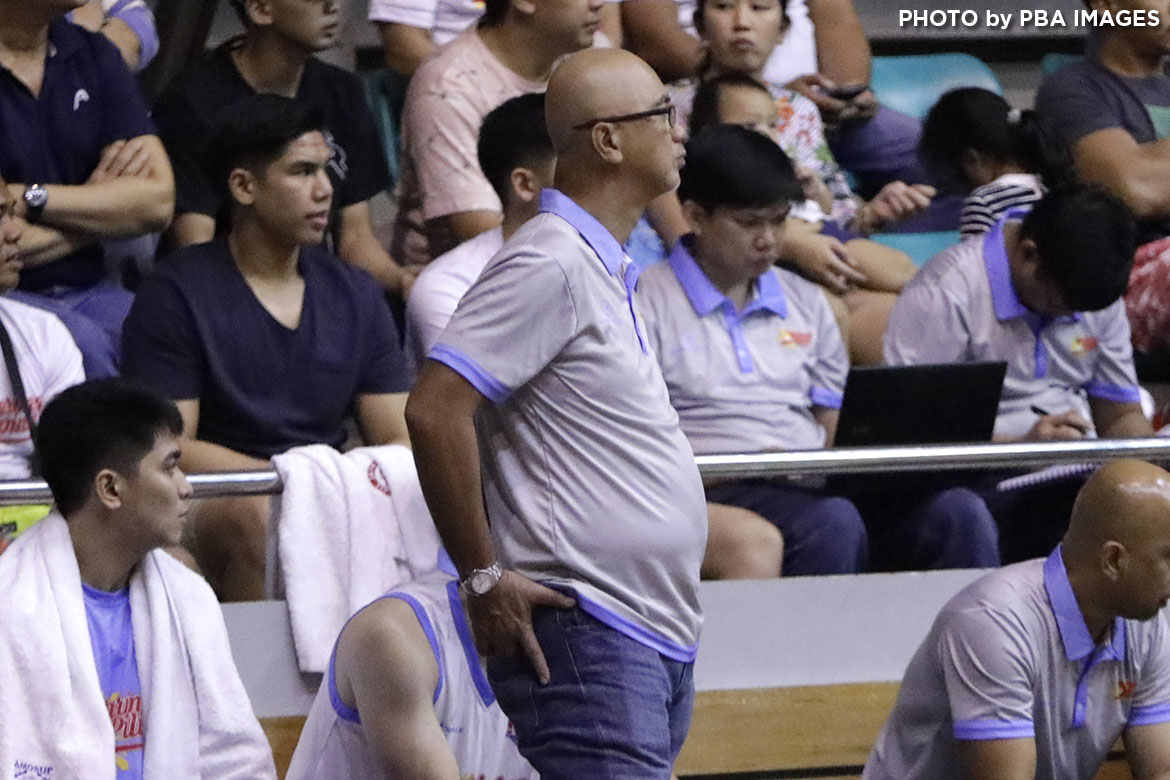 The last time coaches Koy and Joel Banal were on a huddle together was 17 years ago, when the two brothers were manning the sidelines for Pasig Pirates in the defunct Metropolitan Basketball Association.

Seventeen years later, Koy and Joel found themselves reuniting on the bench, this time in the 2017 PBA D-League Foundation Cup where they are tasked to mentor and captain neophyte franchise Marinerong Pilipino.

And the brothers could not be more eager to relish the sidelines once more with each other.

“It’s been a while since we were together in the bench,” said Joel, the elder Banal.

Both veteran mentors, who have steered various schools in winning championships in their respective leagues, have different styles in terms of coaching. However, the two does not see an issue with it.

“I’m very comfortable that’s why he’s with me,” said Koy.

“We are very comfortable with each other. He can say whatever he wants, I don’t mind. He’s a winning coach. He’s a winner that’s why walang problema kung sino magsasalita.”

“I consider him not only as an elder brother but as mentor,” the younger Koy Banal, a two-time UAAP champion with FEU and a one-time NCAA titlist with San Beda, added.

“Magkaiba kami ng style. He’s a respected coach, won a lot of championships and he knows how to win so susuportahan ko lang yung gusto niya. Pasundot-sundot lang,” said Joel, who is 59-years-old.

“At some point, [our system] is gonna bolt in [together],” furthered Joel, a four-time NCAA champion with Mapua and a champion mentor forthe Ateneo Blue Eagles in the UAAP back in 2002.

The Banal Brothers’ reunion Tuesday night though was spoiled as Marinerong Pilipino bowed to a defensive-minded Team Batangas, 92-82.

Joel lamented the team’s lack of chemistry, but remains hopeful that the newbies will make a deep, serious run in the conference.

“Teamwork is what we lack at the moment but we’ll get there,” said Joel. “Everyday, that’s our goal — to get closer, to be solid, and to know each other. Yun ang importante, knowing each other.

“Hopefully, we have time and we can catch the bus going to the semis or quarters. That’s all we need, a chance to get to the playoffs.”

Knights pierce through in OT at Tigers’ expense