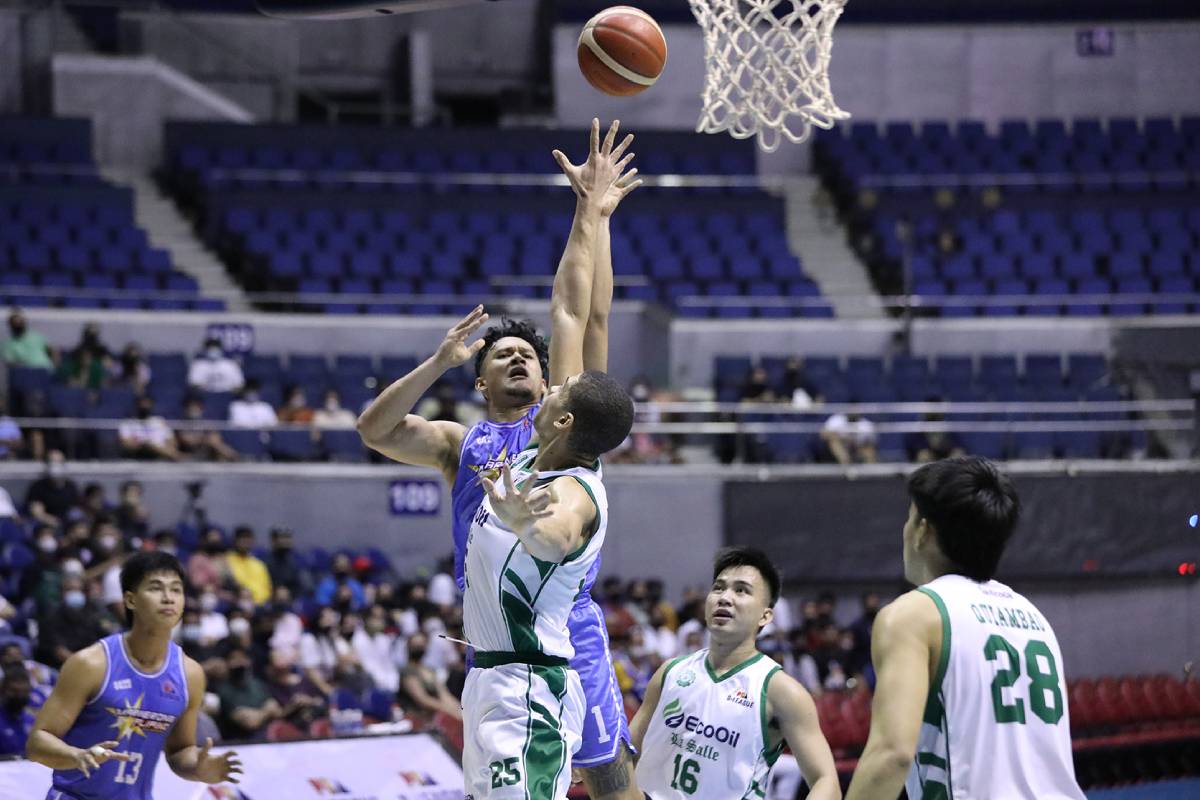 Juan Gomez de Liano rescued Marinerong Pilipino in the clutch to deliver the 72-67 victory over EcoOil-La Salle in Game One of the 2022 PBA D-League Aspirants’ Cup Finals, Sunday at the SMART Araneta Coliseum.

Silenced all game long, the Conference Most Valuable Player frontrunner uncorked six of the Skippers’ last 10 points, including the dagger off a drive with 13.9 seconds left that gave his side a two-possession lead, 68-64.

Evan Nelle kept the Green Archers alive with a trey in the ensuing possession, but Jollo Go and Arvin Gamboa put the game on lock at the free throw line.

“We just followed our team mindset and we prepared so hard for this game,” said Gomez de Liano, who only finished with nine points but did everything else as he collected 14 rebounds, seven assists, and four steals.

The Skippers could close it out in Game Two on Wednesday at the same venue, a chance they surely don’t want to waste after settling for a runner-up finish behind BRT Sumisip Basilan-St. Clare in the 2019 Foundation Cup.

Meanwhile, Schonny Winston paced EcoOil-La Salle with 21 points, but was limited to just two in the payoff period.

Kevin Quiambao also struggled in the game with his 3-of-14 field goal shooting to finish with just nine points, six boards, and three assists.

CJ Austria finished with 15 points in the loss that saw the Green Archers’ fightback fall short after being down by as much as 12 early.