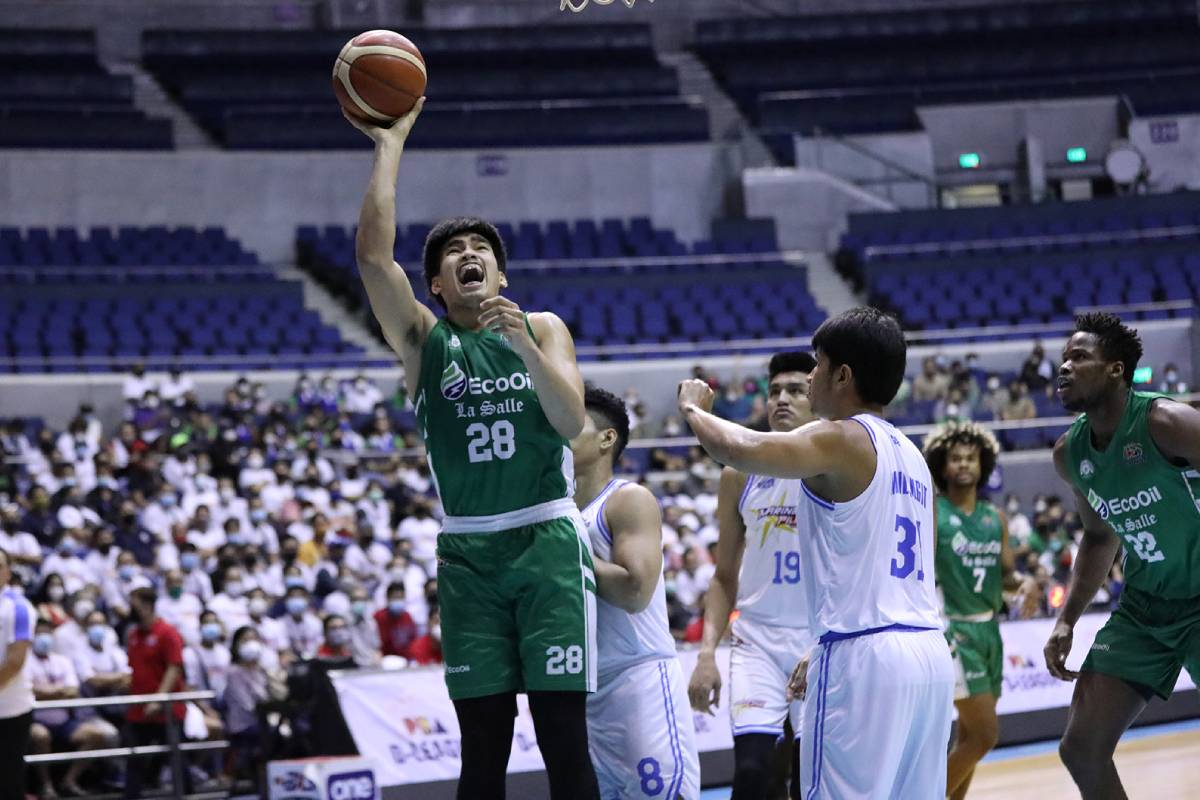 Evan Nelle and Kevin Quiambao came through in the clutch, joining hands for five straight points that were all enough to keep the Skippers at bay after knocking to within just one behind Juan Gomez de Liaño’s three-pointer.

Nelle canned three pressure-packed free throws he was rewarded with after being fouled by Kemark Carino with 1:07 to go. Then Quiambao swished a tough contested jumper with 27 seconds left for the 68-62 lead.

“As I told the boys kanina, we don’t have to pressure ourselves. This team is still a work in progress. We know why we’re here, and it’s because we want to be better,” said Green Archers coach Derrick Pumaren.

Marinerong Pilipino’s loss spoiled the celebration of Gomez de Liaño, who earned conference Most Valuable Player honors prior to Game Two. The UP product finished with 14 points, four rebounds, and four assists.

Jollo Go led the Skippers with 21 points on three three-pointers. Carino chimed in 14 markers and six boards in the defeat.

Game Three is next Wednesday, August 31, still at the Big Dome.