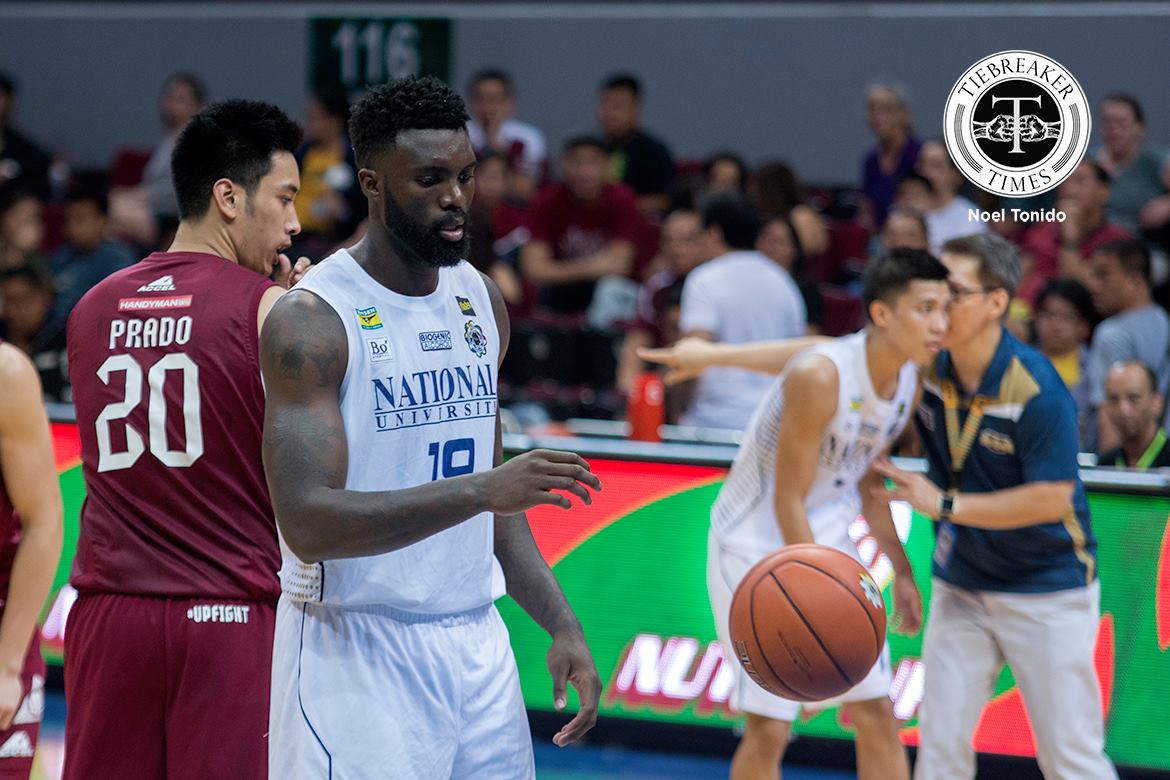 During National University’s tilt against the University of the Philippines Saturday afternoon, Alfred Aroga was surprisingly assessed a warning for “inciting the crowd.”

The 25 year old King Bulldog was fouled by a Fighting Maroon with 2:53 left in the game and NU comfortably up 68-59 when Aroga passed the ball to a fan. It caused a slight delay in the game but for Aroga, the incident is a non-issue.

“That’s no big deal. I had the ball, they were pushing me behind. I wanted to like pass the ball to the fans,” the Cameroonian big man narrated. “I had the ball, I was giving it to a fan and I wanted him to give it back to me, something like that.”

He added that there was no malicious intent when he did that.

“No, no no, I didn’t throw the ball to them,” Aroga, who has had a good track record during his three-year stay with the NU Bulldogs, said. “I’m not that kind of player.”

Moreover, he said that the fan did not curse nor provoke him prior to the incident.

“He wasn’t provoking me. There’s no problem, please. I don’t want it to be a big issue,” he stressed.

The UAAP Season 77 Finals MVP eventually went to the fan and apologized if it caused any harm.

“I went there later and apologized cause I don’t want it to be an issue,” he added.