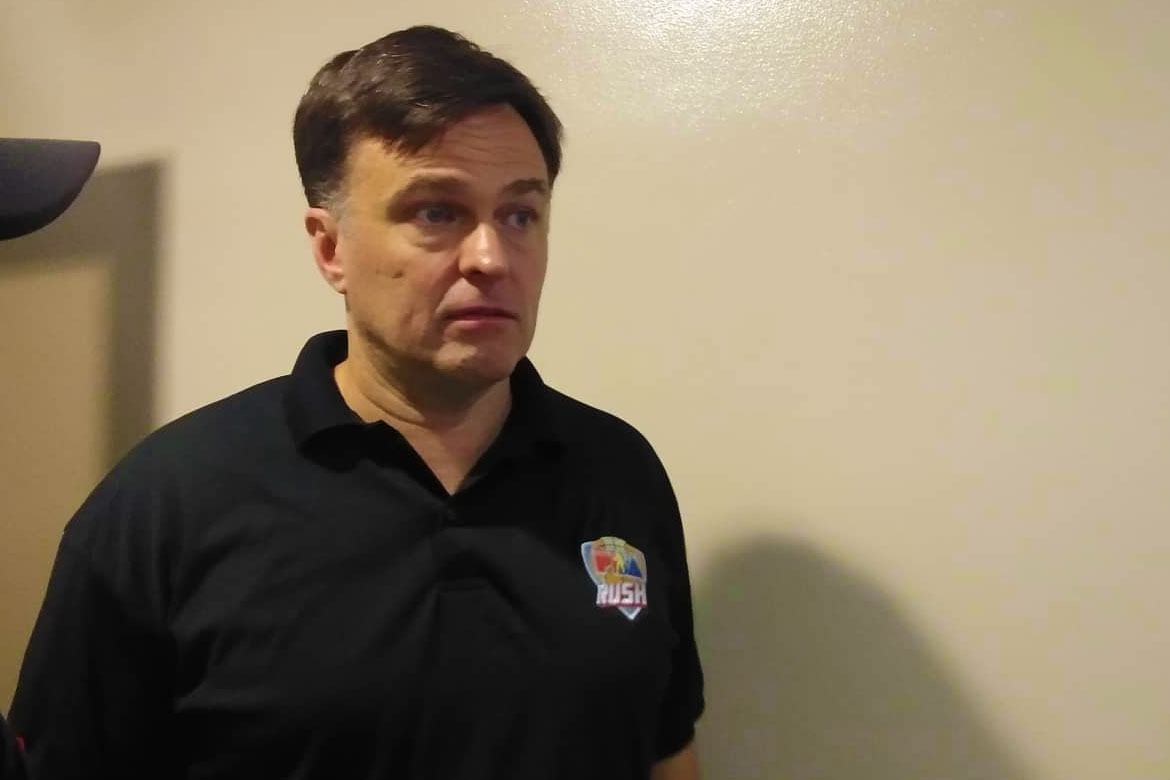 On Sunday, two months after he stepped down as the head coach of Alaska, Alex Compton returned to the PBA.

He wasn’t coaching on the sidelines, though, but rather serving as one of the commentators for PBA Rush, working on the 2019 Governors’ Cup match between Ginebra and Magnolia.

“It’s the first time I have done anything in two months,” the veteran bench strategist said moments after the game, which the Gin Kings won decisively at the SMART Araneta Coliseum.

Asked about how he has been since leaving the Aces, Compton said that he’s actually doing just fine. His absence has given him the opportunity to spend more quality time with his family.

“It was so nice to have… First of all my kuya’s wedding, and then eight days our whole family was together. It was sort of like a family vacation — everyone came together, we celebrated my brother’s wedding, and kids got time with family we don’t usually get so it was special. Got to spend a week in Bataan.

“I’ve had a pretty nice couple of months. And I haven’t been very stressed. I’ve been sleeping well. I think I’ve put on a few pounds, I’ve been eating well. So it’s been good,” he added with a grin.

Compton currently relishes the time he has, since he hasn’t had a chance to take a breather since becoming the Milkmen’s chief mentor back in 2014, after taking over Luigi Trillo.

Besides coaching the Aces, Compton also had a stint with Gilas Pilipinas as an assistant to Tab Baldwin.

“My body’s really happy to have a break, to tell you the truth. It was five years straight between the two years with Gilas and all those Finals runs, and always thinking about the team,” he said.

“To be able to give my family some undivided attention for the rest of this year is wonderful. Physically, I’m feeling better. It probably sounds weird, but I’m actually enjoying it.”

But of course, being the seasoned mentor that he is, offers are knocking on Compton’s door. He admitted there’s a bit of desire to coach again, but he doesn’t actually miss it — yet.

“I can start to feel the desire to go back a little bit, to start working, but it’s just the beginning stages. I don’t really miss it yet. Maybe, I don’t know. We’ll see,” said Compton, who’s coaching since 2006.

“I told everybody I actually wouldn’t talk to everybody until I came back from Vietnam. I just want to have a family vacation where I couldn’t really just focus on family,” he added.

“So I got back last Friday, and then I’ll start talking to people. We’ll see. I don’t know.”

Related Topics:Alex ComptonPBA Season 44
Up Next