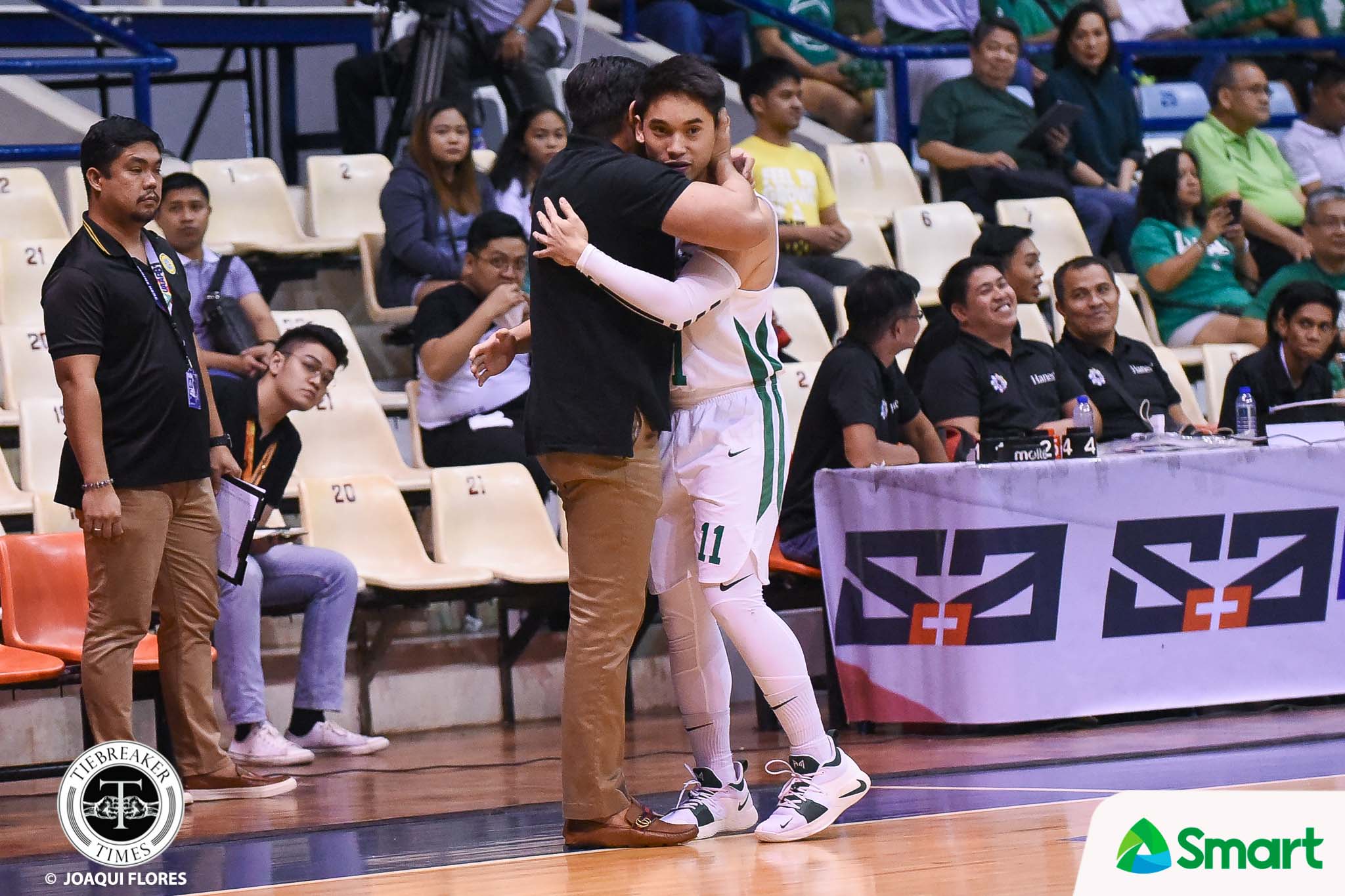 Led by a show-stopping performance from point guard Aljun Melecio, the De La Salle Green Archers delivered a 110-69 beatdown to the University of Santo Tomas Growling Tigers in the UAAP’s very first game at the Ynares Center in Antipolo on Saturday.

The pint-sized guard tied his season-high of 22 points to go along with five rebounds and six assists. He also lit up the scoreboard for six triples in a stunning display of shooting from beyond the arc.

Put simply, he was relentless in attacking the UST defense.

For that, he has more than rightfully earned the distinction of being the Chooks-to-Go/Collegiate Sports Press Corps UAAP Player of the Week – his first-ever in three years in green and white.

For Melecio, though, it was just another day in the office.

Melecio and UST coach Ayo are, of course, familiar foes on the hardwood, having been together for two years in La Salle. Now on opposing teams, they relish the friendly competition.

Behind Melecio’s uplifting performance, the Green Archers are now in solo third place with a 7-4 record. They still have three games left on their schedule, and the fiery guard is eager to prove that he has yet to reach his ceiling.

Arvin Tolentino doing his all to make amends with FEU

War Ready: Andray Blatche expresses desire to suit up for Gilas once again