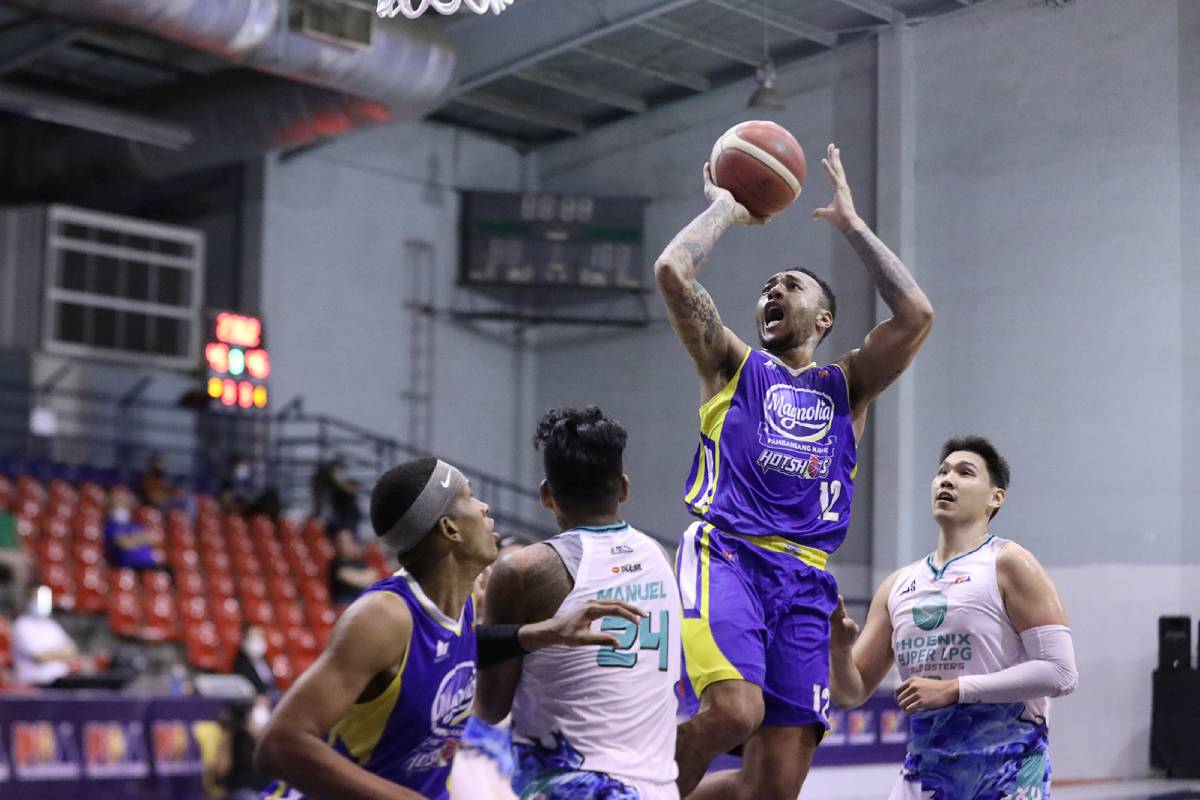 Calvin Abueva immediately showed how much of a difference he can be for Magnolia as he led his side past Phoenix Super LPG, 80-75, in the 2021 PBA Philippine Cup Saturday at the Ynares Sports Arena in Pasig.

The ‘Beast’ churned out a game-high 26 points, none bigger than the six straight he made that gave the Hotshots a 74-68 advantage with 2:42 remaining — a lead that proved to be too tough to overcome for his former team.

The former Best Player of the Conference also collected 10 rebounds and three assists in over 37 minutes to make it a debut to remember.

Paul Lee was also instrumental in the triumph, finishing with 21 points as he joined Abueva in helping stave off the opposition in the endgame.

As the Fuel Masters knocked within a point, 73-74, following a three-point play by Matthew Wright with 2:12 to go, Lee calmly sank both of his free throws with 49.8 seconds on the clock to widen their lead to three.

Things then turned from bad to worse for Phoenix since. Justin Chua missed a three-pointer, and the Hotshots’ defense forced them to commit a 24-second shot clock violation as RJ Jazul air-balled his own triple.

Mark Barroca split his charities moments later to make it a four-point Magnolia lead. Wright tried to will his team back with his own trey, but he was called for an offensive foul as he was caught extending his right foot to initiate contact.

Abueva was sent to the line to freeze the clock and only made the first, but he was able to grab his own miss. Lee was the one fouled seconds later, and he went perfect on his trip to put the game out of reach.

“I think it was our defense. We tried to lower the score. We tried, possession by possession, especially in the fourth quarter, na ma-limit namin ‘yung field goal percentage, especially ‘yung players nila, like Wright, Perkins and Manuel,” Victolero offered.

“We did a good job sa depensa. We limited them to 73 points lang this game. Credit to all the players.”

The tight finish was already seen early on when both teams ended the half 25-23 in favor of Magnolia, which, according to league stats chief Fidel Mangonon III, is the lowest scoring first half since April 28, 2019.

That game, you wonder, also featured the Hotshots, when they trailed Rain or Shine 21-27 in Game Seven of the Philippine Cup semifinals. But the former still came out victorious with a 63-60 overtime win.

Wright paced Phoenix with 20 points on 20 shots and eight assists in the defeat, where they missed the services of point guard Chris Banchero after suffering a calf injury in team practice last week.

The defeat, moreover, spoiled the debut of star forward Vic Manuel, who finished with 16 points and 10 rebounds in 32 minutes.