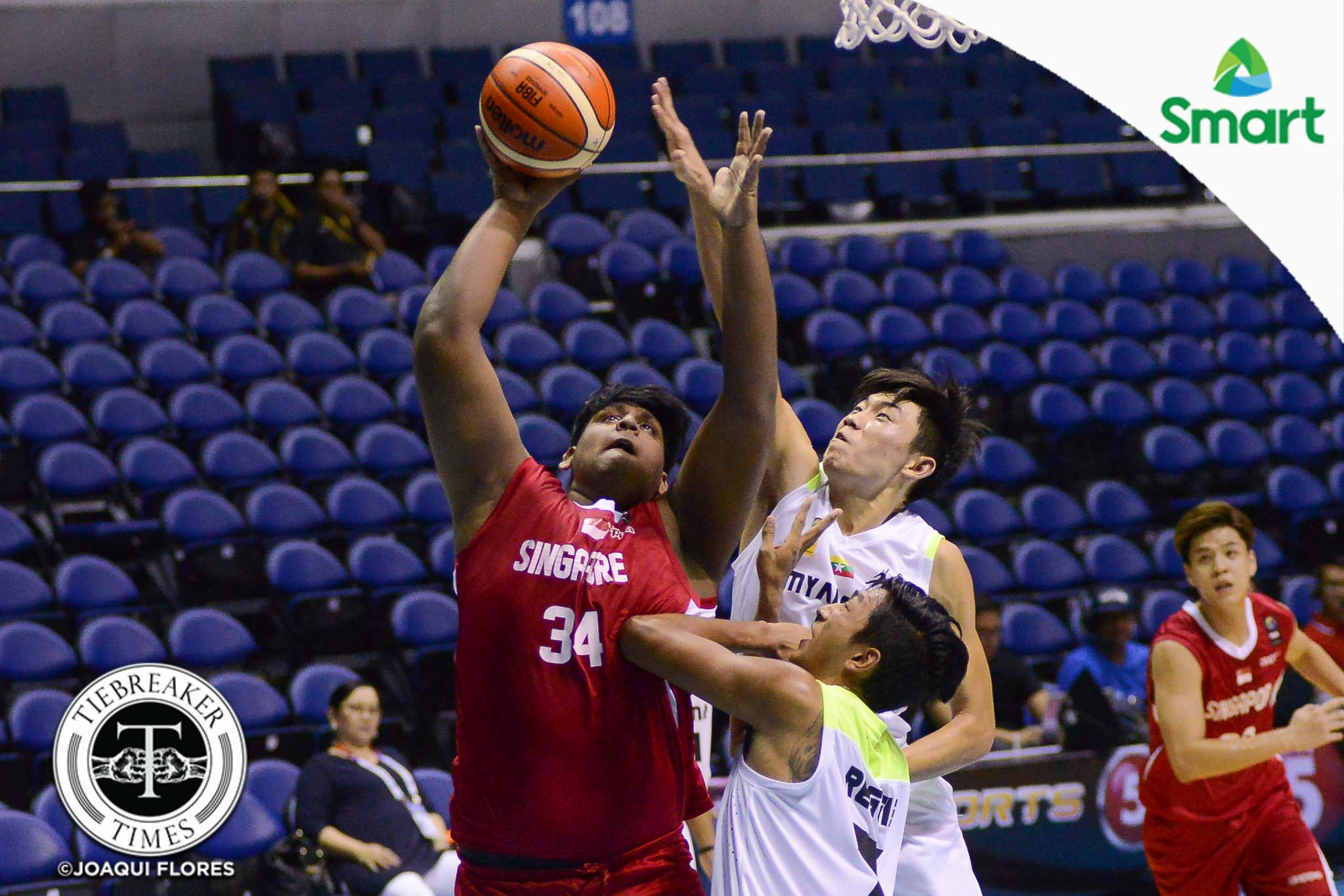 After going winless in their previous three assignments, Singapore finally broke through, taking an easy win over Myanmar, 85-32, Tuesday in the 2017 SEABA Championship for men at the SMART-Araneta Coliseum.

The breakthrough win helps Singapore improve its’ record to 1-3, while the Burmese side was dragged down to 0-4.

Myanmar tasted their first-ever lead in the tourney, 2-0, to open the bout, but Singapore made nine straight points and never looked back. The first half ended with Myanmar adding just seven points to their total, 44-9.

When everything already settled, The Singaporeans even led by as huge as 54, 85-31, after Lavin’s three-point play conversion with 1:01 left in the game. The gargantuan cushion was also the match’s biggest lead.

Johrathon Cheok and Leon Kwek had 11 markers each for Singapore. Hanbin Ng only scored four markers, but made his presence felt in the rebounding department as he hauled down 15 — with 12 coming from the first half.

Myanmar was led by Wana Aung and Thein Han with 11 points apiece.

Singapore shot 53 percent from the floor, and clearly outrebounded their opponents, 55-35. Due to their stifling defense, Myanmar committed 22 turnovers, which led to 30 points for Singapore.

The Singaporeans will look to sustain their momentum as they battle Thailand tomorrow, May 16, at 5:00 PM, while Myanmar will raise the curtains of tomorrow’s gameday against the strong Indonesians at 3:00 PM.