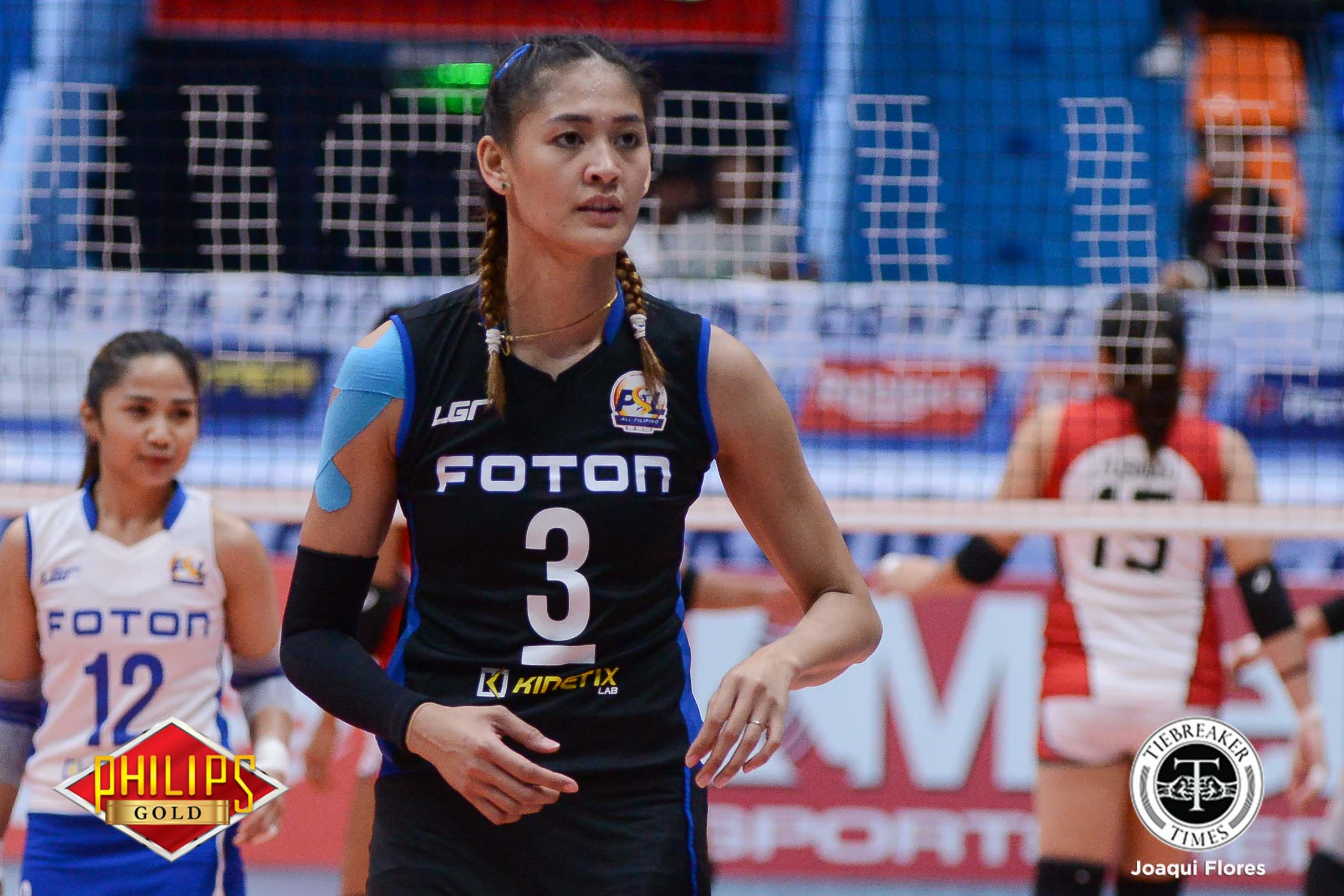 Only the Foton Tornadoes are left the FilOil Flying V Centre with their immaculate record intact. The Philippine Superliga Grand Prix champions out-muscled the Cignal HD Spikers, 25-22, 16-25, 25-22, 25-14, for a 4-0 record in Group C of the All Filipino Conference.

Although they had both topped their respective groups before beginning the second round, Cignal were highly favored over Foton, who came out of the perceived weaker Group A in the first round.

For Foton head coach Moro Branislav, his team’s win came down to desire.

“For my opinion, at this moment, Cignal is a better team than Foton on paper. But my team really wanted to win today. We prepared tactically to beat Cignal and my players were very good in execution,” Branislav said.

“This is a new Foton team. Many of my players have never played in this level of volleyball, only company leagues. It’s important for the team to continue developing and gaining experience. Compared to other teams with a lot of veterans like Cignal, we need more experience,” the Serbian mentor furthered.

Foton’s most experienced players did most of the damage, especially in the late game. After toeing the ropes to nail a win in the third set, Foton ran away with the fourth set thanks to Ej Laure’s and Jaja Santiago’s efforts. Laure powered in three straight hits, followed by kills from Santiago, in a 6-0 Foton run that pushed then ahead for good, 17-11.