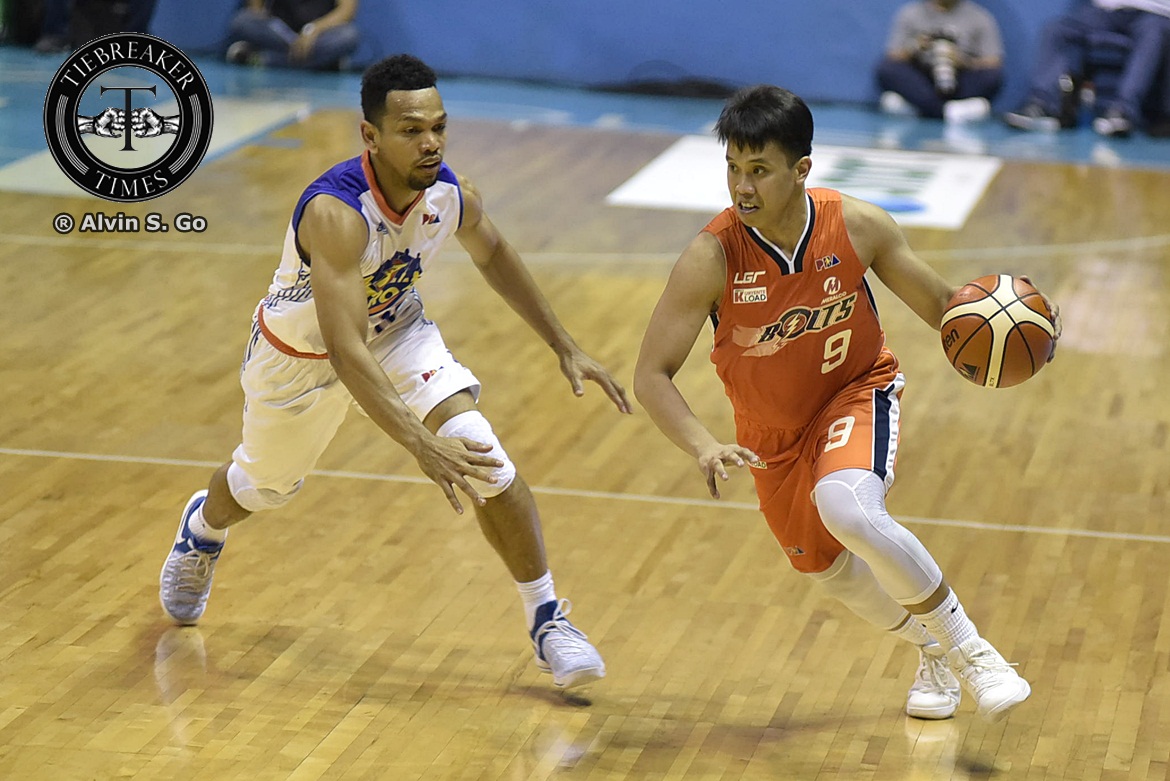 The Meralco Bolts had to avert a frightening comeback attempt by the TNT Katropa to reign triumphant in overtime, 103-100, and extend the series to a deciding Game Three, Wednesday night at the SMART-Araneta Coliseum.

“We did much better tonight than we did last game,” said Meralco head coach Norman Black in the gritty victory.

Baser Amer had his hands all over the win, scoring a career-high 32 points on 52 percent shooting. The 24-year-old also finished with six rebounds and four assists for an all-around showcase that earned the praise of his head coach.

“I have to give credit to the players especially to Baser Amer, who played his best game tonight,” lauded Black of the sophomore guard.

The Bolts were ahead by 11, 92-81, with 5:48 in the final frame, but went scoreless in the next minutes. TNT then converted shots, and as Alex Stepheson got fouled out with 1:54 left, the Katropa forced OT after split charities from Joshua Smith with 5.6 left.

Meralco took the upper hand in another tight affair in the extra period. A split free throw by Nabong with 11.6 ticks left widened their lead, 101-97, but the Katropa still roared back with an RR Garcia wing triple to inch by a point, 101-100, 3.5 seconds left.

That proved to be TNT’s last gasp, however. Nabong was again sent to the line, and this time he perfected his shots for a more favorable 103-100 advantage. Kelly Williams tried to nail a deep trey, but his shot missed, paving the way for a Meralco win.

“I expect Friday to be a dogfight,” said Black of the rubber match set this Friday, June 9, 7:00 PM, still at the Big Dome.

Stepheson, once again, scored in single digit with seven markers. But he made up for it in the rebounding department as he grabbed down 13.

Smith led TNT with 18 points on 17 shots and 18 rebounds in the loss. Williams had 16 and eight, while Garcia chipped in 14 markers and five dimes.

Main point guard Jayson Castro supplied 12 markers on 2-of-13 shooting, and was also foul-plagued all game long, as he amassed six fouls. He was disqualified during the waning seconds of the overtime.

Meralco shot 43 percent from the floor, but were out-rebounded hugely, 65-50. Their bench, for the second straight game, was outplayed by the Katropa, 54-25.