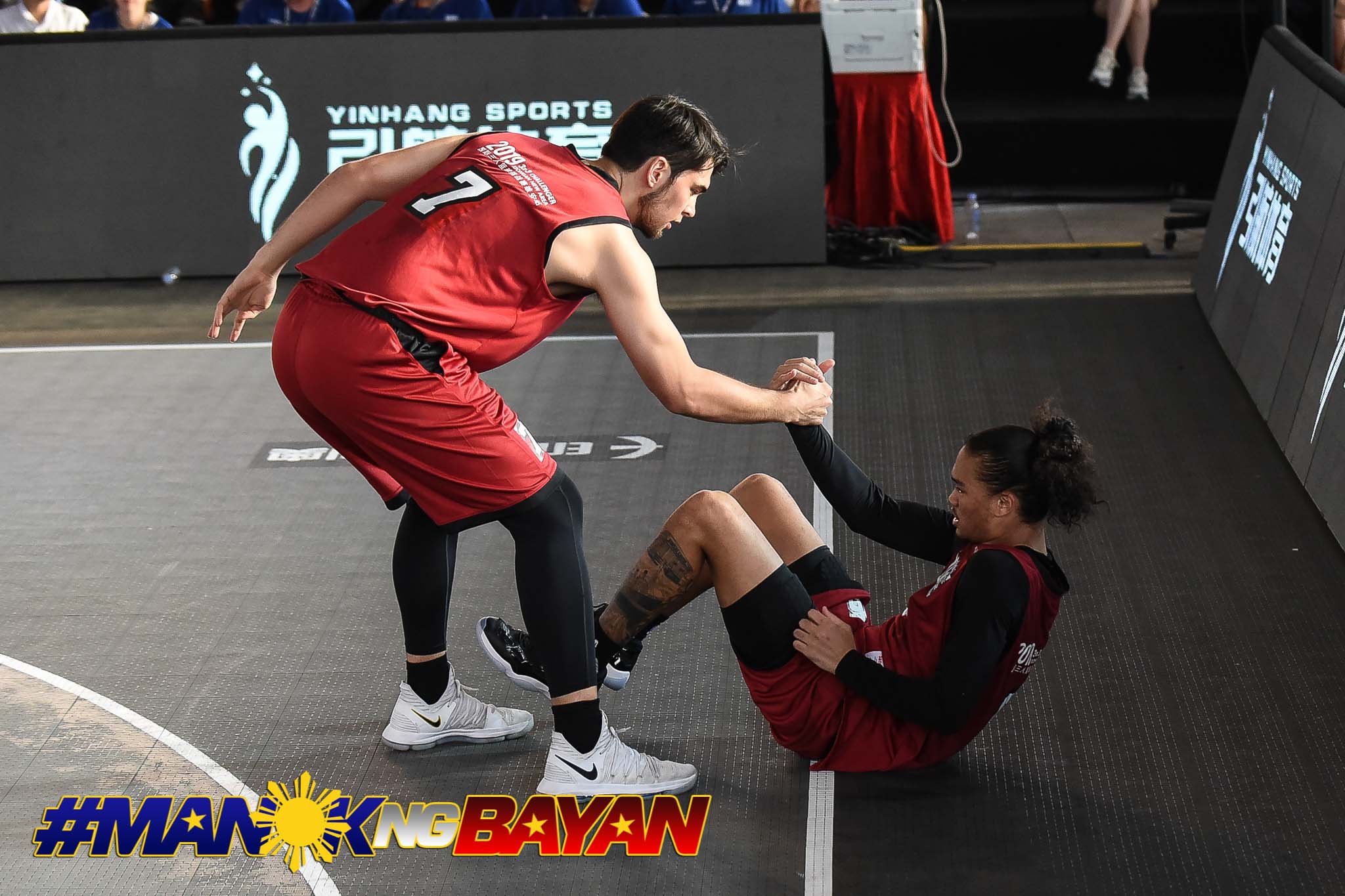 Pasig Chooks’ first-ever game without the services of Taylor Statham was a struggle. The top-ranked Philippine team could not find their groove against world no. 17 Beijing, falling 14-22 (:08), Friday afternoon.

The loss sent Pasig to a must-win situation versus Netherland’s The Hague later at 9:40 pm. A win would give Pasig hope to advance to the knockout playoffs of the 2019 Xiongan Challenger, as two teams in Pool C will move on to the next stage.

Behind Joshua Munzon, Pasig led 5-2 early. However, Beijing utilized its size, pounding Pasig inside the paint.

Though Munzon, Dylan Ababou, and Nikola Pavlovic tried to spark a rally, the lead was just too much as Ju continued to dominate. A long deuce by Yi Zheng with eight ticks left ended the contest.

Munzon paced Pasig with eight points. Ababou had three markers while Pavlovic and Troy Rike chipped in two and one points, respectively.