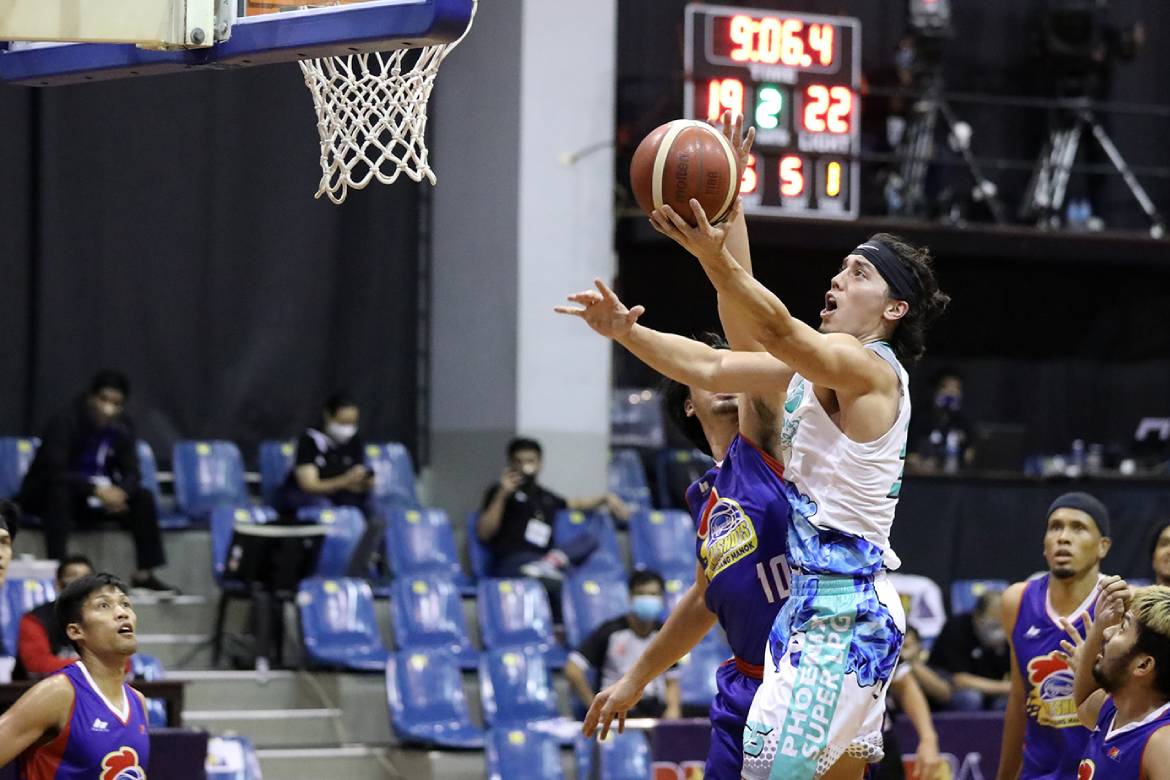 Phoenix Super LPG rallied from 17 down and stunned Magnolia, 91-84, to snap its two-game skid in the 2020 PBA Philippine Cup Friday night at the SMART 5G-powered Angeles University Foundation Sports and Cultural Center in Pampanga.

The Fuel Masters unloaded 22 consecutive points in the fourth quarter to turn the tides and take an 89-80 lead with 1:39 to go, before RR Garcia scored on a breakaway lay-up with 33.9 seconds left to deal the knockout blow.

Impressive indeed was the blazing finish, given the fact that they were playing with tired legs as Phoenix just played its third game in five days — it faced league leaders TNT last Monday and then took on Ginebra two nights later.

“We just didn’t wanna give up. It’s really challenging. We’re on our third way of a fun week for us. But we just didn’t give up,” said interim head coach Topex Robinson as his side improved to 3-2 in the standings.

Top gunner Matthew Wright could not hit from beyond the arc but he was still a major reason behind the victory, dropping 23 points on a 50-percent clip on top of seven rebounds, four assists, and two steals.

The Fil-Canadian guard was the one who tied the game at 80-all with 3:37 on the clock after back-to-back buckets, before RJ Jazul, Justin Chua, and JC Intal each hit a triple to close out the blistering 22-0 blast.

“I’m just happy I was able to make a couple of shots at the end of the game, and my teammates definitely stepped up big for me,” Wright said. “JC hit some huge shots, RJ hit some huge shots down the stretch. It was a total team effort.”

Jason Perkins notched a double-double of 20 points and 12 rebounds for the Fuel Masters. Chua finished with 14 points and eight boards, while Garcia supplied 12 markers off the bench.

Chris Banchero had 20 points to lead Magnolia, who lost its third straight and is now 1-4. The returning ian Sangalang made 15 points, while Rafi Reavis produced 12 markers and 10 rebounds.

It even looked like the breaks were going in their favor when Chua got whistled for his sixth and last foul with 45.4 seconds left, but Garcia caught the defense napping and sprinted for an easy lay-up that settled the final count.

Phoenix now looks to sustain its winning ways when it takes on the struggling NLEX on Monday, Oct. 26, at 4:00 p.m., while Magnolia battles Barangay Ginebra in another Clasico affair on Sunday, Oct. 25, at 6:45 p.m.