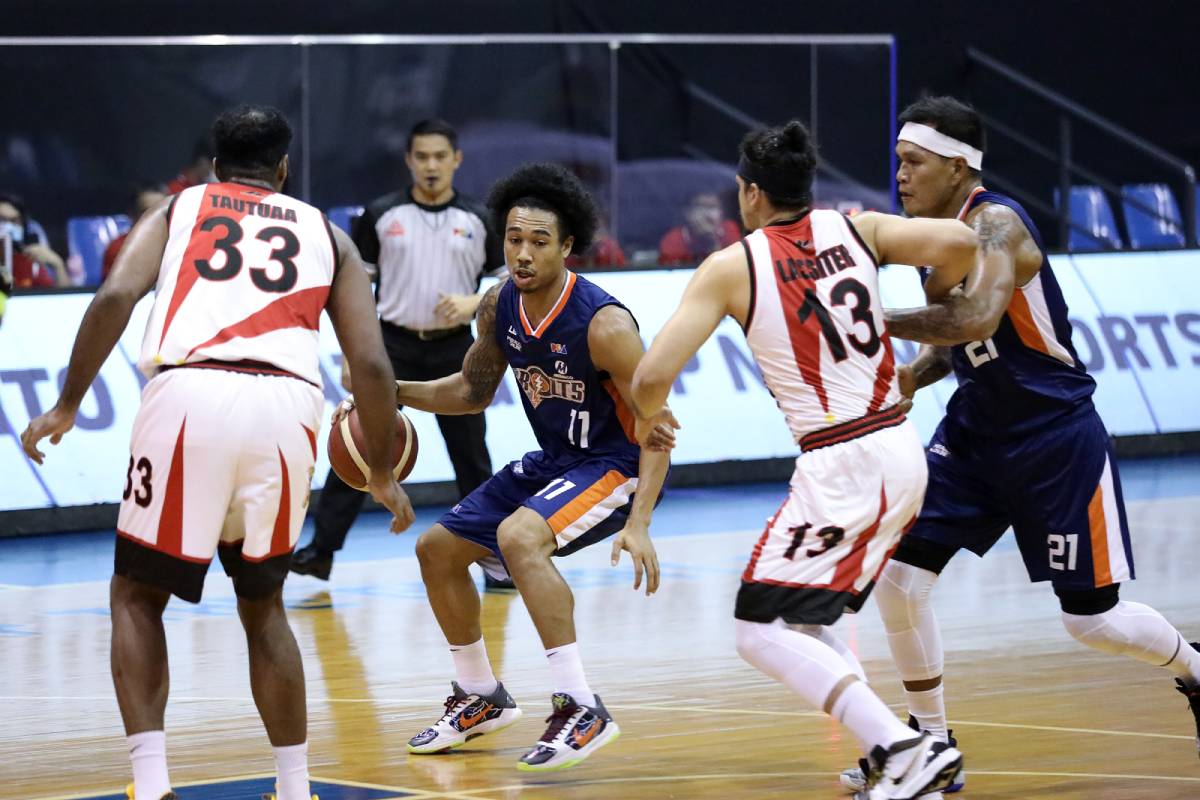 SMART CLARK GIGA CITY — San Miguel’s bid to extend its All-Filipino domination to six begins when it takes on a motivated Meralco in the opening salvo of the 2020 PBA Philippine Cup quarterfinals, Friday.

Game time is at 4:00 p.m., with the Beermen looking to make good use of the win-once incentive they earned as the fourth-seeded team — a position that, at one point, appeared difficult to achieve.

It is no secret that the reigning, five-time champions struggled in the bubble. They lost Terrence Romero to a shoulder injury, further limiting their depth since they were already without six-time MVP June Mar Fajardo.

Still, they soldiered on, showing their champion composure. San Miguel strung together four straight wins, then snapped a short skid by ending the eliminations with back-to-back victories to clinch the no. 4 spot.

Meanwhile, SMB head coach Leo Austria feels happy to reach the post-season, but he believes his charges can up the ante further.

“We’re so happy to make it to the quarterfinals. This team, when it comes to the playoffs, iba ang nilalaro eh,” said the four-time Coach of the Year, the architect of San Miguel’s unprecedented all-Filipino dynasty.

Standing in their way are the Bolts, who are looking to extend their breakthrough run.

The MVP Group-owned franchise is making its first Philippine Cup quarterfinals appearance in half a decade. Now, it wants to savor the moment despite its twice-to-win disadvantage.

For head coach Norman Black, though, his concern is to play consistent basketball for 48 minutes. Some of their games in the elimination round saw them lead big early only to lose in the end.

That exact same thing happened when the Bolts took on the Beermen last Oct. 28. They led by as much as 13, until Mo Tautuaa and vets Arwind Santos, Alex Cabagnot, and Chris Ross led SMB to an 89-82 win.

“It’s something that we have to fix because you don’t want to get in the playoffs and all of a sudden have a big lead, and then lose that lead at the end of the game,” said Black, who coached San Miguel to a Grand Slam in 1989.

“We have to become more consistent throughout the game. We have to try to get better every single game, and it has to start with our next game, because obviously if you lose your next game, you’re out already.”