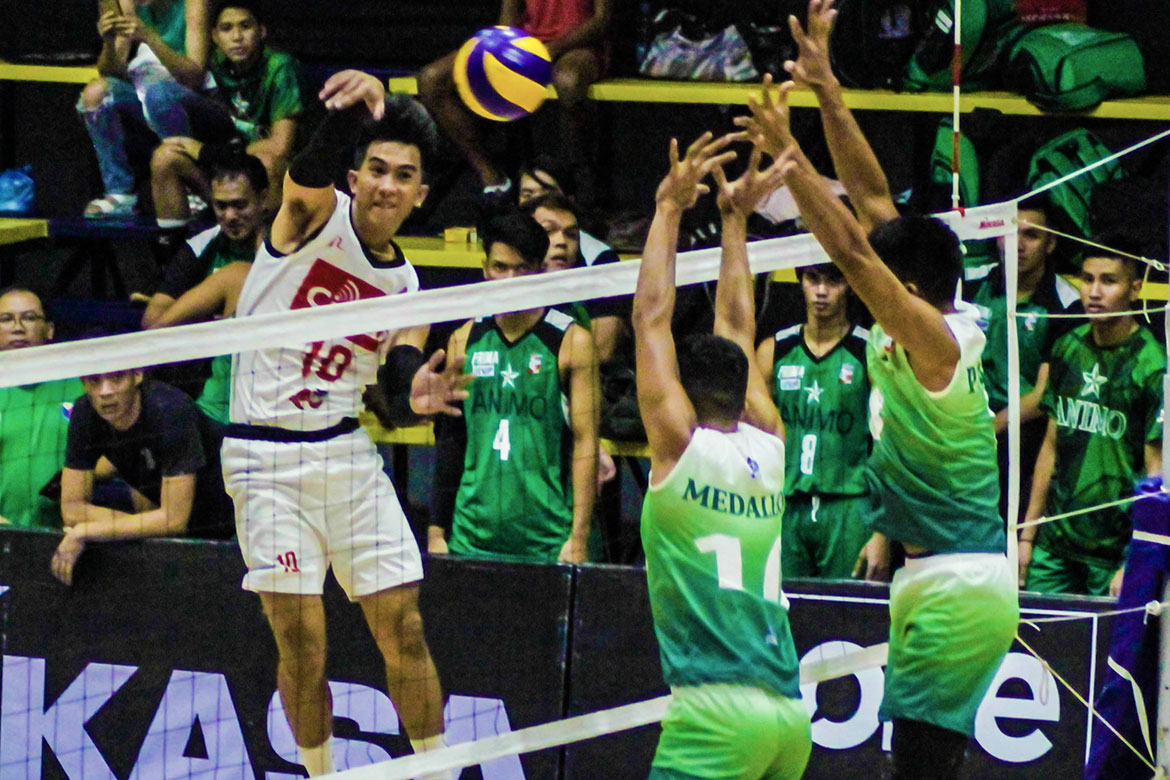 Continuing their tear in the 2019 Spikers’ Turf Reinforced Conference, the Cignal HD Spikers picked up a quick, straight-set victory over the IEM Volley Masters, 25-22, 25-15, 25-18, Tuesday at the Paco Arena in Manila, Tuesday.

Picking up their fourth win in as many games, Cignal shared pole position with PLDT.

Wendel Miguel fired 12 points for the Spikers while Marck Espejo and Jude Garcia chipped in 10 points apiece to power the Cignal offense.

Abdilla delivered 25 big points to steer the Jet Spikers to a 3-1 card. Kim Malabunga and Jeffrey Malabanan chipped in 16 and 15 markers, respectively.

Both teams went toe-to-toe against each other with the fifth set heading into a deuce. With the game tied at 16-all, Abdilla again delivered for Air Force, blocking a Tony Koyfman attack which was then followed by a kill to notch the victory.

Koyfman poured 28 markers for the Griffins, who dropped their third straight game.

With the final set tied at 13-all, Cris Dumago’s off-the-block kill followed by a powerful spike from Vince Abrot was the exclamation point for the Green Spikers.

“They became aggressive, they started with a good strong serve [and] they were able to disrupt our pass, I think our transition attack was a little hold back,” said Animo head coach Aaron Velez.

Dumago fired 19 points built on 16 attacks, two aces, and a block while Abrot added 18 to will Animo to its third win of the tournament.