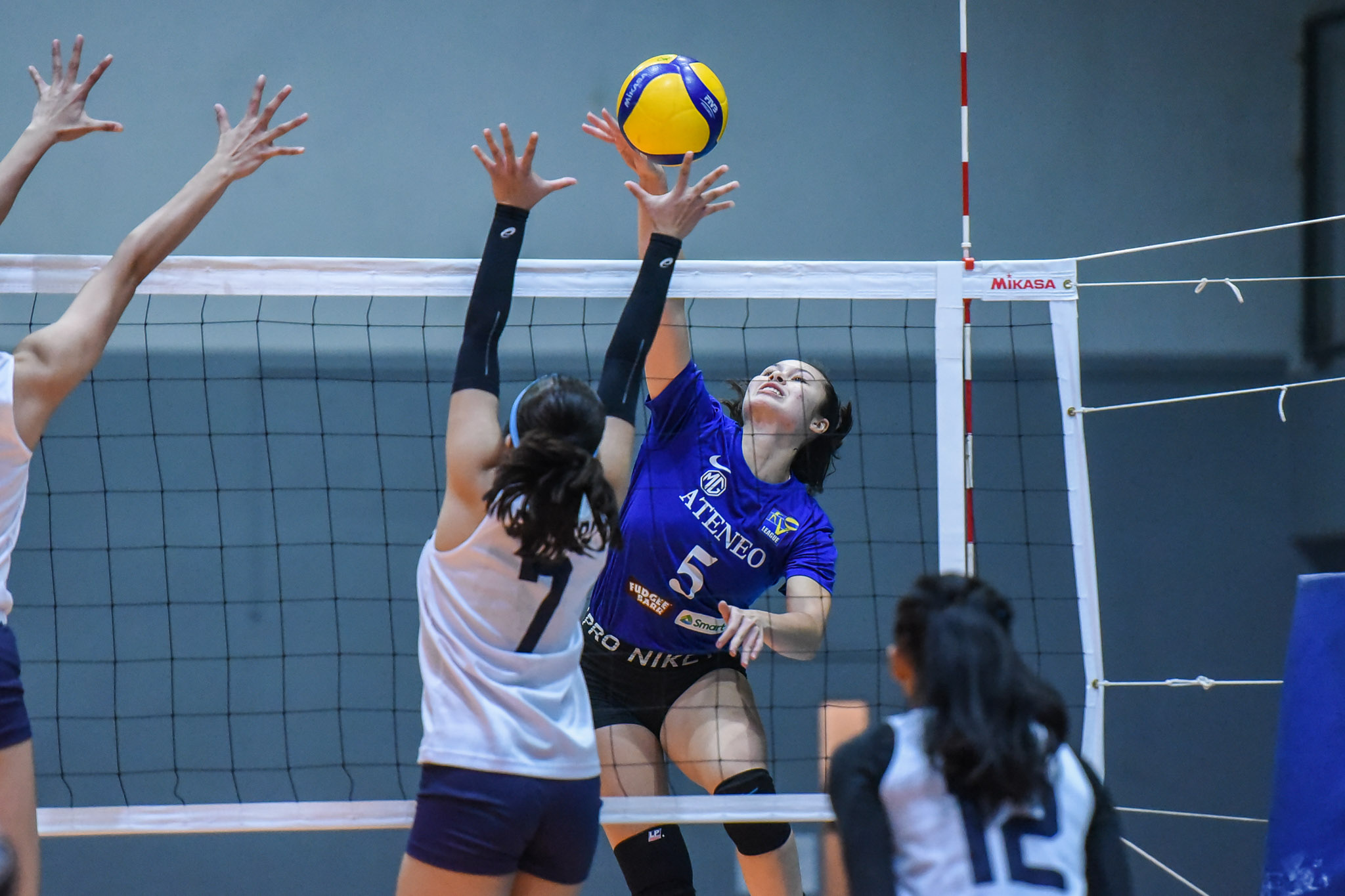 “Nag-let up kami nung fourth set, we gambled, we said that ‘sige, kayang kaya yan’ and my players nag-worry right away. Well, sa akin yun I could have changed the position right away and I asked them to put up the character right away and this is a challenge for us growing,” said Ateneo head coach Oliver Almadro.

“Well, natalo. Fifth set eto and I just told my players to be responsible with what you do and then they responded. I’m happy na nag-respond sila at the right time,” he added.

The Blue Eagles almost had it in the bag but the Lady Falcons, after trailing by 10 points, 10-19, went on a 17-6 barrage. They stole the fourth frame and send the game to a decider.

Ateneo once again figured in a tight duel with Adamson in the clincher, but Nisperos scored two consecutive kills late in the fifth set to turn a one-point disadvantage to a 14-13 lead. Trisha Tubu saved a point for the Soaring Falcons before consecutive errors from Riza Cruz and Tubu sealed the win for the Blue Eagles.

Kate Santiago paced Adamson (2-1), who settled for the second seed in the same group, with 23 points on 19 attacks, three aces, and a block while Tubu and Lorene Toring added 15 and 12 markers, respectively.

Ateneo goes up against San Beda University in the quarterfinals Friday, 3:00 PM. Meanwhile. Adamson takes on University of Sto. Tomas on November 9, Wednesday at 5:00 PM.