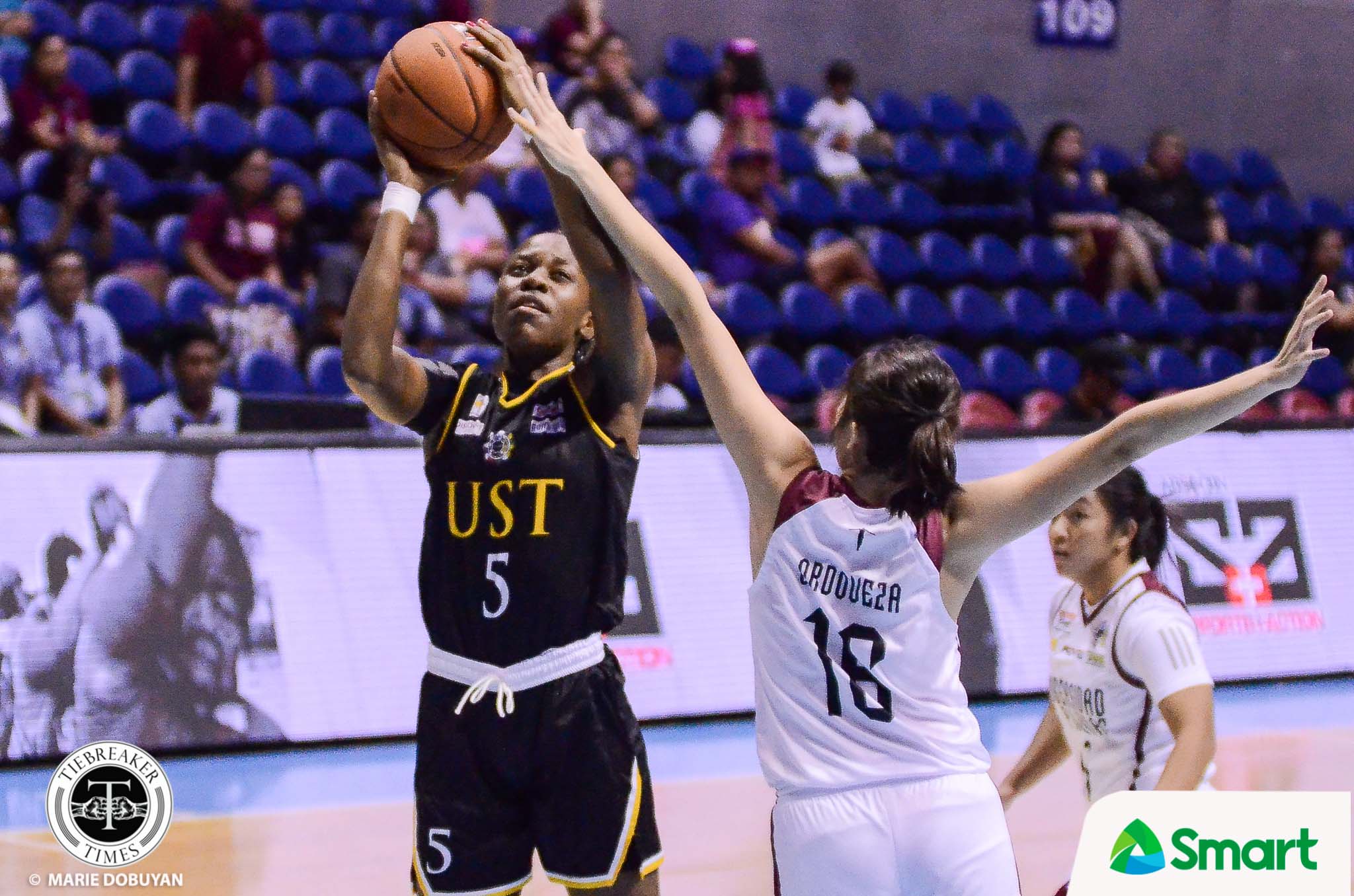 University of Santo Tomas hardly broke a sweat and dealt University of the Philippines a 55-point decimation, 103-48, Saturday in the UAAP Season 82 Women’s Basketball tournament at Smart Araneta Coliseum.

Last season’s MVP Grace Irebu uncorked a double-double performance of 23 points, 13 rebounds, three blocks, and two steals as she led the five Golden Tigresses to get to double digits in scoring to kickstart their campaign on a high.

“They say na mahirap to start the season and get the first win, but we’re happy to have this one,” said coach Haydee Ong as she eyes to improve her side’s bronze medal finish last year.

Lon Rivera also got 12 points and seven boards, Aly Gonzales had 11 points, as Ruby Portillo just missed out on the scoring party with her eight points and seven rebounds for the Golden Tigresses.

It was an all-out bombardment on the part of UST as it forced UP to 35 turnovers and flipped those to 36 easy points.

The Golden Tigresses also shot 45-percent from the field, as well as dominating the paint, 68 to 26.

Rei Sanchez led the Lady Maroons (0-2) in the defeat with 11 points and 11 rebounds.

Mika de Leon and Jona Lebico both had 10 points and six boards each as UP once again continued its four-year-long losing skid with this 32nd straight defeat.