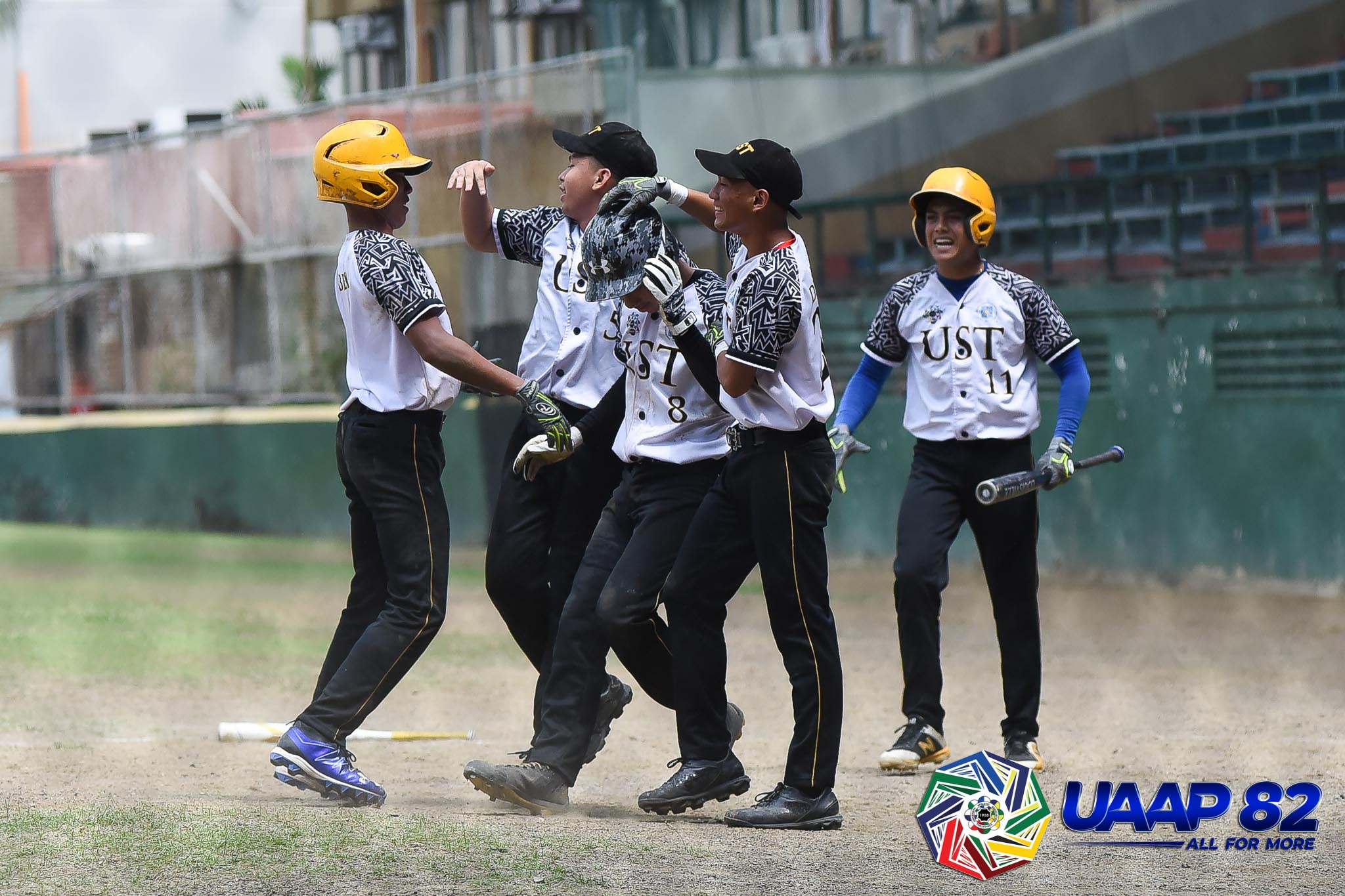 Coming off a 0-2 start, the Junior Golden Sox racked up their third straight win to create a tie for second with Ateneo, who defeated De La Salle-Zobel earlier in the day 9-3.

Paving the way for UST’s win was pitcher Kenth Porras, who pitched a full game. The native of Talisay, Negros Occidental allowed just four hits while striking out two batters.

Both of his strikeouts came when NU threatened during the sixth inning.

On the other hand, previously-elusive NU pitcher Nico Calanday was peppered by the UST batters in the second inning, resulting in three runs on three hits.

Not even a one-hour rain delay after the second stanza could stop the UST rampage, pinching in eight more runs — all but one was earned.

Alwyn Pinero had two hits in the game and an RBI to power UST’s offense.

“Every game counts now. We have to win every game,” said Ateneo baseball program director Randy Dizer. “It’s still anybody’s ballgame dahil only two can make it to the Finals.”

It did not help that La Salle-Zobel had five errors.

Mar Prado explodes for 40 as Adamson rises to third, dumps UP

PBA Board sends letter of request for scrimmages, season resumptions to AITF