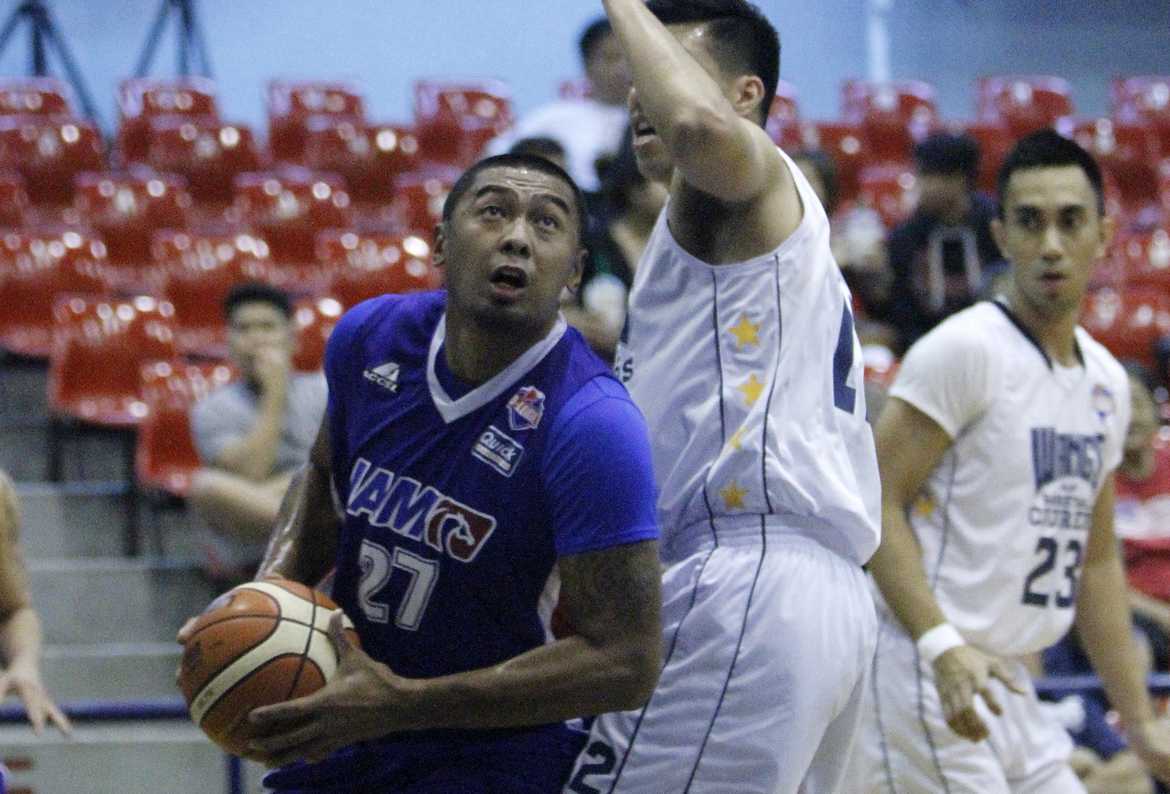 UP-QRS/Jam Liner kept alive their quest for a twice-to-beat advantage after outplaying Wangs Basketball, 80-69 Thursday in the PBA D-League Aspirants Cup at the Ynares Sports Arena in Pasig.

UP, who improved to 4-3 in the team standings, leaned on their lockdown defense, holding Wangs (1-6) below 20 points in each of the four quarters.

A triple by Kevin Ferrer, and baskets by Juneric Baloria and Raul Soyud, capped a mighty 22-4 in the second quarter that gave UP a 39-29 lead before settling for a 39-33 edge entering the break.

James Mangahas then led the Couriers in a comeback attempt, pouring six straight points in the third as Wangs cut the deficit down to only 44-43.

However, UP responded well, closing the third quarter and out-scoring their foes 18-8 before shutting Wangs down defensively in the final quarter.

Five players finished in double-digits for UP, led by Raul Soyud who topscored with 21 points and added 10 rebounds. Raymond Aguilar chipped in a solid effort on both ends, notching a double-double of 16 points and 18 rebounds.

UP consultant Joe Ward emphasized the effort on defense in the win, saying it will be crucial for the team in the games to come.

“Play defense and take good shots. Like what I always say, it’s about the defense. If you watch the PBA the teams that make the finals are the defensive teams, not the offensive teams,” Ward said.

Wangs were limited to only 33 percent shooting overall, and 14 percent from three-point area. The Couriers only had seven assists too, against 15 turnovers.

Mangahas paced the Couriers with 17 points, although he shot 8-for-23 from the floor. Gwyne Capacio added 14 points and seven rebounds.