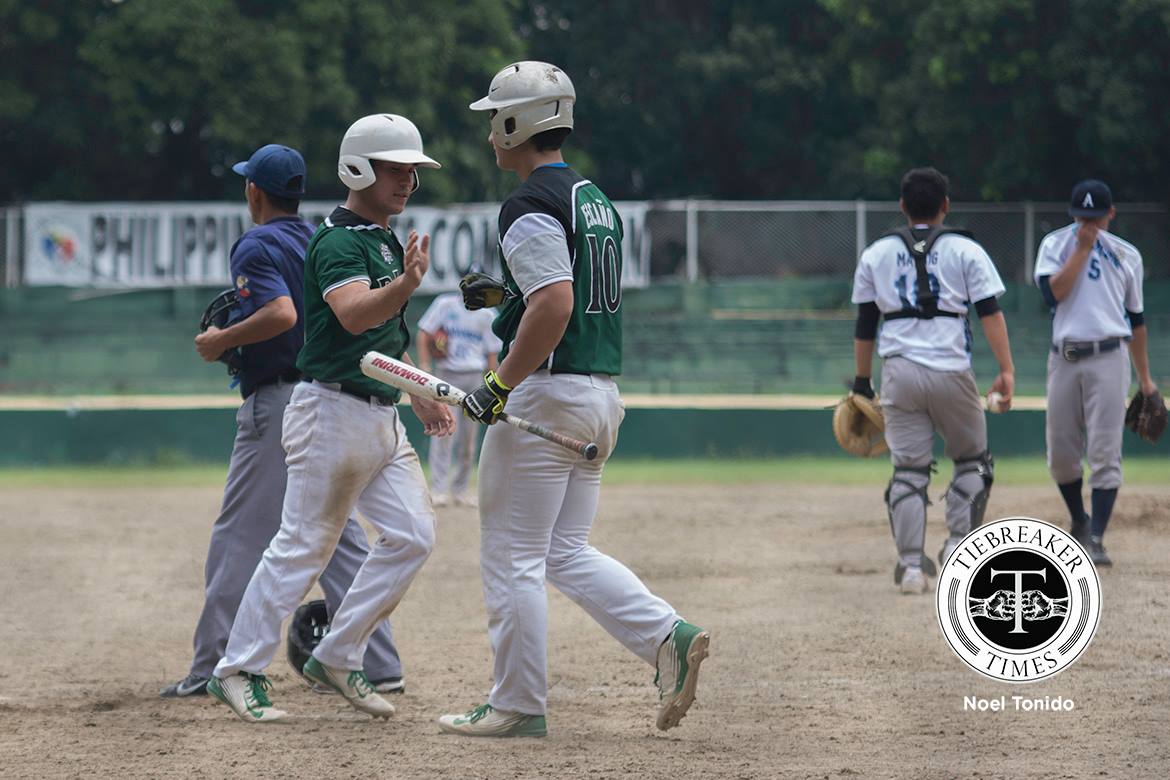 For the first five innings, the Adamson University Soaring Falcons were on the verge of duplicating their 7-3 first round win over the De La Salle University Green Batters. However, the defending champions remained patient, rallying back to take an 8-5 win, Sunday afternoon at the Rizal Memorial Baseball Stadium.

The win keeps the Green Batters on pace with the University of Santo Tomas Golden Sox with identical 4-2 slates. The Soaring Falcons, on the other hand, dropped to 3-3, a full game behind UST and the De La Salle University.

The win did not come easy, however, as the Soaring Falcons led 5-2 during the first five innings of the game. Adamson’s starting pitcher Erwin Bosito allowed just three hits and two runs — all in the first inning. On the other end, Al Jayson Benito powered Adamson’s offense with a 2 RBI double during the third inning.

And when the batters from Taft Avenue were finally able to settle down, they were able to erupt in a three-run sixth inning. The errors mounted for Adamson during the inning, and with two runners on base, third-year Paolo Salud blasted a triple to center field to bring home the two runners. A sac fly to right field by Diego Lozano brought home Salud for the tying run.

The patience Orillana preached also led to 14 walks for La Salle, including a walk of Andre Palacios with the bases loaded that brought home Paul Naguit for the winning run in the eight inning. A throwing error by Adamson’s outfield and an RBI single by fifth-year shortstop Franco Hashimoto brought home Kiko Gesmundo and Paul Naguit respectively that added to their cushion in the final inning.

Skipper Paul Naguit punched in three runs for La Salle, all unearned. Salud added two more runs and two RBIs as he went 3-of-5 at bat.

La Salle will next face the UST Golden Sox on Wednesday, March 1 at 2:00pm. The game will break the tie between the two squads. Adamson, on the other hand, looks to arrest their two-game skid, facing the University of the Philippines Fighting Maroons on the same day at 7:00am.