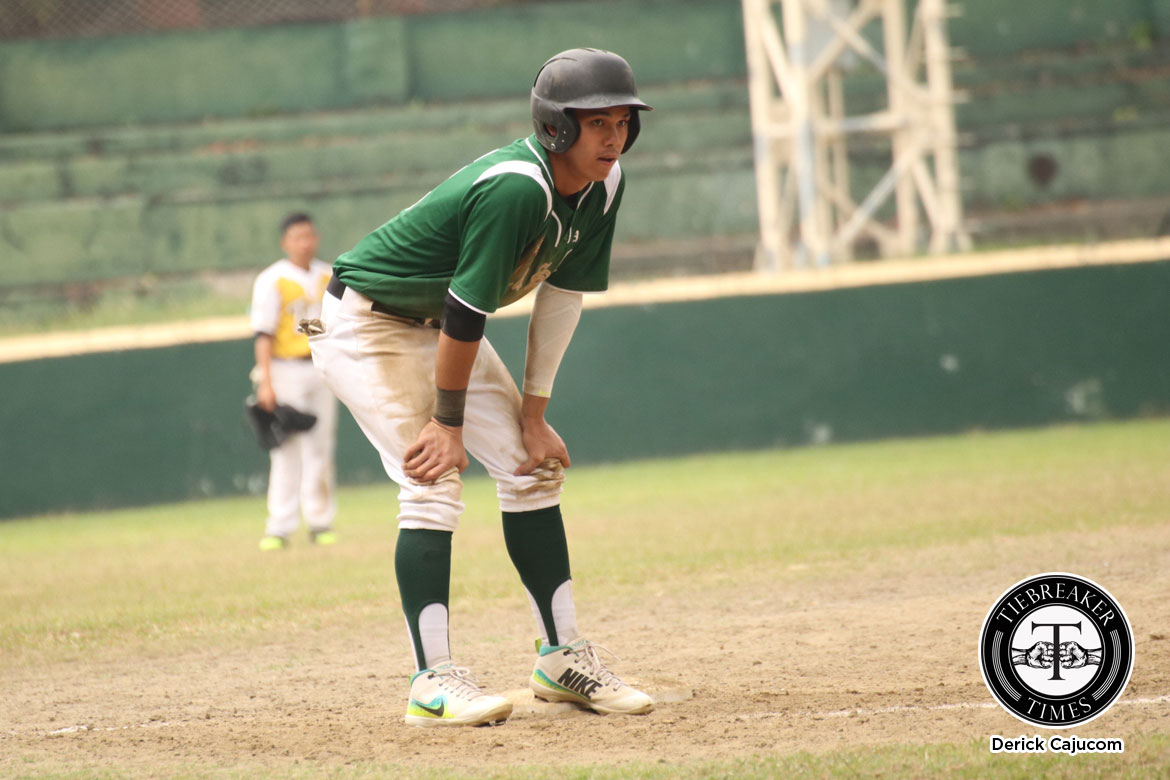 The UAAP Season 78 champions stormed right out of the gate during the first two innings, connecting three times that helped erect a 4-0 lead. The Golden Sox though stormed right back by the next three innings, slicing the lead to just 5-6 — highlighted by a solo home run by Alwen Albang during the fifth inning.

However, the Green Batters were just heating up. La Salle was able to pick up three runs each during the seventh and eighth innings that forced UST head coach Jeffrey Santiago to scramble from his bullpen. Paulo Salud provided the spark during the seventh inning with a two-RBI triple while Kiko Gesmundo uncorked a solo home run in the next inning.

Salud went 2-of-5 at-bat, resulting to two RBIs and two runs, while their first game hero Kiko Gesmundo, who played third base this game, had four RBIs and two runs. Returning senior Cholo Dominguez had three runs, an RBI, and a stolen base.

However, the game was also marred by numerous confrontations as well.

During the first inning, as Diego Lozano went to punch in the first run, catcher Marlon Gonzales seemed to have tagged the runner as he made his way to home plate. However, the umpire deemed that Lozano was safe that drew a few unkind words from Santiago.

Later on in the sixth inning, UST reliever Jackson Acuna’s pitch went rogue on him, hitting Andre Palacios. In the next play, his pitch also hit Salud on the left shoulder. Frustrated, Salud allegedly cursed at Acuna before moving on.

UST exhausted four pitchers in the contest with starting pitcher Ian Llave giving up the most hits (four) and runs (five) during the three inning he pitched.