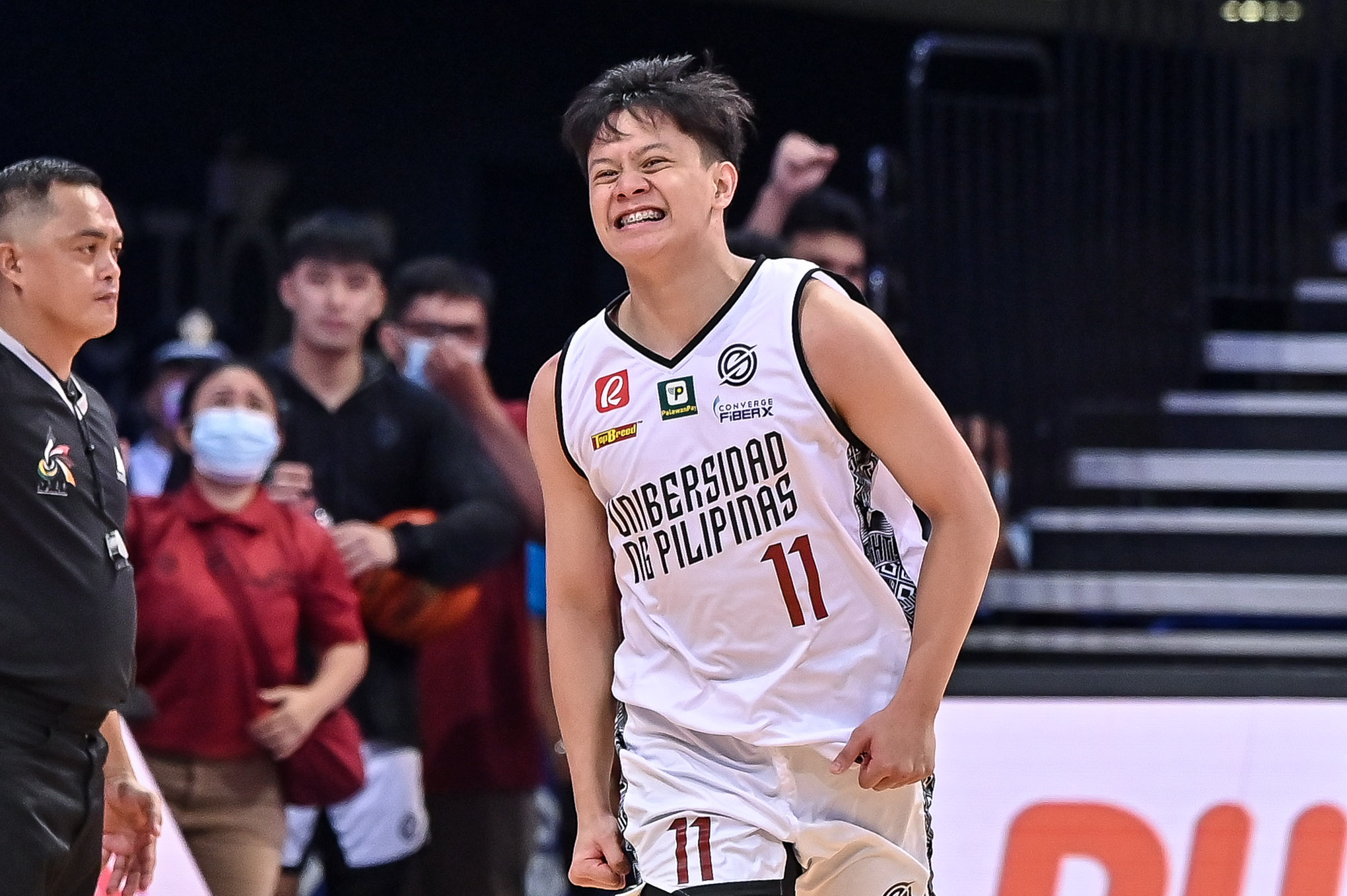 Defending champion University of the Philippines needed to dig deep to dispose of De La Salle University, 72-69, in the UAAP Season 85 men’s basketball opener, Saturday at the SM Mall of Asia Arena.

Trailing by three, Kevin Quiambao – who struggled all night – drilled a trey to put La Salle within two with 1:36 to go, 64-66. But Carl Tamayo and James Spencer answered back with four straight points to put UP ahead, 70-64, with 16 seconds left.

Then the Green Archers were able to produce two quick points off a Mike Phillips putback on Schonny Winston’s miss with 12.2 ticks to go, 66-70.

In the ensuing play, Tamayo caught the inbound but the ball slipped off his arms to give La Salle the ball back. Evan Nelle translated that into a triple off the board with 6.6 seconds remaining, 69-70.

Tamayo was then sent to the line with four ticks left. He drained two clutch freebies, before Nelle fumbled the next play and failed to take a shot.

Tamayo had a monster double-double of 18 points and 19 rebounds. Malick Diouf got nine points and 13 rebounds.

Terrence Fortea stepped up in lieu of Season 84 hero JD Cagulangan, who did not play due to a hamstring injury with 15 points, nine assists, and five rebounds.

UP will look for its second straight win on Wednesday at the PhilSports Arena when it clashes with Adamson University at 1:00 PM.

Schonny Winston tallied 27 points on 12-of-18 shooting. However, he made just two points in the crucial payoff period.

On the other hand, the Green Archers seek to bounce back later that day against University of Santo Tomas at 4:30 PM.