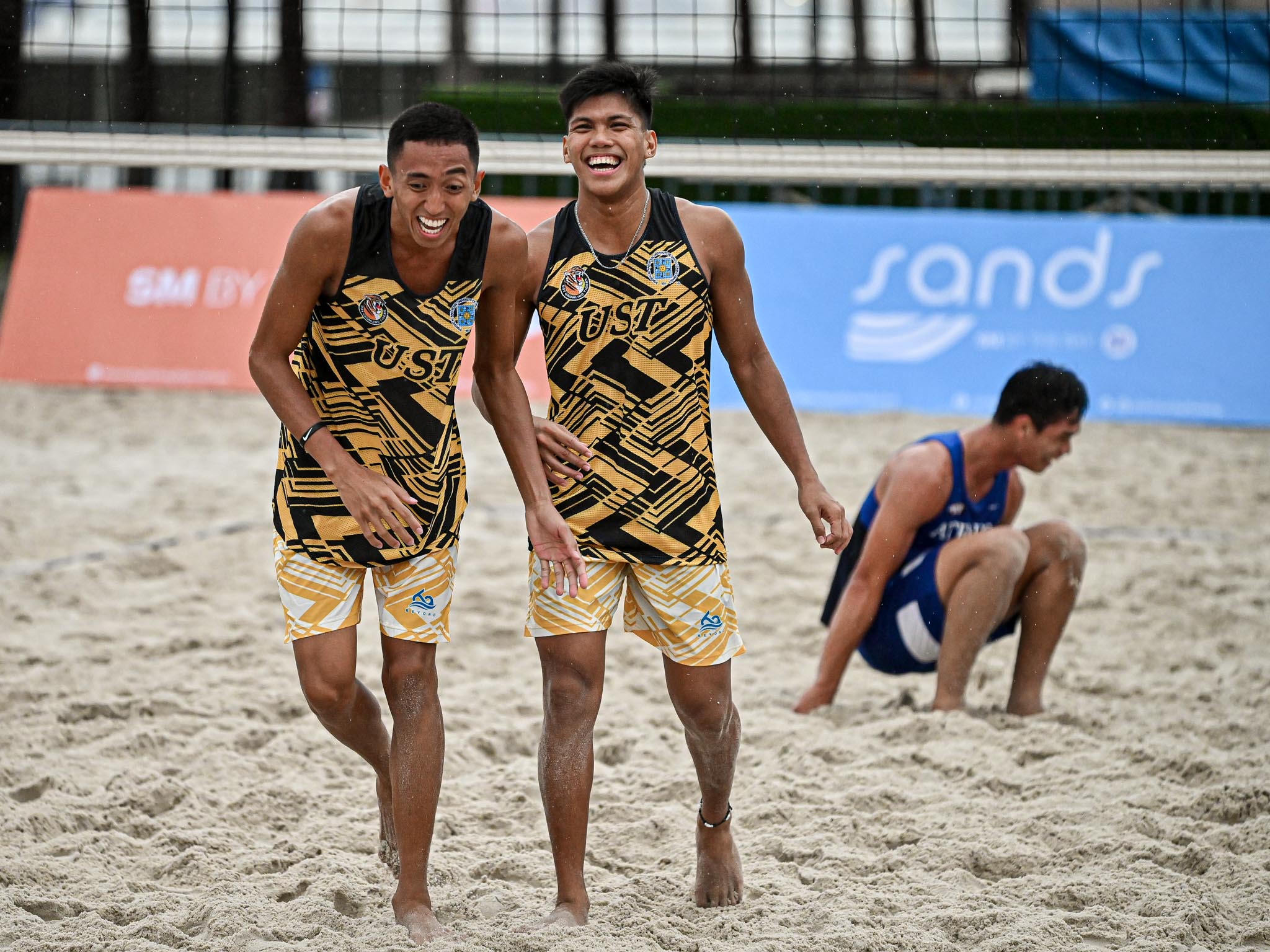 Four-peat-seeking University of Santo Tomas and National University continued to stamp its class in the UAAP Season 85 men’s beach volleyball tournament Wednesday at Sands SM By The Bay.

The Tiger Sands then scored a swift 21-12, 21-9 win over Adamson’s Francis Casas and Evander Novillo to secure their place in the Final Four with a 5-0 slate.

Ateneo’s Jian Salarzon and Amil Pacinio downed University of the Philippines’ Dan Nicolas and Erl Eusebio, 21-17, 21-8, for a 3-1 record in third place.

The Tamaraws now sit in fourth place at 2-2.

De La Salle’s Noel Kampton and Vince Maglinao entered the win column after three straight losses with a 21-13, 21-9 tripping of UE’s Abria and Buenasalida. The Green Spikers are now tied with the Fighting Maroons in fifth spot.