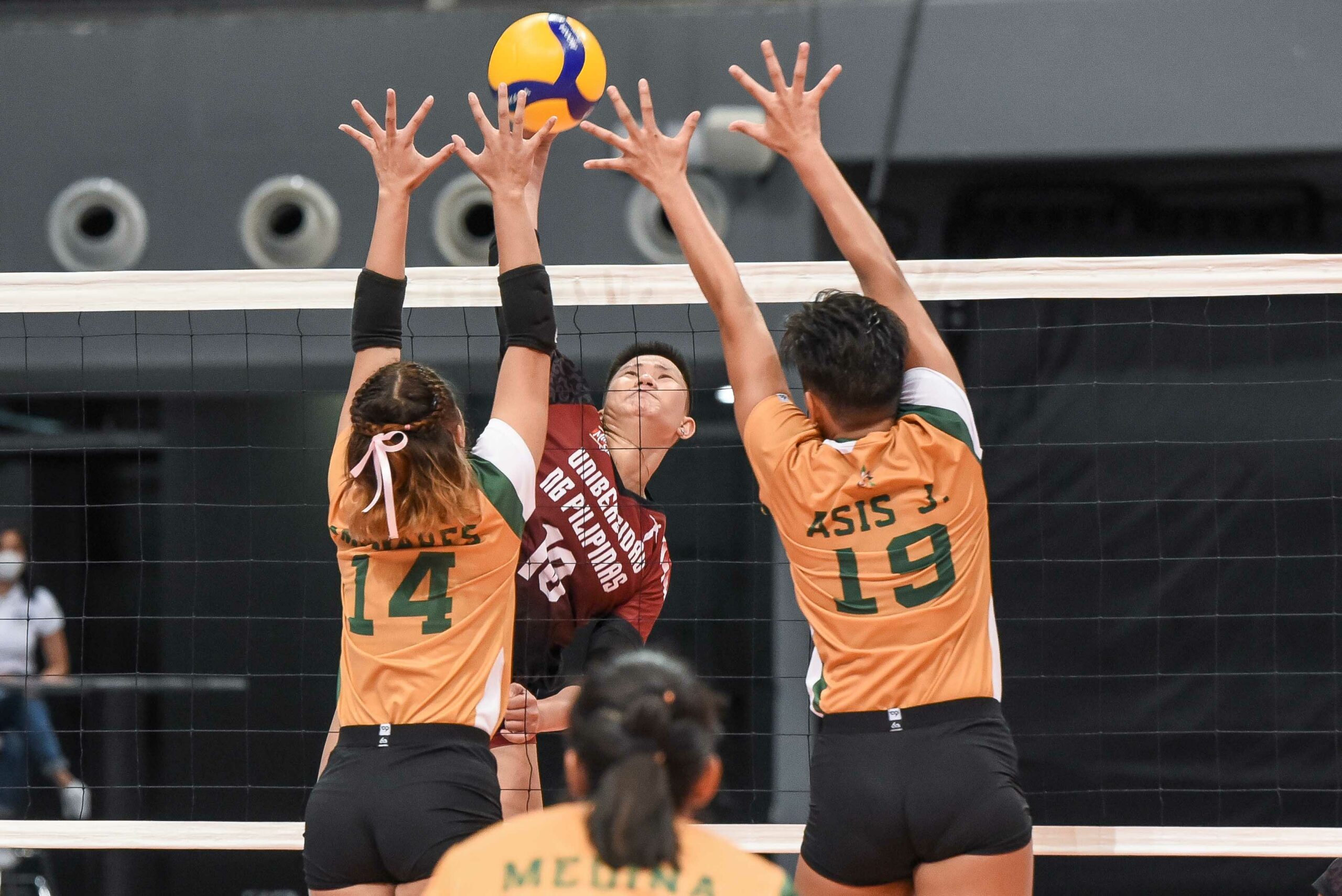 Alyssa Bertolano stepped up in the clutch as University of the Philippines avoided a huge meltdown in a five-set marathon against Far Eastern University, 25-12, 25-22, 24-26, 27-29, 15-11 in the UAAP Season 84 women’s volleyball tournament, Saturday at the Mall of Asia Arena.

With the Lady Tamaraws slicing the Fighting Maroons’ eight-point advantage to just three, Bertolano rose high for a kill to put UP at match-point, 14-10, in the final set.

Bertolano was rejected by Chen Tagaod in the next play before eventually sealing the game through a combination play.

The UP rookie, who had 20 points in her debut against University of the East last Thursday, tallied a game-high 25 points – 24 of which came from attacks – along with 11 excellent receptions and 10 excellent digs to finish with a triple-double and power the team’s 2-0 start.

“The first two sets we played our game. The third and the fourth sets, we kinda stopped,” said Fighting Maroons head coach Godfrey Okumu after the game that lasted for two hours and 41 minutes. “We were playing like we won the game already so we needed to regroup for the fifth set and that’s why we were able to win.

“But again, we still have a lot of things to work on as a team. We spike well, we pass well, but we have to work on our defense especially. FEU is not an easy team to beat, they are a strong team and we give them respect,” he added.

Lorie Bernardo also chipped in 13 points while team skipper Jewel Encarnacion came up with 12 in the victory.

The Fighting Maroons went off in the opener, pouncing on the helpless Lady Tamaraws before taking the second set for the 2-0 advantage. FEU eventually came alive in the next two sets, surviving UP’s surge to send the match to a decider.

Tagaod led the way for the 0-2 Lady Tamaraws with 18 points. Jean Asis added 15 points on 10 attacks, four blocks, and an ace while Lycha Ebon had 10 markers.