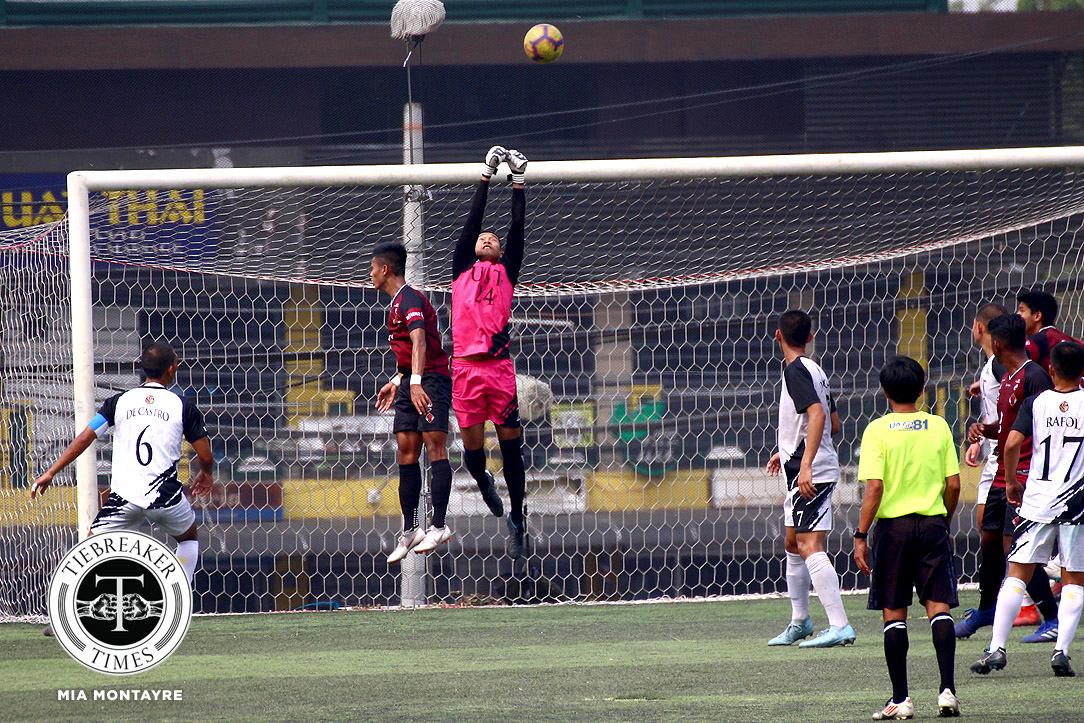 In a repeat of last year’s big dance, Anotado scored his fourth goal in the UAAP Season 81 Men’s Football Tournament to secure a 1-1 for UST draw against defending champions UP, Thursday afternoon, at the Far Eastern University-Diliman turf in Quezon City.

Similar to their championship game last year, the Fighting Maroons took the lead from a defensive lapse by the Golden Booters. Daniel Saavedra was unmarked in the UST box, and he calmly scored from close range at the 50th minute.

This time around, though, UST found a way to recover from that setback. Fourth-year forward AJ Pasion played a wonderful through ball for veteran striker Anotado, who timed his run to perfection and scored past UP goalkeeper Harel Dayan for the leveller four minutes after they conceded.

Near the end of the contest, UST skipper Ian de Castro had a golden opportunity to steal all three points for the Espana-based school. Unfortunately, his attempt was agonizingly cleared off the line by a UP defender.

“We’ve had three games where the opponent scored first,” noted UP mentor Anto Gonzales, who praised UST for its aggression and control of the midfield. “Overall, this game was an improvement compared to our last game against FEU. We’ll take the small improvements.”

UP (7 points) shall take on the University of the East on March 17, 2019, at FEU-Diliman. On the other hand, UST (10 points) await their first assignment for the second round.

READ  UP beats UE to clinch maiden win in Season 78