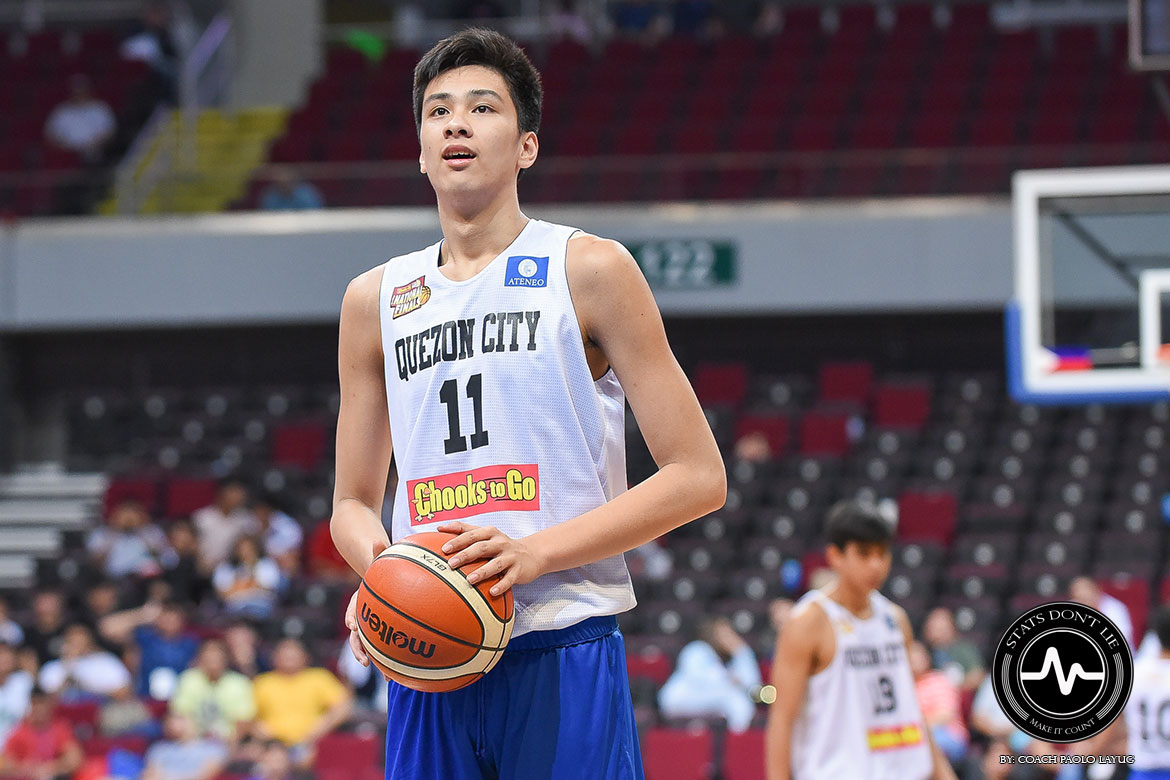 There has been a lot of buzz lately on Kai Sotto and for good reason – he represents the best chance for a homegrown Filipino to make the NBA. Of course, this comes with high expectations and critiques from everyone and his lola.

Personally, I was really looking forward to seeing him play up close with Mighty Sports in Dubai, but unfortunately things fell through. I wanted to see how he’d play with and against NBA-caliber players.

Instead, I decided to take a deep dive into his play over the past year, watching some games from the Under-19 World Cup and his time with The Skills Factory (TSF) in the US.

(Disclaimer: All clips and videos belong to FIBA and SUVtv)

Offensively, it’s obvious that Sotto isn’t just a seven-foot stiff. He’s highly skilled, can play both inside and out, can even put the ball on the floor, and has a decent perimeter game.

He’s got good footwork in the post and is very patient. He doesn’t get rattled by double teams and takes his time reading the defense before making his move.

From a coach’s perspective, what’s nice about Kai is that he doesn’t force the play – he lets the game come to him. If he has a chance to go one-on-one, he will. But if defenders start to double or sag off his teammates, he’s a willing and solid passer (more on that later).

For the next year, he’ll be playing with other very talented players. He probably won’t be asked to carry the scoring load and while this may raise questions from Filipino fans like why isn’t he scoring more, it may benefit him more in the long run. He can simply focus on learning the NBA style of play and rounding out his skill set.

Speaking of the NBA style of play, Kai will also have to get used to setting a ton of ball screens, as that’s how the game is played today.

The good thing is that even though he’s skinny, he isn’t afraid to be physical. He does his best to set solid screens to free up his teammates.

In the next example, Kai makes a read and slips to the basket once his defender slides out to defend the guard.

Kai will always be a huge target on the roll because of his height and if he can improve his speed and agility to finish on the move, he will be even more of a threat.

Not only will he get more chances to finish at the rim, but he’ll also attract the defense, which should lead to open shots for his teammates. In the clip above, we see that two off-ball defenders actually committed to Kai and he was able to draw a foul on the roll.

One thing he can still improve on is the speed at which he rolls to the basket. Defenders at the professional level are more athletic and will be able to rotate back to him more quickly. Being able to explode to the basket after setting a screen will create more separation and give him more time to finish or make a play.

During the last U19 World Cup, Kai only took five threes, hitting one. Fittingly though, it came off a trailer three.

He’s probably going see a lot of these types of looks, as he will very rarely be the first big down the floor.

What’s encouraging is that after watching a couple of Kai’s games with TSF (and not just the highlights – the actual games), we see that he’s been working on his perimeter shooting.

Here’s a clip of Kai coming off a pindown off a set play.

(He kinda looks like a 7-foot-2 Toni Kukoc coming off those screens!)

Looking ahead, Kai will have to expand his range up to the three-point line and also be comfortable taking pick and pop shots out of ball screens.

In the first clip, Kai attacks when he had more than enough space to get his shot off. In the second clip, Kai pops and takes the jumper, even though there was a hard close out on him.

This may indicate that he’s not yet that comfortable taking shots coming off pick and pops.

Being a consistent outside threat, whether off the pop or on a spot-up situation, will open up the game for him. Down the road, Kai may play in a five-out or pick and roll heavy system and be asked to space the floor to allow for guards to attack, similar to how guys like Brook Lopez and Kristaps Porzingis are being used.

If there’s one part of Kai’s game that is advanced, it’s his passing skills. It helps a ton that he’s ambidextrous. In fact, it seems that he’s a better passer with his right-hand.

Seeing a 7-foot-2 big making these plays, passing off the move and on the break is part of what makes him fun to watch.

Check out this behind the back pass that he attempted to make which resulted in a turnover.

Yes, it went out of bounds, but it also shows that he’s aware of where his teammates are on the floor. How many players, let alone a big man, would even attempt to try this pass?

Sometimes you need to live with mistakes born out of creativity to let a player’s game shine.

For many pro coaches, including TNT KaTropa head coach Mark Dickel, the one thing that Kai will really have to work on is his mobility and pick and roll defense. As mentioned earlier, the modern game is about the ball screen and that goes for both ends of the floor.

Many teams like using a drop coverage to both to encourage low PPP mid-range shots as well as to prevent rotations that give up open threes.

In the clip above, Kai gets snaked on the ball screen and blown by, leading to a layup. While this didn’t happen too often during the U19 World Cup, it is a glimpse of what Kai will be going up against his entire career – guards targeting and testing him on the pick and roll.

One encouraging thing is that with TSF, he wasn’t only asked to drop, meaning that he was actually learning to try out other coverages.

In this clip, Kai hedges on the ball screen and recover back to his man. Granted this is at the high school level, but it’s good to see that he’s working on getting out on the perimeter and being aggressive on the ball screen defensively.

Getting Back in Transition

Watching his games, one area that Kai definitely has to improve on is his speed, especially in transition.

In the first two clips, we see his man simply run past him for an easy layup or dunk. In the third clip, Kai jogs back and Australia gets an open three on the scramble.

The G League and NBA will play at an entirely faster pace and Kai will have to find a way to keep up if he wants to stay on the floor.

While teams will still mostly run pick and roll sets, Kai will also have to hold his own down low if he doesn’t want to be bullied by opposing big men.

During the World Cup, Kai had mixed results guarding opposing big men, occasionally giving up baskets one-on-one at the post. On other plays, his great length made it extremely tough for opponents to get a clean look at the basket.

Just remember that in this tournament, Kai was just 17. He’s still working on his body.

As pointed out by his former coach Reggie Varilla, Kai has to get stronger so he doesn’t get overpowered against seasoned pros. As he adds more muscle to his lean frame, it will help him to hold his own defensively down low.

All of the areas for improvement pointed out above are things that Kai has been working on and will continue to work on as he takes the next step of his journey. Like other coaches, I’m encouraged and excited for him – it’s really a great opportunity for him.

Reading all these comments and tweets about Kai, you’ll see that comments range from hopeful to silly and everything in between.

Fair or not, that’s the price he is paying for trying to reach his goal of making the NBA.

The article first appeared on CoachVPLayug.com

In this article:Gilas Pilipinas Youth, Kai Sotto, The Skills Factory 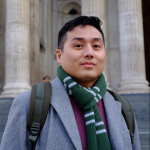 NBL: Enguio, Mendoza get Muntinlupa back on track, limit Bulacan 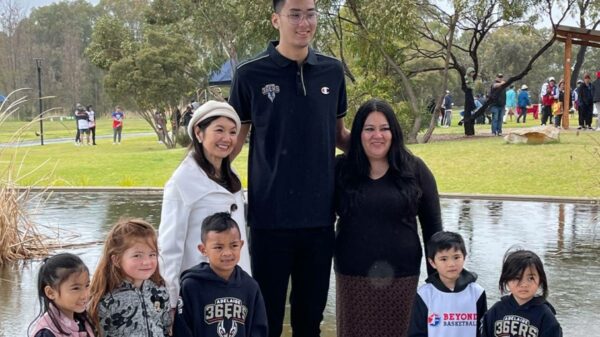 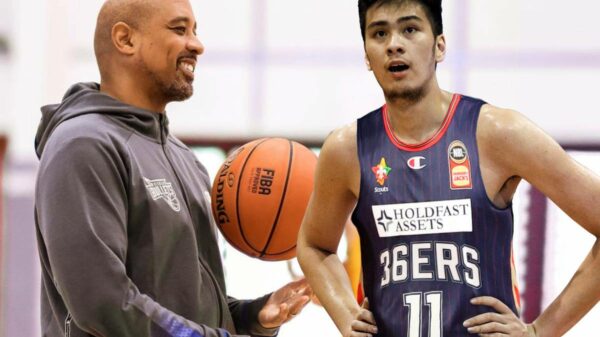 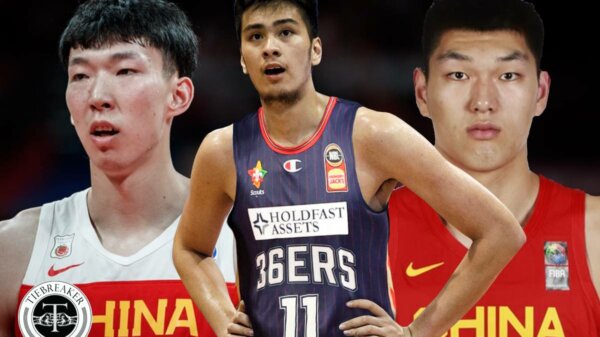 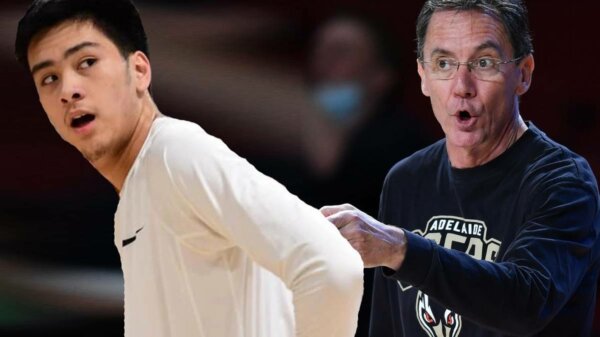 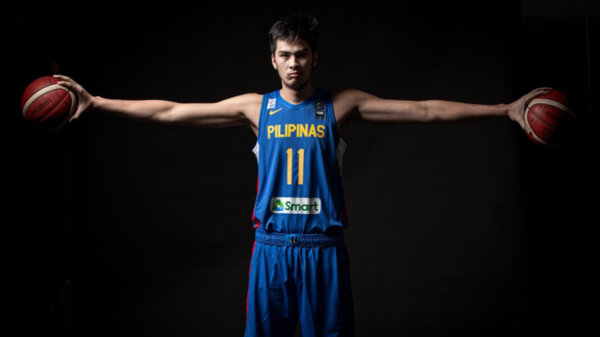