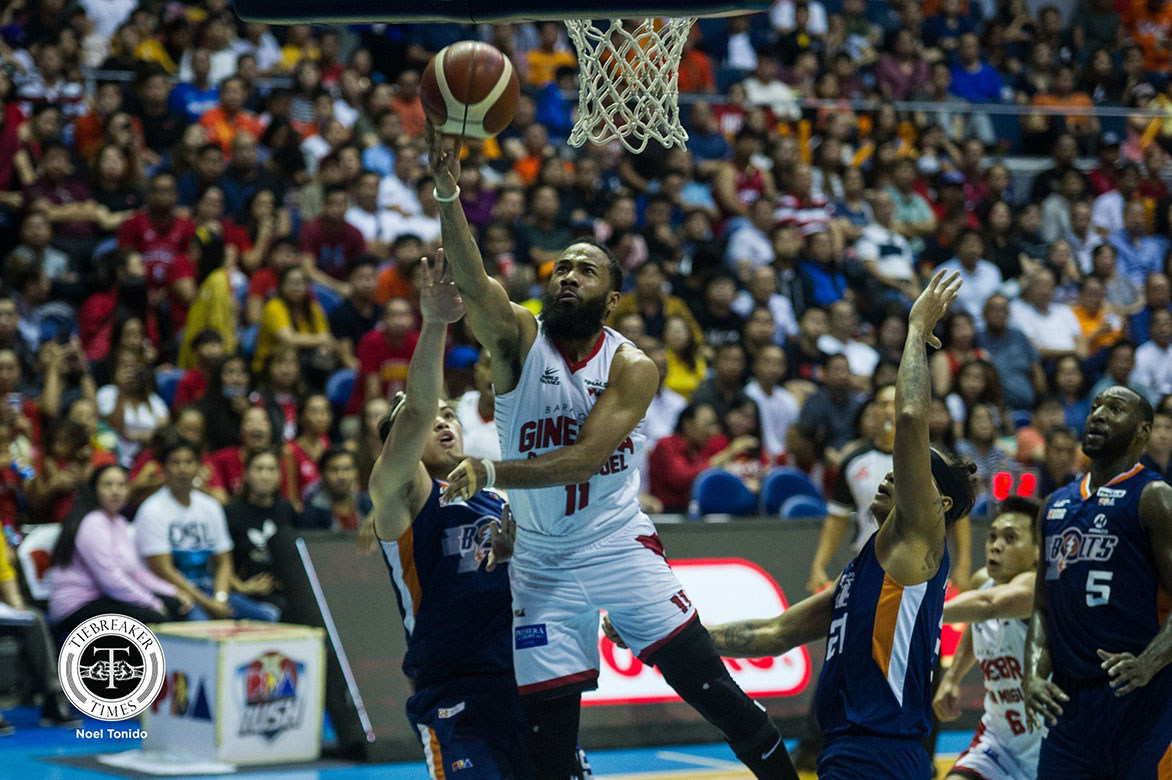 If there was one man leading Barangay Ginebra’s third quarter explosion — eventually allowing to them take Game Three of the 2019 PBA Governors’ Cup Finals on Sunday — it was Stanley Pringle.

He scored the first basket of the period, sparking the Gin Kings’ 10-0 run — which he also capped off with a triple — that turned their one-point lead to a 53-42 advantage with 9:34 on the clock.

That then got the crowd darlings going. They even led by as many as 23, 55-78, late in the period, before surviving a late Meralco fight en route to the 92-84 victory.

Pringle scored 17 of his 21 points in the said frame alone. He also finished with five rebounds and four assists.

For Pringle, he simply did not force things, only taking what Meralco’s defense was giving him.

The Bolts’ defense also gave him enough space to do what he’s really good at: driving to the basket.

“Yeah, definitely. That was key for Coach Tim. He wanted us to penetrate, move the ball around it, and get in and paint before we start shooting threes,” Pringle said.

“Meralco’s a good defensive team. Sometimes we were settling for threes because that’s what it was given us, so we’re trying to be a little bit more disciplined and attack the basket more.”