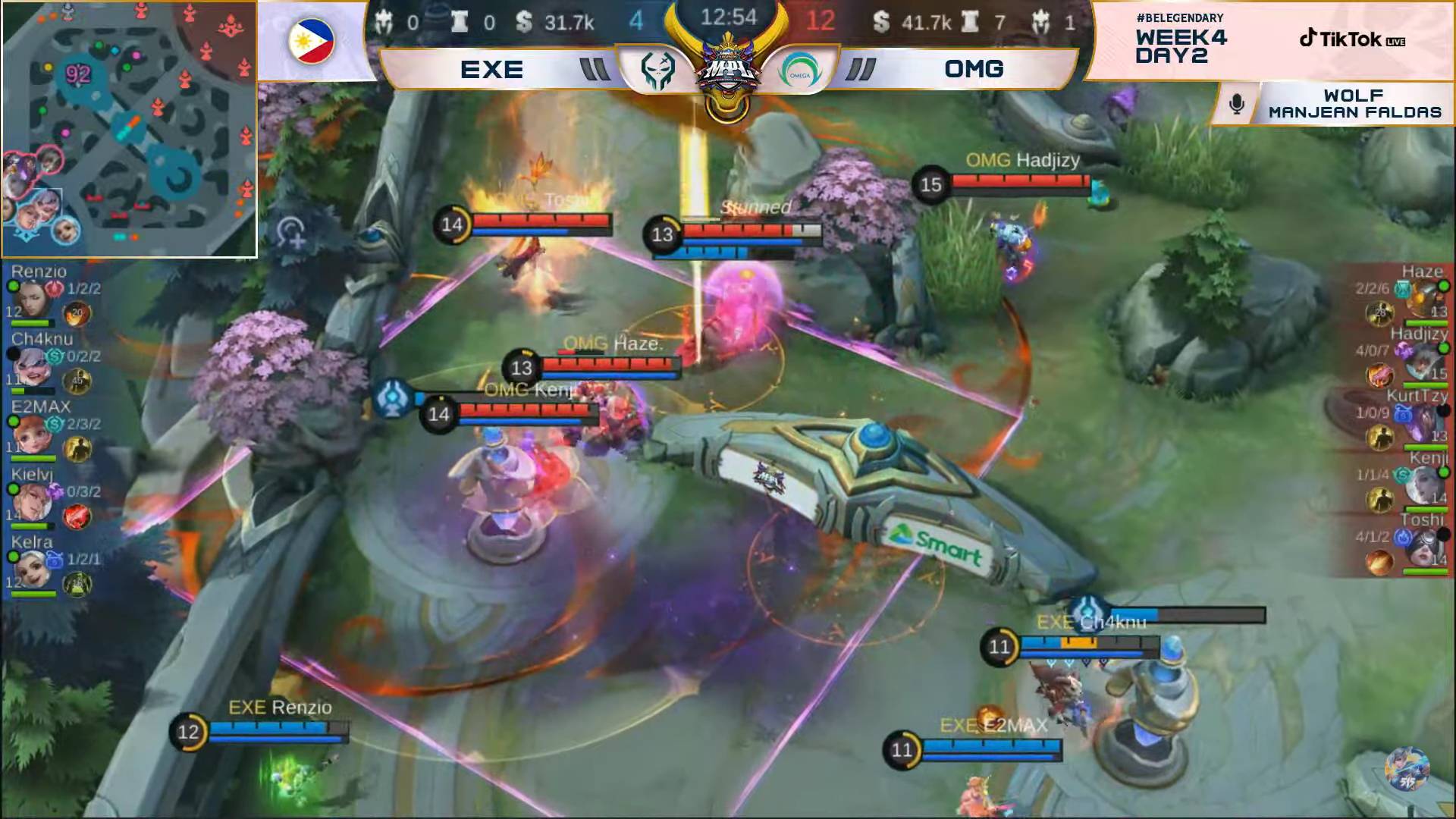 The win put Omega at the second spot in Group B with 11 points through a 3-4 standing.

Omega Esports brought out the fireworks in the opener, showing off a never-seen-before composition of Granger, Pharsa, and Yve.

The zoning potential of Adrian “Toshi” Bacallo’s Pharsa and Jankurt “KurTzy” Matira’s Yve was in full display as they maximized the Feathered Airstrike and Real World Manipulation, respectively.

Toshi secured crucial kills on Kielvj “Kielvj” Hernandez’s Lancelot and Joshua “Ch4knu” Mangilog’s Popol and Kupa late in the match. For that, he was named the Smart MVP in the 18-5 win. 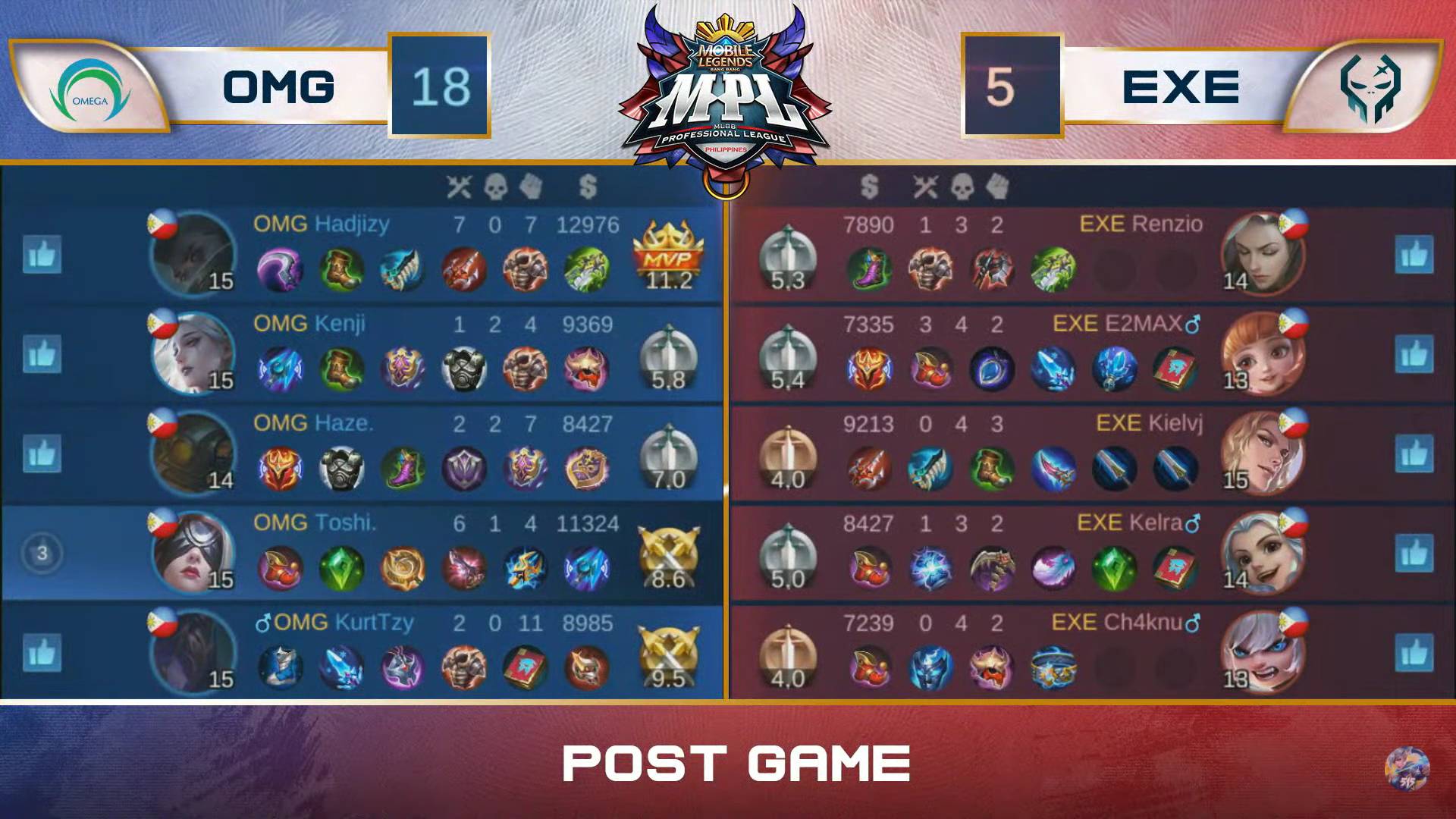 He finished with six kills and four assists against just a death in the match that lasted for 16 minutes and seven seconds.

Omega Esports then amped it up in Game Two, holding Execration scoreless for the entirety of the 16-0 victory.

Salic “Hadjizy” Imam’s Bruno bulldozed everyone who stood in his way in Game Two. He finished with a perfect 9-0-4 line to lead the victory, and also nabbed the Smart MVP award. 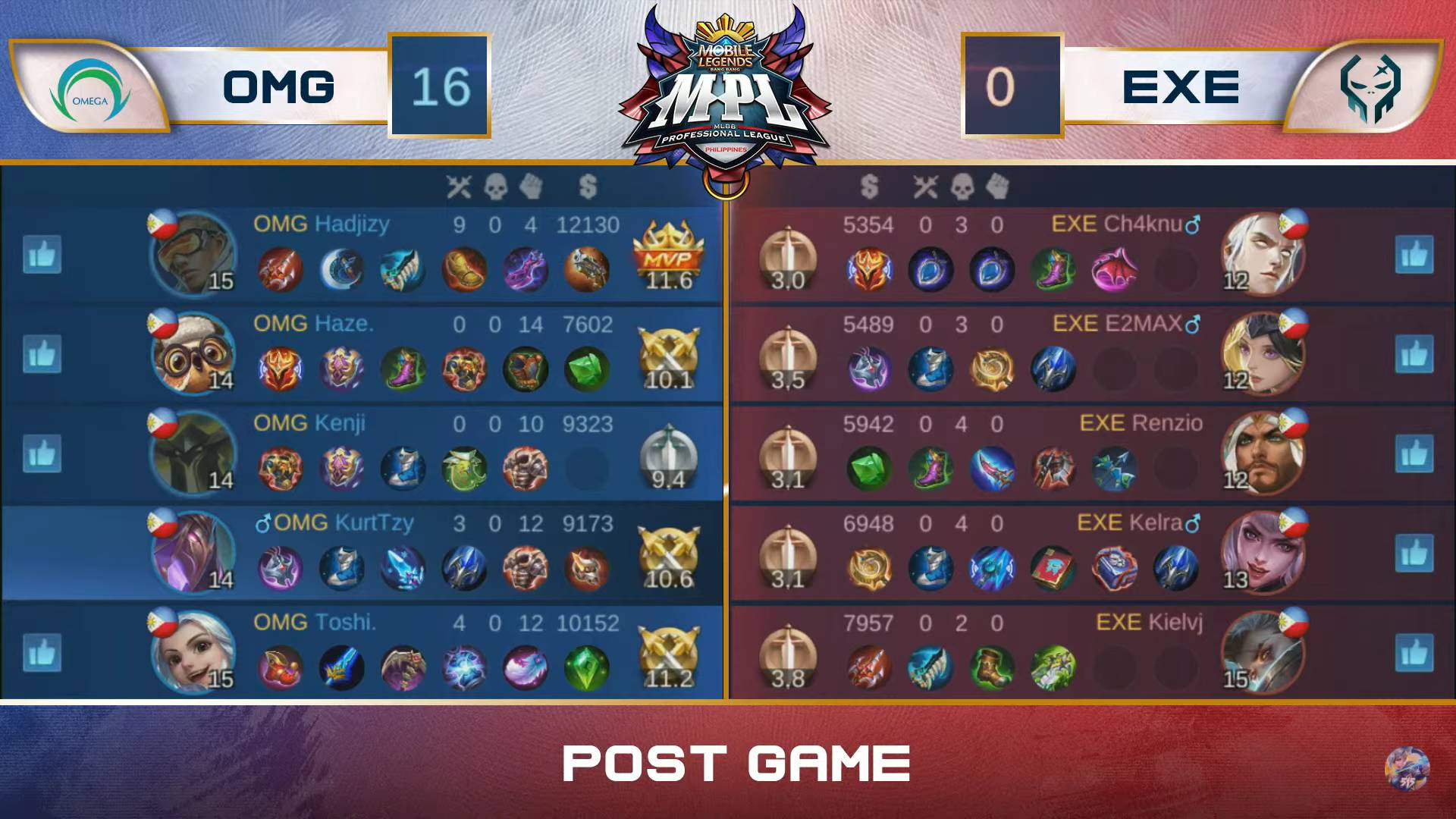 Execration slid to the third spot of the same group with a 3-3 win-loss slate and nine points.

Omega Esports will take on Work Auster Force on Sunday at 6:00 pm. Meanwhile, Execration will face ONIC PH on Thursday at 7:30 pm.