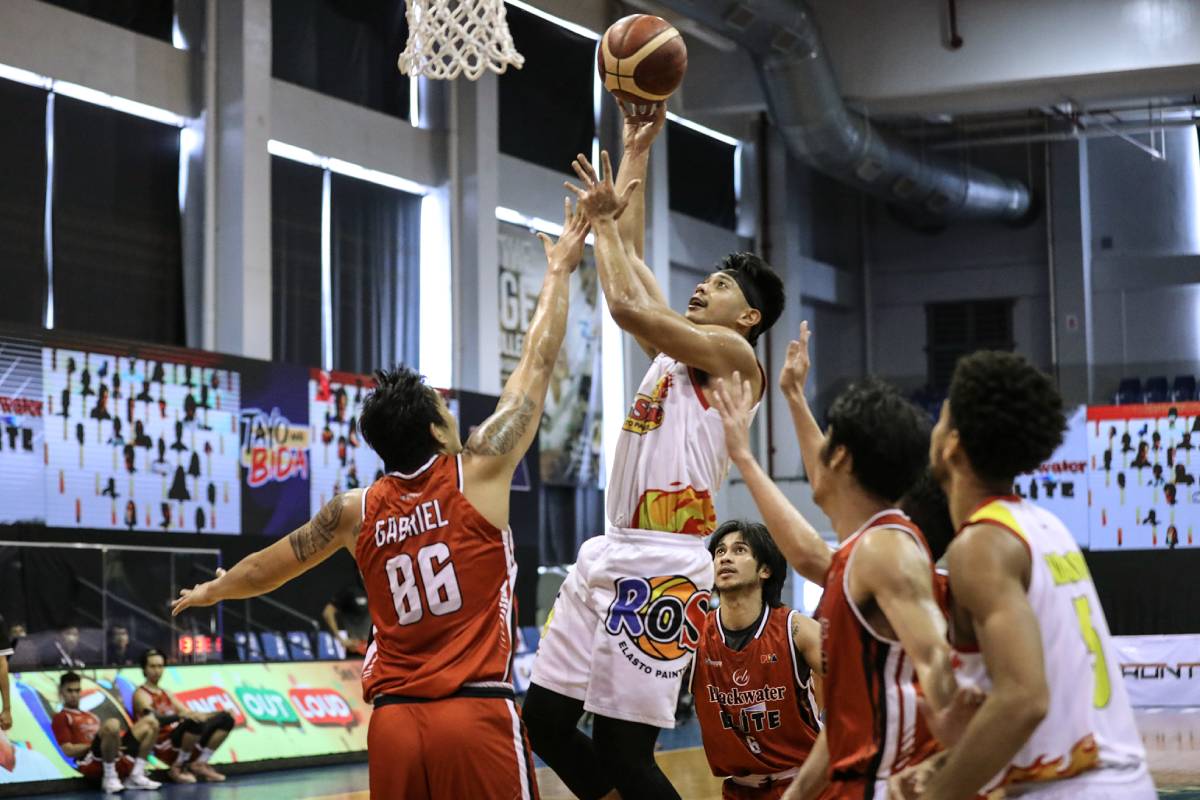 SMART CLARK GIGA CITY — He may have been wearing a face mask, but Javee Mocon clearly felt elated after he and Rain or Shine got back to their winning ways in the 2020 PBA Philippine Cup, Sunday.

The Elasto Painters couldn’t seem to get things their way since the league resumed last week following a COVID-19 scare. They lost three straight, but all that is in the past now after their 81-72 win over Blackwater.

The struggle also ended for Mocon himself.

Following their skid — which saw them lose to NLEX, Meralco, then Magnolia just a day before playing the Elite — the sophomore forward only scored a grand total of 13 points. This, after averaging 14.2 points in their first five games.

Versus Blackwater, Mocon finished with a game-high 19 points on a 50-percent clip. He also had 13 rebounds, two steals, two blocks, and an assist in the 36 minutes and 21 seconds he saw action.

For the San Beda product, there was also that extra push to play harder following the departure of Rey Nambatac, who suffered a right ankle sprain in the opening moments of the second frame and never returned.

“Na-injury si Rey eh, everybody needed to step up. And ako, I took the responsibility to step up para manalo sa game na ‘to kasi this game is crucial eh. We want to make it to the quarterfinals,” he said.

“And I had a bad start sa games eh — puro bad games for three consecutive.”

“With Javee, I think the reason why he can’t find his shot is just because of hesitations,” said head coach Caloy Garcia, on the other hand. “He’s been hesitating. When he’s open, he hesitates. I told him to just keep it simple.”

Mocon feels relieved to be out of his slump, and his performance is his way of expressing gratitude to those who kept on encouraging him — and also to those who doubted him.

“This is for the people who supported me through out those hard times, especially para rin sa mga taong nagme-message sa akin ng mga nasty na messages kung bakit ganito, ganiyan,” he said.