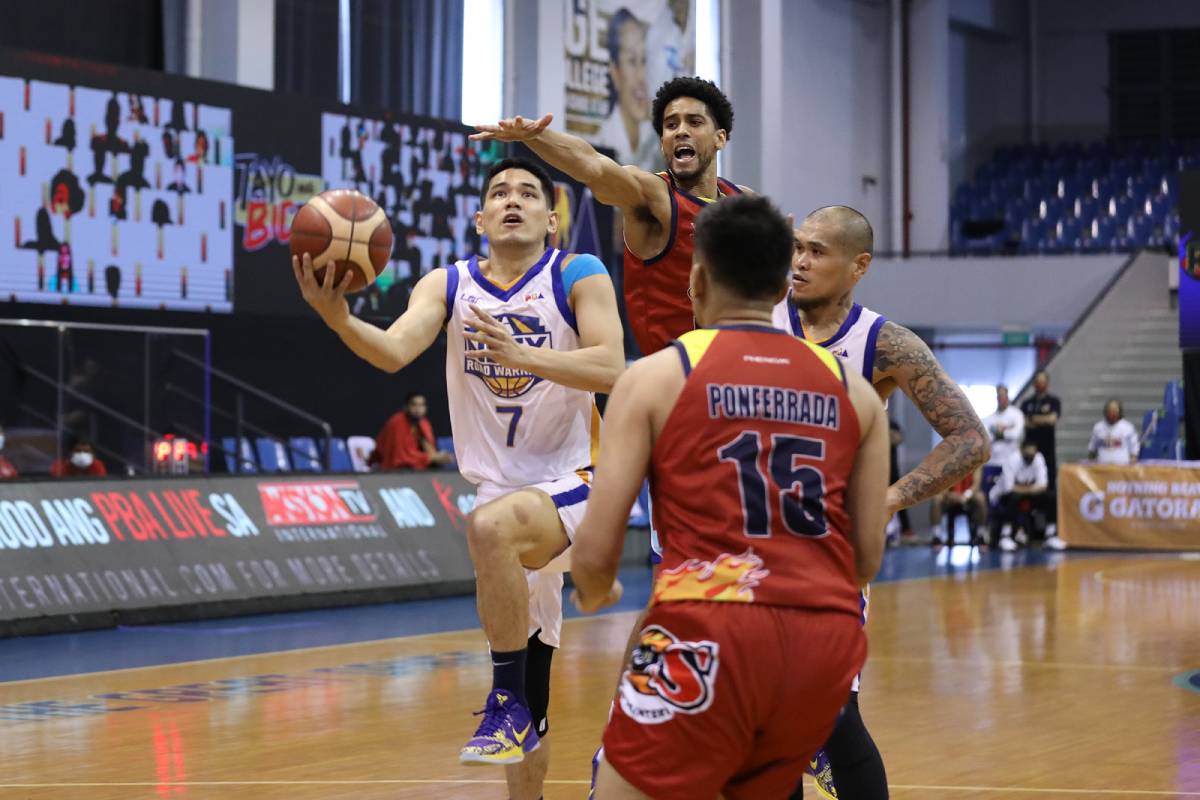 SMART CLARK GIGA CITY – NLEX took down another top team in the 2020 PBA Philippine Cup as it frustrated Rain or Shine, 94-74, Wednesday at the SMART 5G-powered AUF Sports and Cultural Center.

Jericho Cruz spearheaded the Road Warriors’ fourth quarter breakaway, firing 12 of his 17 points in the said frame as they took down the no. 2 team in the league after beating the top-seeded TNT last week.

“I think one big development for us is we’re getting in better shape. Nag-umpisa kami medyo hirap, we were not really in good shape. Our defense was lousy. Our last few games, we’re playing good defense.” said Coach Yeng Guiao.

“I don’t think you will beat teams like Talk ‘N Text and Rain or Shine if you’re not up to it on defense. ‘Yong fitness level namin na-translate doon sa extra energy namin sa depensa. I think that’s just the major development here.”

Kevin Alas finished with 18 points to serve as the high-point man for NLEX, who kept its quarterfinal aspirations very much alive — the Road Warriors are currently ninth in the standings with a 3-5 card.

“I hope it’s not too late. We still have three games left. Sana magtuloy ‘yung panalo,” said Guiao as their remaining games will be against San Miguel, Alaska, and Terrafirma, respectively.

JR Quinahan was the only other player in twin digits with 13 markers for NLEX, as all but one of the 11 men fielded in by Guiao scored at least two points in the win that saw them bury a total of 16 three-pointers.

“If we’re doing it right, we’ll win games. If we’re doing it wrong, we go back to practice the next day and correct the mistakes.’ Parang na-relax na rin sila,” he added. “It’s a mental approach that we took on, and it’s working for us.”

Rey Nambatac had 15 points to lead Rain or Shine, who absorbed just its second loss in the bubble in six games. Jewel Ponferrada was the only other Elasto Painter to score in double figures with 10 points.

NLEX will look to keep its winning ways versus the Beermen on Friday, Nov. 6, at 4:00 p.m., while Rain or Shine looks to rebound against Meralco on Thursday, Nov. 5 also at 4:00 p.m. in a backend of a back-to-back.