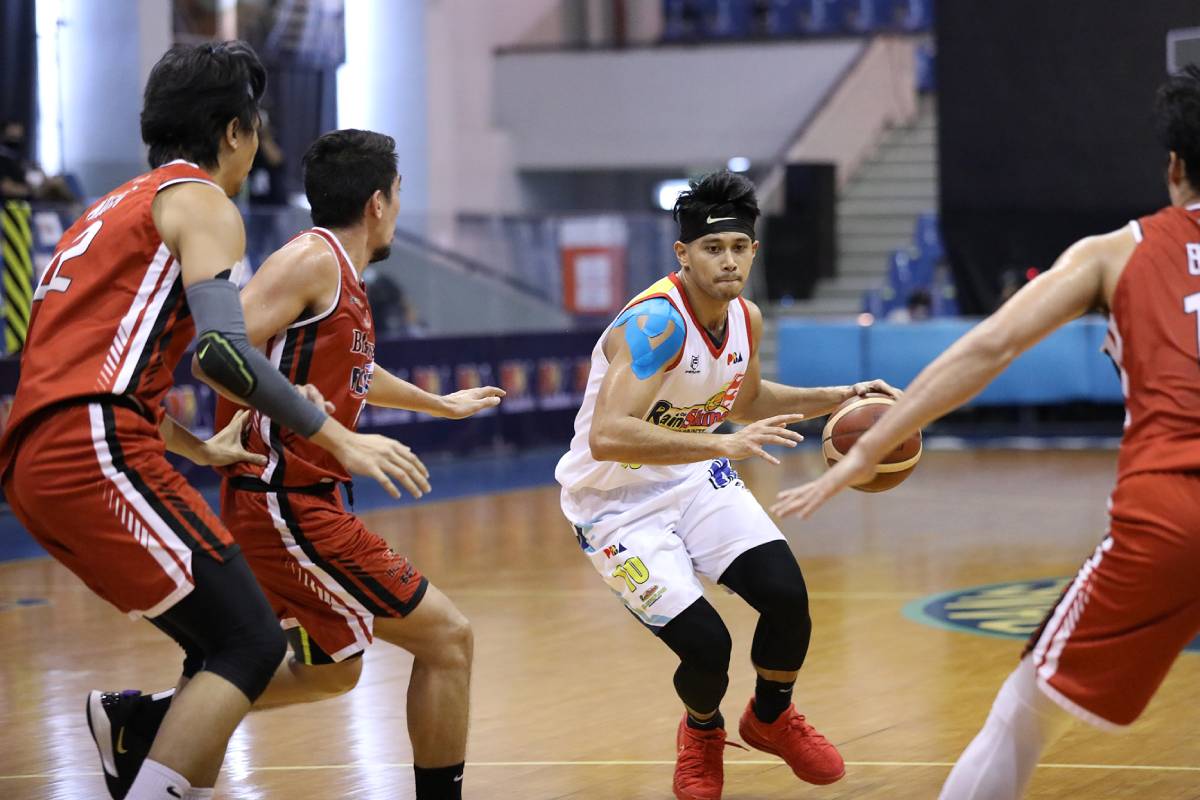 SMART CLARK GIGA CITY – Rain or Shine bucked the early departure of Rey Nambatac and trounced Blackwater, 82-71, to snap its three-game skid in the 2020 PBA Philippine Cup Sunday at the AUF Sports and Cultural Center.

The Elasto Painters lost the 5-foot-11 guard to a right ankle injury just 24 seconds into the second quarter after landing on KG Canaleta, and never returned since as the swelling reportedly was evident right away.

He actually made a bucket prior to that to trim a four-point deficit, and his teammates rallied in his absence as Beau Belga and Sidney Onwubere strung together six more points for an 8-0 run to take a 24-20 lead with 9:29 to go.

The Elasto Painters got going since, and the game would break wide open early in the third canto as they unloaded 15 straight points behind Gabe Norwood, Adrian Wong, Norbert Torres, and Belga en route to a 53-35 advantage.

The lead would go as high as 20, and the match would never be in question since, as Rain or Shine kept its foot on the gas firmly towards improving its record to 5-4 to move near the quarterfinals.

“This is a very important game for us today. They stepped up today. Sadly lang na-injure si Rey. I think even Beau got injured in the end. I think we just have to find ways to win,” said head coach Caloy Garcia.

Javee Mocon finished with 19 points and 13 rebounds to spearhead the Elasto Painters, who played without James Yap as the two-time Most Valuable Player sat out reportedly due to a left calf strain. Belga added 14 markers.

“I give it to the players. That three-game losing streak started to compound on our pressure and sabi ko nga sa kanila, ang nawala sa atin ‘yung enjoyment of the game after that break,” Garcia said.

“After we got that loss against NLEX, medyo nagkaroon siguro kami ng kaunting doubts. We just focused on shooting during practice and I told them we have to grind it out and these last three games,” he added.

The Elasto Painters’ victory meant that the Elite, the NorthPort Batang Pier, and the Terrafirma Dyip have no more chance to advance to playoffs, since eight teams already have registered at least five wins.

Meanwhile, Mac Belo made 15 points to lead Blackwater, who still tried to put up a fight late in the game but it was all too late. The Elite, who are coming off a loss to Terrafirma, had absorbed their sixth consecutive defeat.

Rain or Shine will look to formalize its entry to the next round versus second seed TNT on Tuesday, Nov. 10, at 4:00 p.m. while Blackwater hopes to end its suffering versus Phoenix tomorrow, Monday, Nov. 9, at 1:00 p.m. 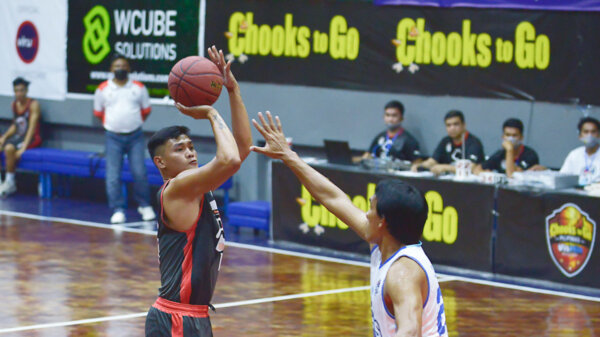 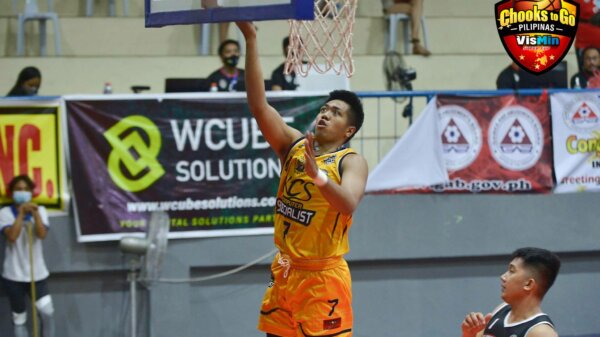