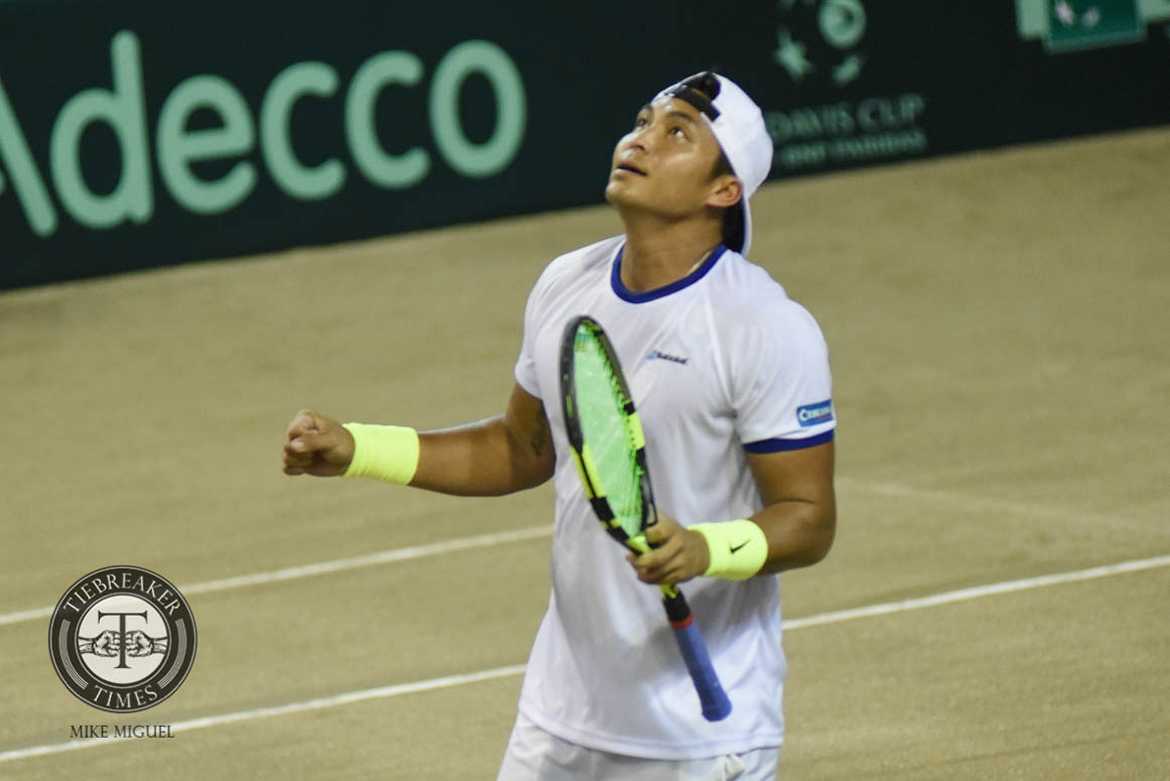 Host Philippines settled for a deadlock against Indonesia after the first day of their 2017 Davis Cup Asia/Oceania II first round tie, Friday evening at the Philippine Columbian Association main court in Paco, Manila.

17-year-old AJ Lim made a good account of himself in his very Davis Cup debut before forcing to retire due to injury in the deciding fifth, 6-3, 6-2, 2-6, 1-6, 1-1, against David Susanto in the first singles match.

After figuring out in a tussle early, Lim leaned on his service game and took advantage of Susanto’s problems with his own. The rookie’s aggressiveness in the court also paid off, leading to wins in the first two sets.

The grizzled veteran from Indonesia, however, summoned his experience to push for a comeback.

With his service on point, Susanto pulled off winners in the third and fourth sets to level the match. Lim, on the other hand, started to feel something wrong.

“Third set, sabi [ni AJ] he is feeling something on his hamstring,” team captain Karl Santamaria shared. “So we tried to manage it, the best as we could. Well, ganun talaga.”

The incoming University of the East freshman still fought hard despite ailing and even opened up the decider with a hold of serve.

After the said game, the Philippine bench asked for a medical timeout to attend to Lim. Eventually, the side decided to retire and concede the match to Indonesia.

Despite the unfortunate incident, Santamaria was all praises of his young upstart.

“He gave it his all. Sabi ko nga, ‘We’re so proud of him.’ We’re not expecting him to play like that,” he said.

“Despite the loss, we have all witnessed how AJ put up a good fight until the very end. Nonetheless, there are still more games to go and we remain optimistic and confident that our players will give their best and win in this tournament,” the team’s booster said.

This confidence rolled out to the following singles match as Ruben Gonzales carve out a dominant sweep of Aditya Sasongko, 6-2, 6-2, 6-4.

The long-time Philippine team campaigner was just too composed in the first two sets despite missing on some of his shots. To make amends, Gonzales leaned on his vicious serves to pull himself out of danger.

Sasongko had his moments in the match, especially, in the tight third set as he fought the Filipino with his own version of the latter’s aggressive net game. However, Gonzales looked at it differently and responded accordingly.

“I honestly thought that, maybe he’s a little bit tired, so he’s going a bit quicker,” he said. “So, when I figured out what I was doing, I was able to get a break there and then hold my serve.”

The Philippines’ number one player was pleased to put up a solid performance and to save the Nationals from a 0-2 hole.

“I, kind of, won some of the big points at the right time,” Gonzales noted. “To win a match in the Davis Cup is always fun.”

The pair of Francis Alcantara and top world doubles player Treat Huey is scheduled to take on Sunu-Wahyu Trijanti and Anthony Susanto on Saturday, February 4 at 2pm at the same venue. But, as per Davis Cup rules, teams are allowed to change their nominations two hours before the match starts. 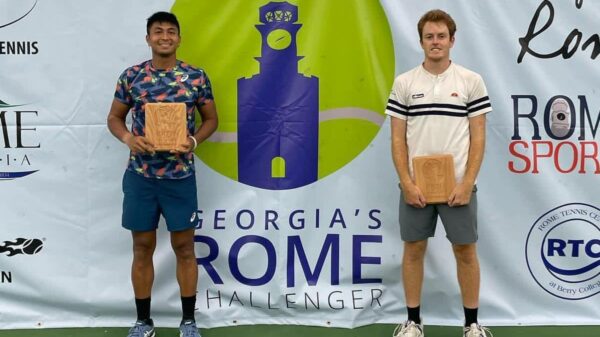