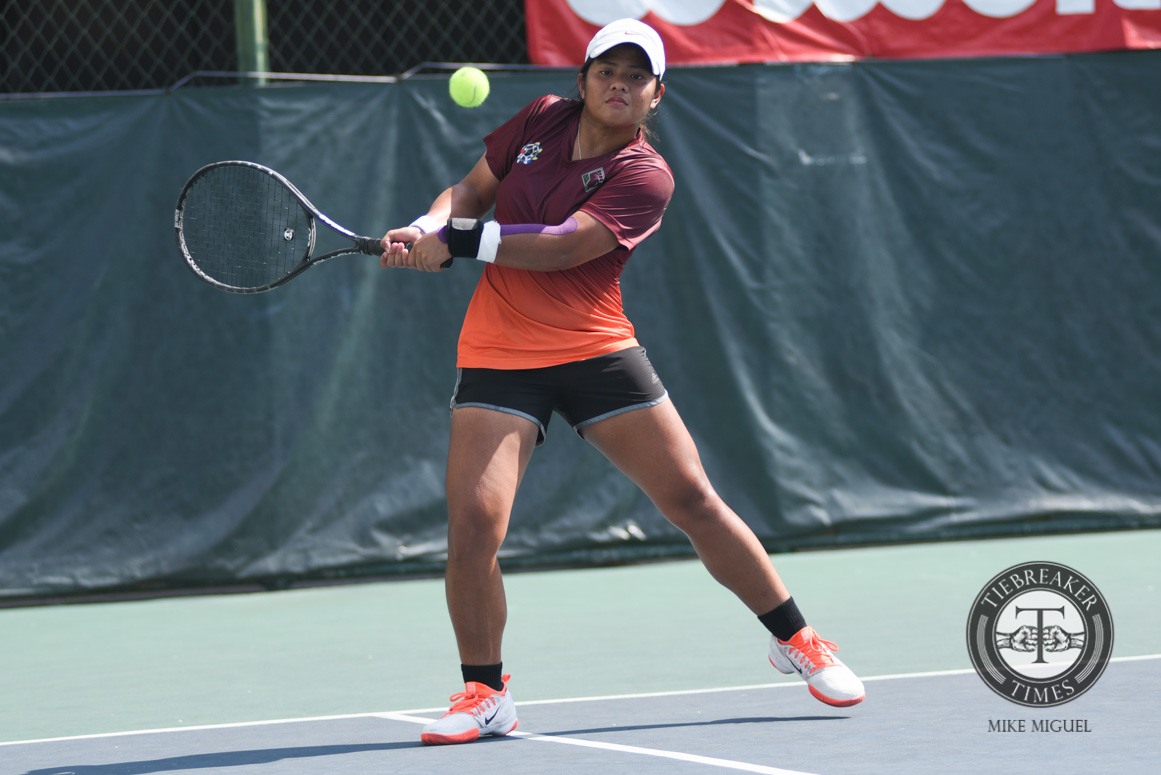 After suffering a forgettable season last year, the University of the Philippines women’s tennis team made amends this season.

In Season 78, the graduating senior suddenly did not play after their first tie against the National University Lady Bulldogs. She reasoned out, “Nagka-problema lang sa team. I had to leave.”

“But I came back naman.”

And the squad was glad she did.

The tie had actually started a week ago, and it was the Lady Maroons who took the initiative.

CJ Valdez repeated her conquest of Khrizelle Sampaton, but this time in a more convincing straight-set victory, 6-3, 6-3, in the first singles match. Soon after, rookie Danielle Carranza fended off Rocio Climent, 6-4, 6-4, in the following singles match.

Nonetheless, Ateneo sent the pairing to a decider after stealing the two doubles matches.

Jana Hernandez and Nicole Amistad carved a 7-5, 6-7, 6-3 decision over Dana Uy and Monivic Santos in the first doubles match. Previous season’s Rookie of the Year Jana Pages and Annika Mallari then took care of Monica Cortez and Monika Bañez in two quick 6-1 sets.

Eugenio easily took the first set of the deciding singles match over Climent at 6-2, before the Atenean made a huge run in the second. turning a 2-4 deficit to a 6-5 advantage. The Maroon skipper had held serve to send it to a tiebreak, but by then it was too dark for play to continue.

However, seven days after, the fifth-year Iska finished it off with a 7-4 win in the tiebreak, after taking an early 4-1 lead.

The win just sealed UP’s bronze medal finish after three years. “Kasi this year, our team was really united,” said Eugenio on what worked for the Diliman-based team this season. “We were one. Lahat kami sabay-sabay na naglalaro lang ng laro namin.”