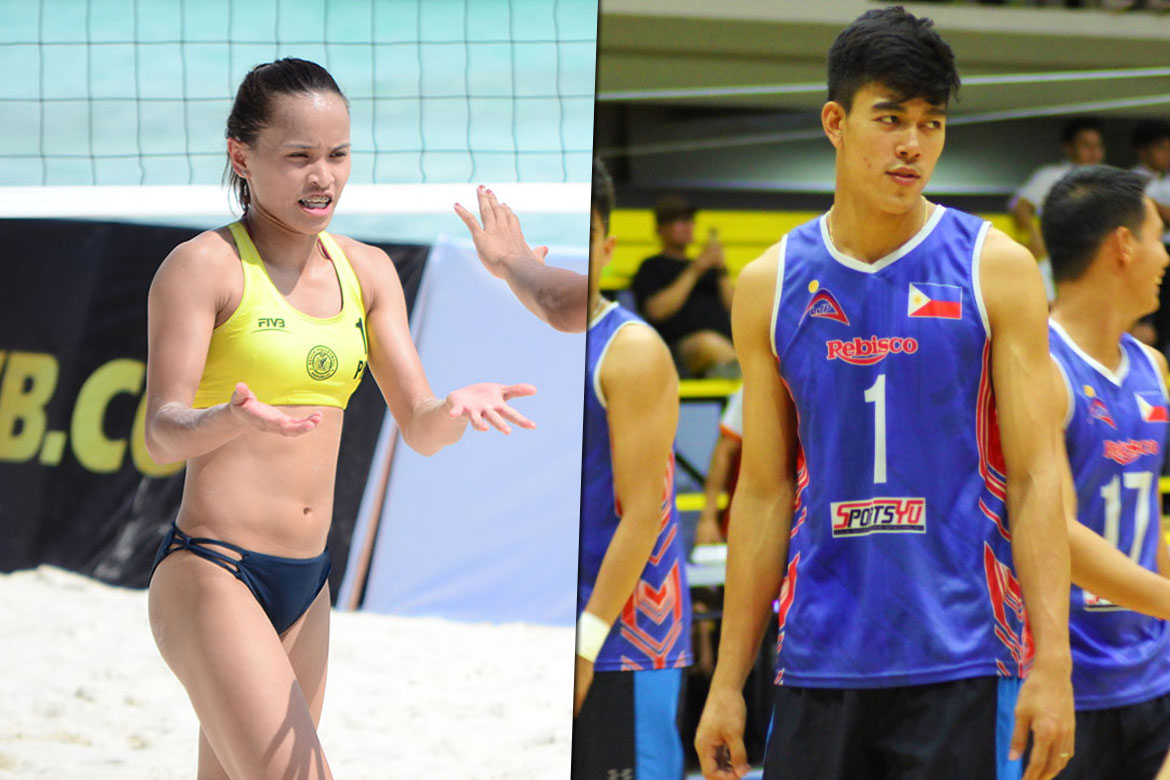 An imposing 2019 was all Cherry ‘Sisi’ Rondina and Bryan Bagunas needed to cement their status as the new toasts of Philippine volleyball.

Rondina and Bagunas won MVP honors for University of Santo Tomas and National University, respectively, after leading their schools to the UAAP volleyball finals. They also both suited up for the national team in the 30th Southeast Asian Games, where they ended up winning a medal each.

The impact both made on the sport will see them recognized as Ms. and Mr. Volleyball in the coming SMC-Philippine Sportswriters Association (PSA) Annual Awards Night on March 6 at the Centennial Hall of the Manila Hotel.

A native of Compostela, Cebu, the 23-year-old Rondina is the latest to be recognized with the honor given in the past to Alyssa Valdez (three times), Mika Reyes, and Dawn Macandili.

Bagunas, 22, on the other hand is the first to receive the nod for the award outside of two-time winner Marck Espejo of Ateneo.

The special award accorded to Rondina and Bagunas is among several to be handed out by the country’s oldest media organization during the gala night presented by the Philippine Sports Commission, MILO, Cignal TV, Philippine Basketball Association, AirAsia, and Rain or Shine.

For winning the overall championship of the SEA Games, Team Philippines will be the recipient of the coveted Athlete of the Year award.

Rondina actually scored a double in UAAP Season 81, as she also ran away with the MVP plum — her fourth — in the beach volleyball tournament. There, she paired with Baby Love Barbon to give UST its sixth championship overall.

In doing so, she became the second player to win both the indoor and beach volleyball MVP awards in a single season. Wendy Semana of Far Eastern University first pulled off the feat in Season 70.

Rondina likewise guided the Tigresses to the finals when they dethroned the La Salle Lady Spikers and made the championship round for the first time in seven years. UST, however, lost to the Ateneo Lady Eagles in the deciding game of the best-of-three title series.

By the end of the season, Rondina was named UAAP Athlete of the Year in collegiate team sports, the only female bet to be accorded the award.

Soon after, Rondina was back on the sands to spearhead the country’s beach volleyball campaign in the SEA Games. The team, which included Bernadeth Pons, Dzi Gervacio and Dij Rodriguez, salvaged a bronze to end the Philippines’ 14-year medal drought in the sport.

Bagunas’ season was just as dominant.

The NU star proved it was his time to shine after capturing the Season 81 men’s MVP plum, the first-ever Bulldog to win the award in the Final Four era, and the first player to clinch the prized trophy following the five-year reign of Espejo.

He later teamed up with Espejo and together, steered the men’s team to the SEA Games finals following a dramatic five-set win over dethroned champion Thailand in what many regarded as one of the best moments of the country in the biennial meet.

The team later lost to Indonesia in three sets in the Filipinos’ first finals stint in 42 years, though the silver medal they won surely glittered like gold.