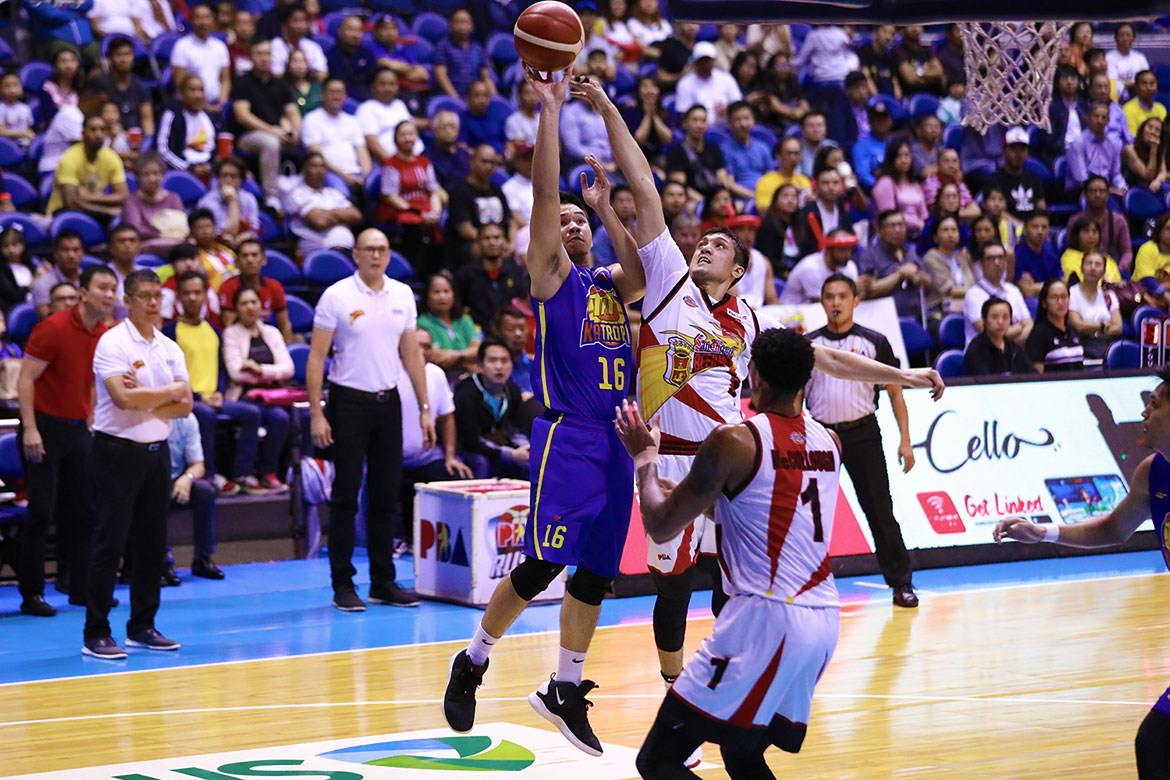 The TNT KaTropa displayed their indomitable character in a match where emotions ran high, beating San Miguel, 115-105, to take a 2-1 lead in the 2019 PBA Commissioner’s Cup Finals, Friday night at the SMART Araneta Coliseum.

The Texters seemed to be doomed just six minutes into the game after Terrence Jones headbutted Chris Ross. The latter sat out for three minutes, which allowed SMB to take a 36-19 lead early in the second.

Fortunately, they woke up right after, unloading a whopping 24 straight points – the second-highest run in league history following the 31-0 run by Ginebra vs Shell in the 1991 First Conference finals. It propelled them to a 43-46 lead.

Then, when San Miguel knocked within just three early in the final period, they responded with 12 straight points for a 100-85 lead with 7:26 left. The KaTropa shunned all further threats as they cruised to the win.

Roger Pogoy put up his second-best career-high with 29 points spiked by five triples alongside eight rebounds. Meanwhile, Don Trollano had the best scoring outing of his pro career with 18 points on 6-of-11 shooting from the field.

Jayson Castro filled the stat sheet with 14 points, seven assists, four rebounds, three steals, and a block. Troy Rosario chimed in 13 markers, six boards, and three dimes as the starting unit did the heavy lifting for the KaTropa.

“I guess we just played better tonight compared to our last game. San Miguel also played well, but medyo sinuwerte kami. Depensa nandun, and of course the locals stepped up. I hope madala namin ‘to next game,” Ravena said.