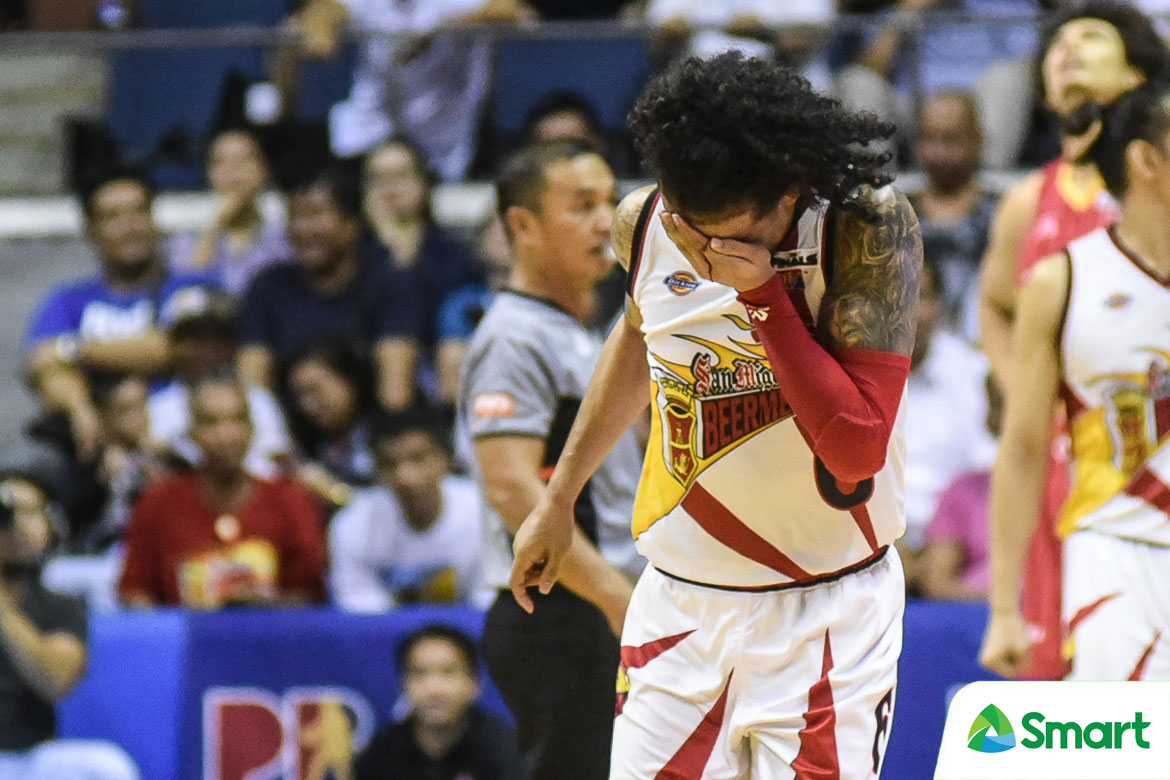 For Chris Ross, having the opportunity to represent the country is a blessing for him and his family.

Ross has always been vocal about his desire to wave the Philippine flag in an international arena. He now has the chance, since he has been included in Gilas Pilipinas’ 15-man pool for the 30th Southeast Asian Games.

“Just being part of the pool is a blessing for me and my mom,” expressed the Fil-American guard on Sunday, moments after his San Miguel beat Alaska in the 2019 PBA Governors’ Cup.

“My mom called me when she found out and she was so happy, she cried. It’s just a great feeling, especially my family members out here who have been supporting me my whole career.

“They really wanted to see me suit up for the national team, [or] at least be on the pool. It’s just a great feeling all around,” he continued.

Currently, a core of Ginebra players lead the current Gilas pool. Coach Tim Cone wants to quickly integrate them into his system since they only have limited time to prepare for the meet.

For the do-it-all floor general, he’s confident that he can pick up Cone’s scheme of things easily. It will also help that he can consult some bright minds within the coaching staff.

There are the likes of former Gilas captain Jimmy Alapag, the decorated Jong Uichico, and Joe Devance, whom Cone said knows his system all too well.

“I’ve played in so many systems in my career, in my life, that it shouldn’t be hard to pick up. I’ve played against those guys so many times, and I’m really a student of the game,” he said.

“I watch so much film in my home in my downtime. Basketball is kind of my life so I watch a lot of film. I pretty much know what all 11 teams in the PBA are running, so it shouldn’t be hard for me,” he furthered.

“Especially with someone like coach Tim who’s going to teach. His staff, he added Jimmy and coach Jong, especially with Joe… And I know Joe knows that system inside out.

“If I have questions, I can go right to Joe or right to coach Tim, and it won’t be a problem. Picking up the system should be pretty easy for me,” continued the 10-year pro out of Marshall.

Many expect the Philippines to strike gold yet again in this year’s Games. Ross knows that the pressure is on them to deliver, especially since the showpiece will be held here in Manila.

So the 34-year-old hopes that he and the rest of players can play to their potential and give a good showing in front of their compatriots — and, of course, meet sky-high expectations.

“I’ve watched the SEA Games a lot and we’ve been runaway winners in the tournament for a while. But it’s a tournament that we want to put our best foot forward since it’s here,” he said.

“We’re going to be here in our own country and we have to put on a good show,” Ross added. “Just try to bounce back from the World Cup. I know the level of competition won’t be the same, but it’s a tournament that we must win and all the pressure is on us.

“There are other teams that are getting better and getting closer. But hopefully we can get the chemistry we need and build up until the tournament starts, and we can win and play up to our potential.”