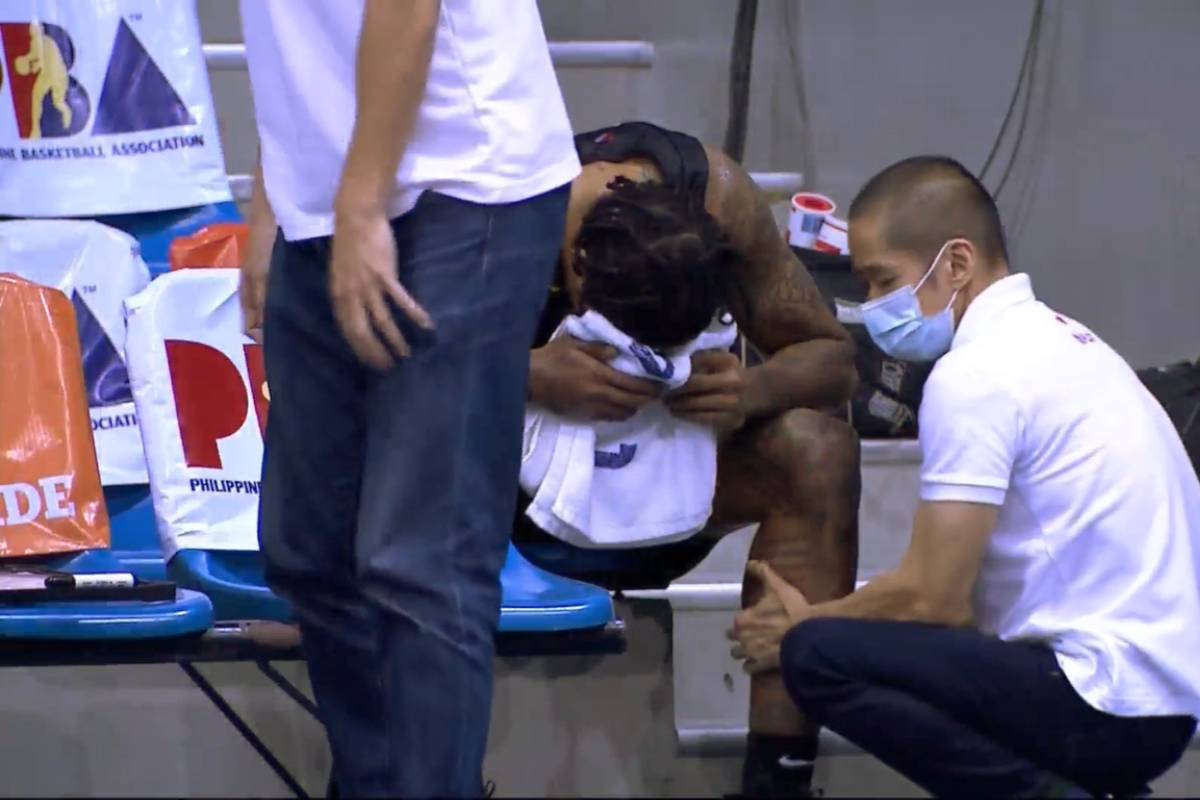 Screencap from One Sports

Tropang Giga head coach Bong Ravena said as much, after the 27-year-old suffered a left calf strain in the series opener Sunday versus Ginebra.

Parks aggravated the injury that caused him to sit out their season opener last Oct. 11 versus the Alaska Aces.

“Ray has a left calf strain and is highly doubtful on Wednesday,” the seasoned bench tactician wrote in a text message to Tiebreaker Times.

There were times in the game that Parks was hobbling due to the injury. He appeared on TV receiving treatment TNT’s Dex Aseron while on the bench.

He fought through, still, and wounded up with 20 points, five steals, four rebounds, four assists, and two blocks. But they lost, 94-100.

The 6-foot-4 combo guard was unable to finish the match, fouling out with 31.1 seconds left in overtime.

His likely absence from Wednesday’s match will be a huge blow for a Tropang Giga crew that aims to equalize the series.

Now, the team simply hopes that Parks won’t be out for too long and is looking forward to having him back by Game Three on Friday.

“We are hoping he could play on Friday.”