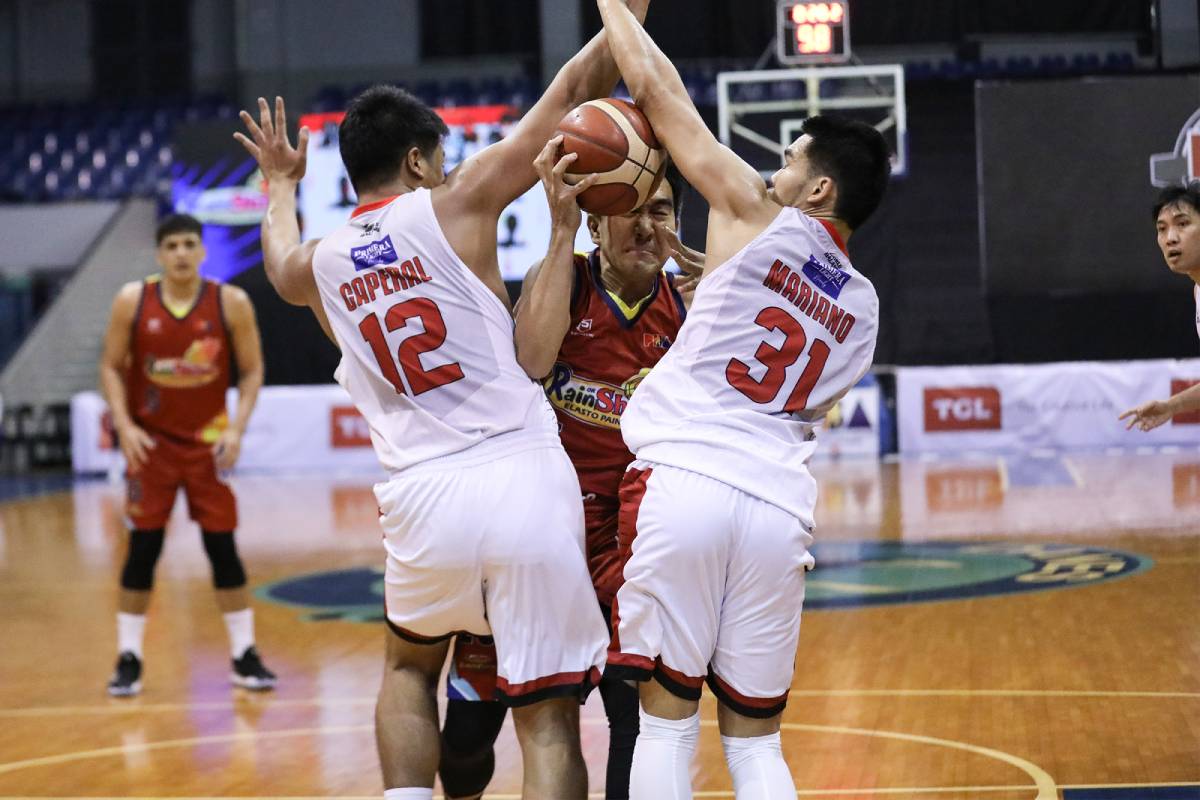 Ryan Arana and Kris Rosales have been let go of Rain or Shine and are now unrestricted free agents.

This comes after the Elasto Painters expressed gratitude to the two through their official Instagram account Monday.

It has yet to be known where both guards are headed next, although Arana had thought of retirement when he returned to RoS in January of last year.

The 36-year-old signed a one-year deal then and said that he sees himself ending his PBA career with the team that picked him in the 2007 draft.

“Dito na rin, kasi yun naman yung promise nila sa’kin even before I got traded,” said Araña, who came from NorthPort before coming back to Rain or Shine.

The lefty slasher out of La Salle played a key role in the two championships the franchise formerly known as Welcoat has won so far in the PBA.

Arana was with the Elasto Painters in the Philippine Cup bubble last season and normed 2.9 points and nearly an assist in the seven games he played.

On the other hand, Rosales was with Rain or Shine for a couple of seasons, coming from TNT in 2018 as part of the Jericho Cruz trade.

He was not, however, able to play much since arriving to RoS as he had to sit out for 18 long months due to a left knee cartilage damage.

But he slowly earned a spot in Coach Caloy Garcia’s rotation when he became healthy, helping his side reach the semis twice in 2019.