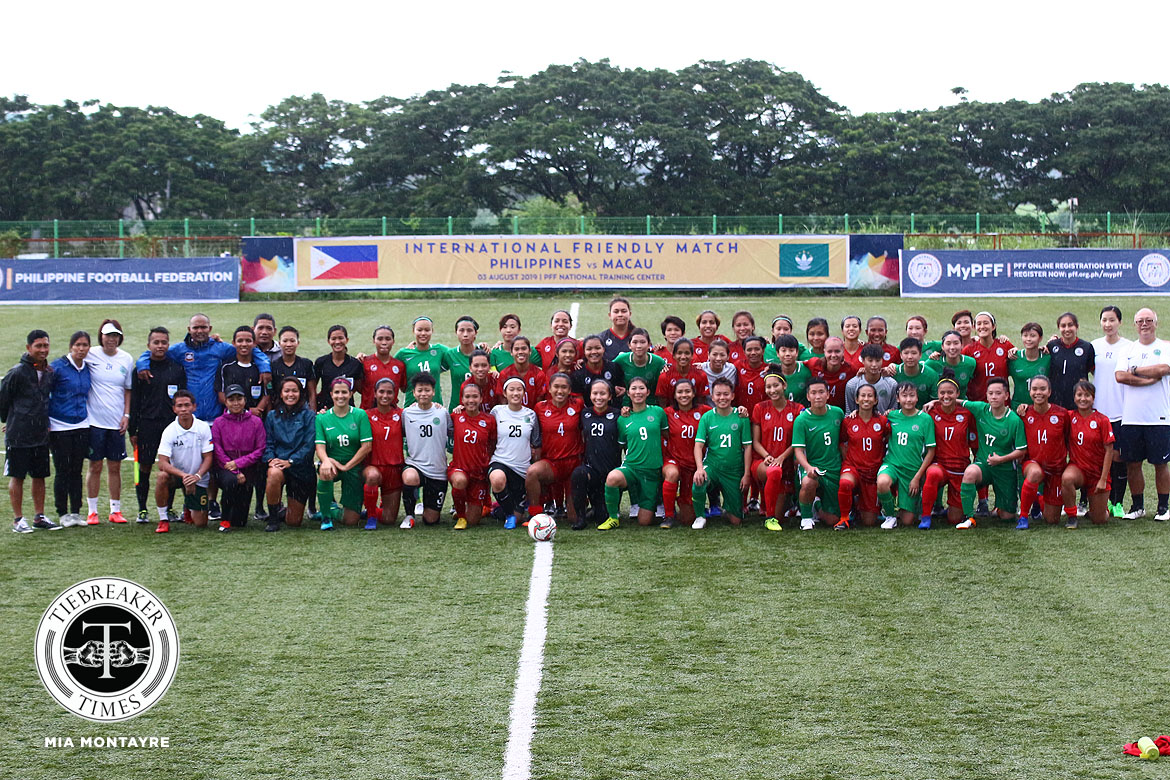 The last time the Philippines took part in a FIFA friendly was ten years ago in Hong Kong. They faced both the host and Indonesia, both of which were losses.

Given this milestone, the Filipinas were eager to show their strength and did not hold back against an unranked Macau team.

Twenty-eight players were available to head coach Let Dimzon, who is fine-tuning the squad that will soon compete in the AFF Women’s Championship on August 15.

Quinley Quezada opened the goal-fest six minutes from kickoff, before adding another shortly after the half-hour mark. Before that, Alesa Dolino smacked in one in the 10th minute, as did Camille Rodriguez in the 34th.

Before the half ended, Dimzon inserted in-form Del Campo and the striker rewarded her coach’s faith with the fifth goal a minute before the break.

In the second half, the home team did not let up, as Del Campo forced her way to a hat-trick inside the first four minutes.

Captain Patrice Impelido blasted in a goal in the 57th minute. A handball ten minutes later then led to a penalty, which Hali Long duly converted.

In the 74th minute, Mea Bernal delivered a corner kick which swung into the back of the net, scoring her first Philippine goal in the process. Del Campo capped things off with another goal at near full time.

The Filipinas will head out to Chonburi, Thailand for the annual ASEAN meet. There they will face the hosts, Singapore, Malaysia, and Timor-Leste for the initial group stage. The team is targeting a deep run.

“We’re setting our goal to be on the podium. We have good chances against Malaysia, Singapore and Timor-Leste but we need to prepare well against Thailand,” said Dimzon.

There is no record of the last time the Philippines hosted an intentional friendly, possibly indicating Saturday’s affair as one of the first.