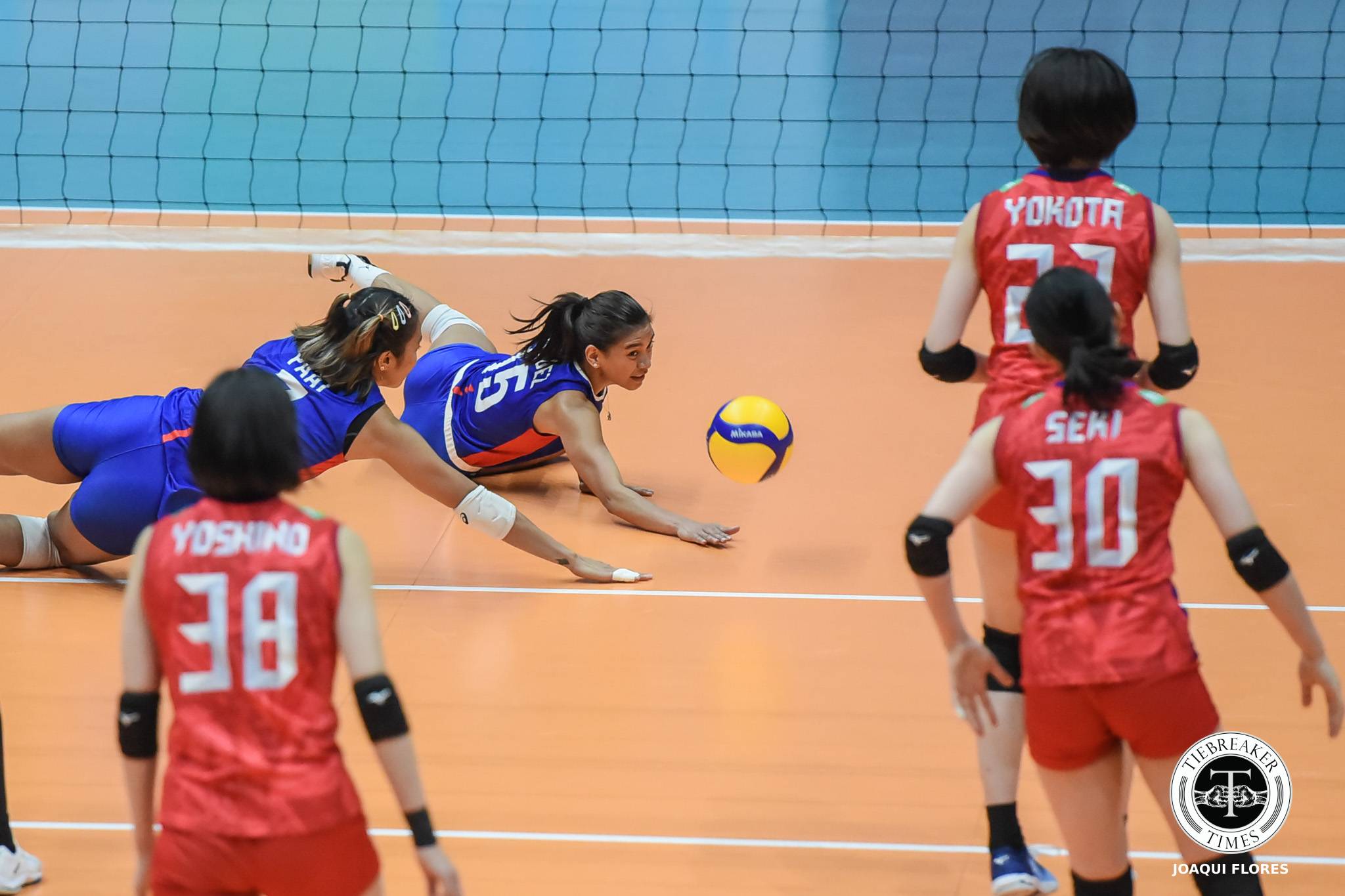 Tots Carlos tallied the first point of the match on a backrow kill but it was all Japan after that, streaking ahead at 8-4 en route to a 25-14 first frame.

In the second set, the Japanese just did themselves one better, holding the Philippines to just nine points to take a commanding 2-0 lead, 25-9.

But a different Philippine side came out in the third period, going point per point with Japan and even taking a 23-22 lead late.

“I expected for us to play better than yesterday,” said head coach Jorge Edson Souza de Brito. “The girls are better today. They serve better, their confidence (is better).”

The Pinays started strong in the fourth canto anew, but Japan pulled away midway through the set en route to a 25-19 win.

Mayu Ishikawa led Japan with 22 points on 19 attacks and three service aces, while Airi Miyabe had 13 points in two sets. 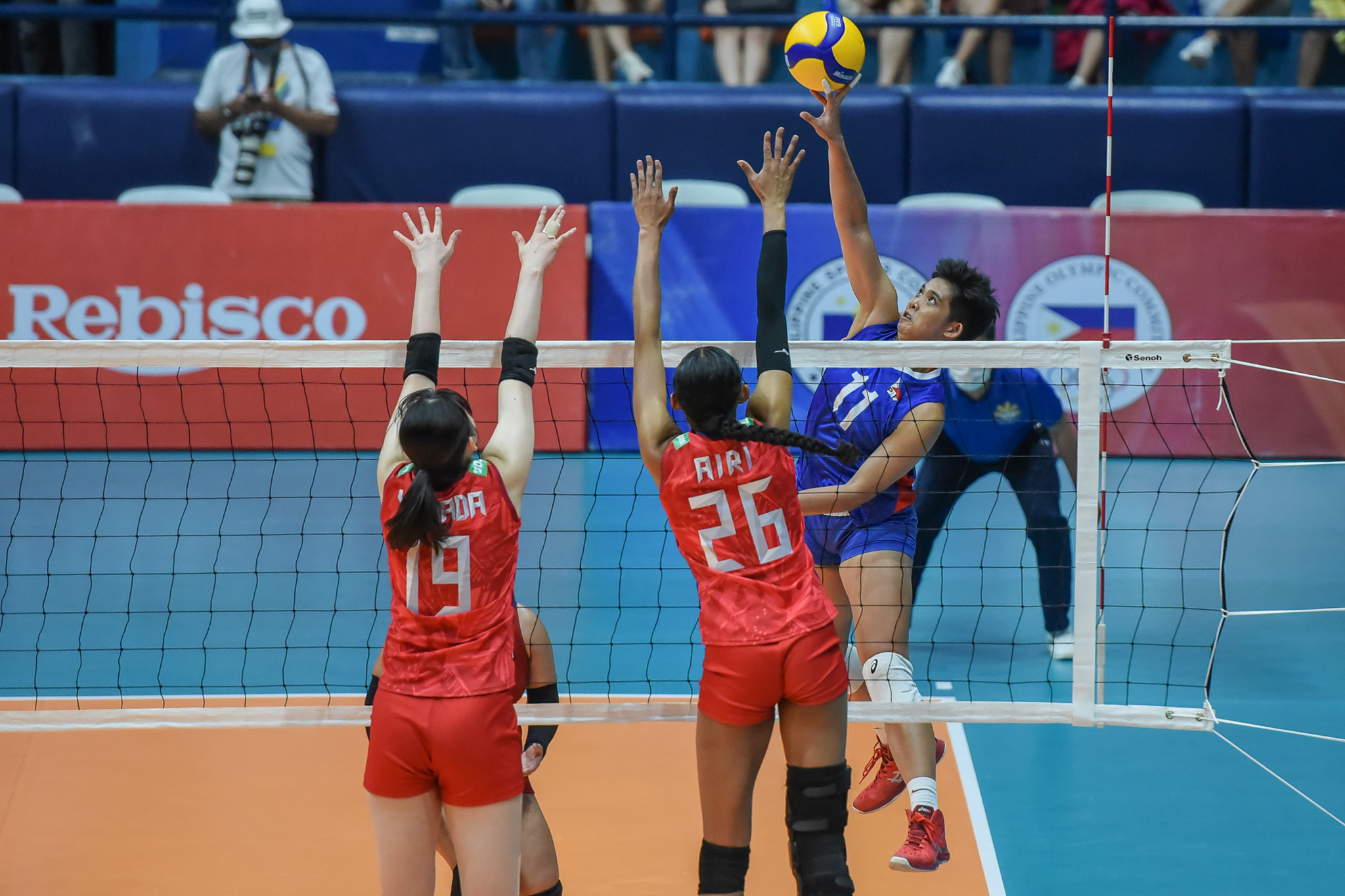 Carlos uncorked 14 points for the Philippines to go with 14 digs. Mylene Paat got eight points, while Aby Maraño had seven points.

Kath Arado delivered on the defensive side with 21 digs and 11 excellent receptions.

The Philippines finished its two-game tuneup games at 0-2 after falling to Thailand in straight sets as well yesterday.

Japan, the only undefeated team in Volleyball Nations League 2022, will kick off Week 2 on Thursday, 7 pm, against Poland at the Smart Araneta Coliseum.